Tewksbury businessman David Larsen never pretended to have deep enough organizational support to merit anything other than an icy reception at any number of GOP county committee confabs.

But when the rightward tilting 7th District challenger to U.S. Rep. Leonard Lance (R-7) issued a withering condemnation of the process while simultaneously trying to give a gentlemanly nod to Union County GOP Chairman Phil Morin (pictured), Morin lashed out at the challenger, condemning what he cited as the candidate’s mischaracterization.

At the county convention on Saturday, Morin submitted Larsen’s name for nomination, an action that Larsen subsequently said distinguished the chairman at an otherwise boorish event.

“Morin’s leadership was bold and challenged the will of the party establishment,” said Larsen, who unsuccessfully challenged Lance in 2010.

“The convention results, however, were typical of establishment politicians and politicos protecting their Washington-insider cronies who fail to measure up to the conservative platform upon which they campaign,” the challenger added. “In the Hunterdon County Convention this Thursday, I anticipate much of the same blind loyalty to Leonard Lance by committee members, who choose to let Congressman Lance’s support of job crushing and Obamacare funding legislation be ignored.”

Morin strenuously objected to Larsen’s characterization of how the convention went down.

“The only reason I placed candidate Larsen’s name into nomination is because as of the eve of our convention the Larsen for Congress campaign failed to find any individual to nominate him or second his nomination — despite knowing our rules and having participated in the convention process in 2010,” said the Union County GOP chairman.

He didn’t stop there.

“As Union County Republican Chairman, I have long believed that even fringe candidates like David Larsen are entitled to an opportunity to compete,” Morin explained. “To this end I placed his name into nomination to save him the embarrassment of having declared his interest in writing to compete in our convention but not having a nomination from the audience to do so.

“In fact, David Larsen’s own campaign manager reached out to me to ‘help’ him find someone to nominate him. Not a single member of the Union County Republican Committee was willing to do so.”

While Morin tousled with Larsen, whose trek from one county event to the next is beginning to resemble Steve Lonegan’s fruitless 2009 tour of pro forma committees that ignored his gubernatorial candidacy and fervently embraced Chris Christie, Lance checked the Tea Party box at a Hands off my Healthcare rally in D.C.

None other than movement conservative leader Lonegan organized buses to that same event.

“I firmly believe we must end ObamaCare,” Lance told a group of nearly 300 New Jersey citizen activists on Capitol Hill. “Only through repeal of the President’s health care law can we pursue real reforms that will lower costs, expand access and grow jobs. Regardless of the Supreme Court’s final deliberations I will continue my fight to repeal ObamaCare.”

In return, Lonegan let the crowd, and Lance, know that he approved of the congressman’s anti-Obama stance.

“We were proud and honored to have Congressman Leonard Lance join us today,” said the New Jersey state director of Americans for Prosperity and former gubernatorial candidate. “Eleven years ago when I took on the state of New Jersey in the practice of borrowing money without the approval of voters, one legislator stood with me and that was Leonard Lance. More than a decade later Leonard Lance once again stands with me on behalf of the New Jersey taxpayers in support of repealing ObamaCare.” 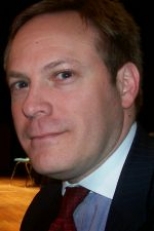