There is a lady running around setting fires in trash cans in Manhattan.

A woman who the authorities said was in her 50s led police officers and firefighters on a chase through Midtown Manhattan on Monday for more than an hour, as she set at least 15 trash cans on fire.

Nobody’s been arrested, which is strange, because one eyewitness described her to the Times as:

“…like this short,” he said, holding his hand about five feet off the ground. “She had a little shopping cart, black jacket, brown pants and brown hat. She was walking up this way. All of a sudden, all the cans were on fire.”

Also strange, because she’s setting trashcan fires in Midtown East, which isn’t exactly inconspicuous as far as Manhattan locales go. So she’s either an arsonist with a trash can fetish or a very mercurial X-Men character. As for how she’s not getting caught? Citizens are either amusingly charmed by the spectacle, nonplussed, or simply ignored by the local authorities. Be vigilant, citizens. Unless you’re not being listened to by anyone who could do anything about it, in which case, just Tweet it out. That’ll work. 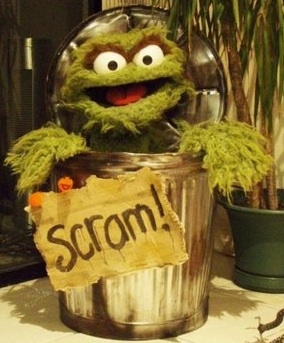