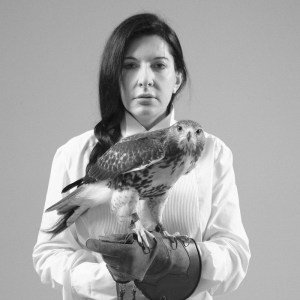 Big words. Well, now, in a press release from her gallery Sean Kelly, Ms. Abramović will cement this point in an upcoming show at the Pavilion of Contemporary Art in Milan. It is called “The Abramović Method.”

The show will focus on three works from the last decade, when Ms. Abramović’s celebrity began to reach beyond the confines of the art world: The House With the Ocean View (2002), Seven Easy Pieces (2005) and The Artist is Present (2010).

In a statement, the artist does not compare herself to Stanislavski, but rather Duchamp:

I have arrived at the conclusion that… the performance has no meaning without the public because, as Duchamp said, it is the public that completes the work of art. In the case of performance, I would say that public and performer are not only complementary but almost inseparable.