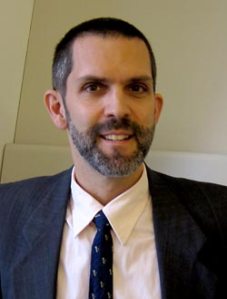 The Morgan Library, which has been amping up its exhibition programming with shows like the recent (and excellent) “Dan Flavin: Drawing,” has named its first curator of photography in the institution’s history, Joel Smith. Mr. Smith is currently the photography curator at Princeton University Art Museum. He will begin his post in September 2012.

According to a press release:

“The Morgan since its earliest years has had a small collection of photographs, including a few works acquired by Pierpont Morgan in the early twentieth century. Since 1924, when the Morgan became a public institution, further examples have regularly entered the collection as gifts and, less often, by purchase. The Morgan’s holdings currently number several thousand photographs, ranging from the work of amateur or unknown photographers to vintage prints by major masters.”

In the collection are major artists like Irving Penn and Diane Arbus, as well as rare daguerreotypes of Edgar Allen Poe and Washington Irving.

“In 2006, we named our first curator of modern and contemporary drawings,” said William M. Griswold, the Morgan’s director, in a statement. “Joel’s appointment is a further example of our efforts to build a collection that reflects the whole history of works on paper.”