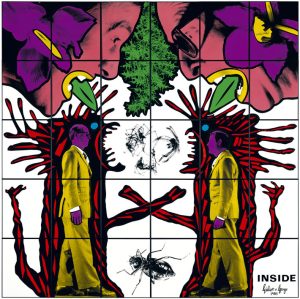 Profiling the Art Dubai art fair, which is undergoing some major changes this year, Gareth Harris reports that the economic slowdown in the emirate has actually helped the culture sector: lower rents mean more new galleries. [The Financial Times]

David LaChapelle speaks extensively to Page Six about how moved he was by the movie Bully. [PageSix]

Christopher Knight weighs in on the new Getty Museum director, Timothy Potts, and argues that, when major works come up for sale, the Getty should consider purchasing them for other Los Angeles museums when it does not have a well developed collection in the given field. [LAT]

Bloomberg brings a new take to the Guy Wildenstein saga, this time through the lens of the victim. [Bloomberg]

People are very excited for the Barnes Foundation, which boasts 15,000 members despite the fact that the place hasn’t even opened yet. [The Philadelphia Inquirer]

Bloomberg gets all meta in their review of Gilbert & George, calling them a “Perv Duo” in the headline. [Bloomberg]

Researchers believe the search for Leonardo da Vinci’s The Battle of Anghiari, believed by some to be behind a fresco in Florence, may be successful. [The Guardian]

Robert Stein, a deputy director at the Indianapolis Museum of Art, is following his old boss, Maxwell L. Anderson, to the Dallas Musuem of Art (where Mr. Anderson is now director), to become deputy director. [ArtDaily]