Cecily McMillan, an Occupy Wall Street activist once profiled in Rolling Stone, suffered a seizure Saturday night during protest action near Zuccotti Park. Many on-scene reported Ms. McMillan had trouble breathing after she was tackled and handcuffed by law enforcement.

A video uploaded to Youtube late Saturday night purports to show the attack. Two women can be heard commenting, “There’s Cecily,” then there is confusion as the police clearly perform a violent take-down on someone in the crowd.

According to Jeff Sharlet’s November, 2011 article about the Occupy Movement, this may be Ms. McMillan’s second violent encounter with police. She is an organizer for the Northeast region of youths involved in the Democratic Socialists of America, which Mr. Sharlet reports is “the largest socialist organization in the United States.” Ms. McMillan, however, once led a more conventional life:

She’s a former cheerleader; she used to want to be a politician. She says her studies and her work – she’s also a nanny – prevent her from sleeping in the park. But she’s not afraid to put her body on the line. She was arrested after she charged Wall Street three times, a “direct action” that even some veteran anarchists – militant and masked – considered wildly courageous, if foolish. A cop thought so, too, blasted her with pepper spray, knocked her down, stepped on her head and snarled at her, “Shut up. You get what you deserve, cunt bitch.”

Reports from various sources over social media and live feeds on UStream indicate she had a seizure and has been taken to an emergency room, possibly with cracked ribs. Jeff Sharlet posted a link to the video on his Twitter feed and pointed out, “Camera’s far off & u can hear body smack.”

The video supposedly showing Ms. McMillan’s arrest is below.

Update: Bucky Turco of AnimalNewYork has published a video of the same event from a different angle. It is no less confusing in showing what happened to Ms. McMillan: 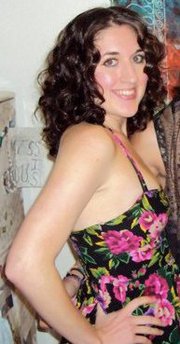