Several Council members held a rally along with several members of the Occupy Wall Street movement to call attention to allegedly excessive force used by police who cleared crowds at the Occupy protest in Zuccotti Park Saturday night. Councilman Ydanis Rodriguez, who has been a staunch supporter of the Occupy movement and claims he was the victim of excessive police force when he was arrested during the eviction of the protest from Zuccotti Park last November, said there will be a massive “Day of Action” for Occupy next Saturday, that he is working on a bill to establish a “protester’s Bill of Rights” and that he plans to push Christine Quinn to hold a hearing reviewing the NYPD’s handling of the occupiers.

“I am here today because, on Saturday night, I saw the NYPD using brutal excessive force arresting peaceful people that had gathered in this park,” Mr. Rodriguez said. “More than 1,000 people came here to celebrate our sixth month anniversary in a peacful way, saying Occupy is here, Occupy is alive, Occupy will not leave.”

Approximately 20 people were arrested Saturday. After being evicted from the park in November, Occupy Wall Street seemingly lost steam through the winter, however, the group’s organizers promise the movement will be resurgent this spring and are planning a large “general strike” May 1 in addition to Saturday’s events.

Councilman Rodriguez was joined at the press conference by fellow Council members Melissa Mark-Viverito and Jumaane Williams, who were both arrested while conducting civil disobedience in support of Occupy Wall Street last November, and Councilman Stephen Levin. Mr. Williams argued the protesters had a legal right to be in Zuccotti Park Saturday night.

“I want to make sure that the mayor, that the commissioner, that the whole world hears that we are still here,” Mr. Williams said. “The problem I have is, we need to understand the Occupy Wall Street movement are not terrorists, they are not enemies of the state. Why are the police treating them as such?”

Zuccotti Park is a privately owned public space. The public is allowed to access the park 24 hours a day as long as they do not sleep there or erect structures. Mr. Williams said he attended Saturday’s protest and witnessed no demonstrators breaking park rules.

“This park is a public private partnership. As a part of that agreement, it has to remain open for 24 hours a day,” Mr. Williams said. “There were no sleeping bags that I saw, there were no tents that I saw, and if there were, you have to give people an opportunity to cure a nuisance when you see it. … In absence of a public safety issue, why did the police start an aggression that they knew would result in people getting injured?”

“What this is about, and let’s be clear, is the suppression of dissent,” Mr. Williams said. “The mayor, as he calls his personal, private army, is using the NYPD to suppress and crush any kind of dissent or speaking.”

Mr. Williams said it is “lazy” of the Bloomberg administration to repeatedly remove the protesters rather than addressing their reasons for demonstrating.

“This movement still has a message, the message is still 100 percent the same; the inequality in this nation, in this city is reprehensible,” Mr. Williams said. “We have a lazy administration and police department in Mayor Bloomberg and Commissioner Kelly. Instead of choosing to deal with the problem and figuring out how we can fix the issues that Occupy Wall Street is doing and talking about, they come to bash heads.”

After Mr. Williams spoke, Mr. Rodriguez introduced Occupy organizer Aaron Black, who he described as “one of the leaders” of the movement.

“We don’t have any leaders here. There are no leaders at Occupy Wall Street,” Mr. Black said. “We started a conversation and we want to continue that conversation. We’ve managed to change that conversation, and for some reason, we keep getting our heads beat in. I’d like to know why.”

Mr. Black was followed by a tearful young woman named Liesbeth Rapp who said she witnessed protesters being “pushed over and stampeded” by the police.

“I saw a girl laying in the street, she had been experiencing seizures and convulsing, her head was unprotected on the concrete,” Ms. Rapp said. “She was surrounded by over 100 police officers. Two EMT’s were standing there and wanted to examine the woman, but they were denied access, despite carrying certification, by the NYPD.”

Ms. Rapp did not seem to have been injured herself, but a subsequent speaker, Bill Livsey, showed off a large bruise on his arm.

“The injury that is sustained on Saturday night is minor, minor compared to some of my fellow protesters who are not standing here right now because they are either in the hospital or still in jail,” said Mr. Livsey, who identified himself as a “musician and activist.” “This injury was sutained when the NYPD came in, there was one police officer who took one hand of mine to pull me up and the other police officer began batoning my left arm.”

The elected officials and occupiers were joined by New York Civil Liberties Union Executive Director Donna Lieberman, who reiterated a call made by some Council members for the establishment of an Inspector General to monitor the NYPD.

“The NYPD is out of control and this is the latest in a steady stream of scandals and abuses; the surveillance, the blanket surveillance of the Muslim community, stop and frisks of hundreds and hundreds of thousands of innocent New Yorkers, the killing of Ramarley Graham and last fall’s attacks on Occupy Wall Street, Ms. Lieberman said. “It is time to hold the NYPD accountable. It’s time for New York City to establish an Inspector General’s office. The NYPD is watching everybody else, but who’s watching the NYPD?”

Councilwoman Mark-Viverito spoke out to express her support for Occupy Wall Street.

“Occupy Wall Street and this movement is a reality in New York City. It is a reality that continues to grow and will continue to be a presence in this city,” she said. “They are speaking out with courage against a disparity that exists and I support that movement.”

Occupy Wall Street is getting some support in Washington as well as support from the City Council. Last December, Congressman Jerrold Nadler, whose district includes Zuccotti Park, called for a federal investigation into police conduct during the raid on Occupy Wall Street. As a response to Saturday’s events, Mr. Nadler issued a statement reiterating his call for an Occupy investigation.

“I am disturbed yet again by allegations of police misconduct and excessive force used against Occupy Wall Street protesters during this weekend’s demonstrations at Zuccotti Park. Our law enforcement officers are charged with protecting our health and safety, but that duty must always be carried out with respect for the fundamental First Amendment rights to free expression and peaceful assembly,” Mr. Nadler said. “Once again, I call on Attorney General Holder to launch a thorough investigation into law enforcement activities surrounding Occupy Wall Street – and its national offshoots – to determine whether the police have indeed violated the civil liberties of demonstrators or members of the media.” 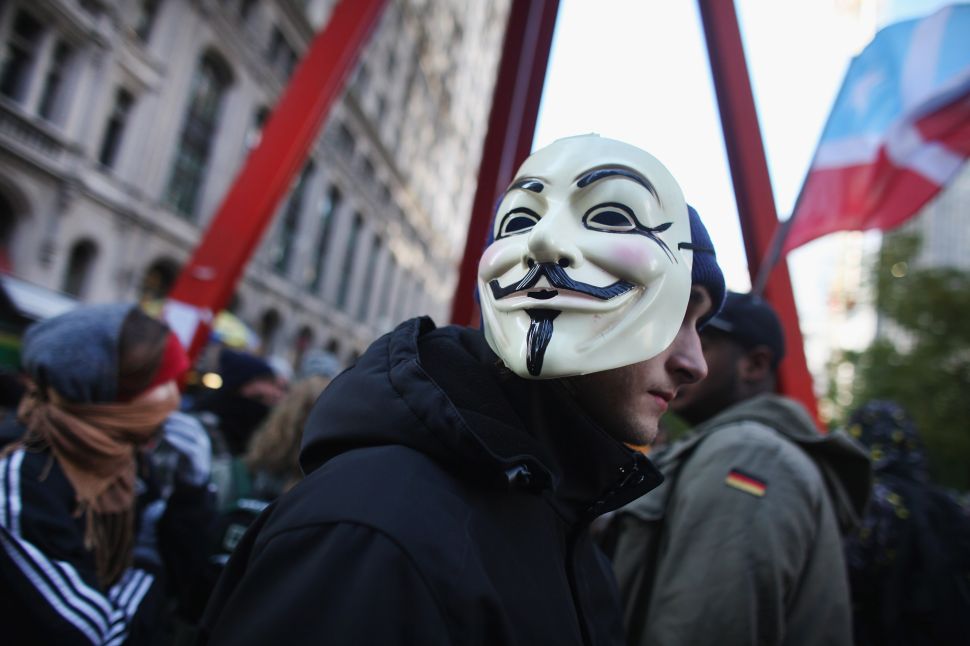