The wide of embattled former State Senator Pedro Espada is seeking some divine intervention in the trial of her husband and son. Yesterday, as one of Mr. Espada’s former employees took the stand and testified against him, his wife, Connie, posted a prayer request on her Facebook page.

“Lord pls pray us & pls keep all my enemies away, let them not be able 2 bring us harm Amen,” she wrote.

Mr. Espada and his son, Pedro G. Espada, are currently on trial for allegedly taking more than half-a-million dollars from the taxpayer-funded Soundview Health Clinic network they operated. Their trial began Tuesday. Several of Mr. Espada’s family members and associates received jobs with the clinic and the ex-senator allegedly used the cash for personal expenses including a six-figure meal tab.

“I heard he worked in a restaurant — I think he was a cook,” Ms. Cruz said.

“We need to save Soundview Health Center, people outside of our area don’t care about Blacks & Latinos. We need united & fight for Soundview that our family & fight for family,” she wrote. 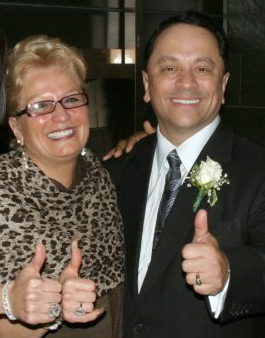