St. Vincent’s hospital was closed in 2010, but a group of six demonstrators spent much of yesterday protesting Council Speaker Christine Quinn and the City Council for voting to approve Rudin Management’s plan for the site formerly occupied by the hospital. The protesters appeared at yesterday’s council meeting when the vote was taken and were thrown out after booing from the gallery. They also followed Ms. Quinn to her appearance at a 92nd Street Y panel where people in the audience heckled Ms. Quinn as she spoke and a small contingent stood outside holding signs that said carried signs showing off the low number of hospital beds on the West Side below 57th Street and mocking Ms. Quinn with the slogan “Quinn To City: Drop Dead.”

“You know, it was all basically a done deal and Christine has the entire City Council in her pocket and the mayor did not stand up for a full service emergency hospital. There’s no reason why there can’t be an emergency hospital,” Ms. Katz told The Politicker. “Christine Quinn, this is her district, she betrayed her district, she betrayed the entire downtown community.”

Ms. Quinn has been praised for extracting a series of concessions from Rudin Management in the plan approved by the Council. Under the deal Rudin agreed to reduce the number of condos that will be built on the site and to give up land that will be used for a park, 24-hour medical center and school.

“Nearly two years after we lost a long and valiant fight to keep our beloved St. Vincent’s open, we are pleased to announce today an agreement surrounding North Shore-Long Island Jewish Health System’s plan to open a state of the art comprehensive care center and 24 hour emergency room in its place,” Ms. Quinn said in a statement when plans for the media center were first announced. “While we continue to advocate for a full service hospital, I welcome the outstanding emergency, primary, and specialty healthcare services that this project will bring.”

St. Vincent’s had a multimillion dollar debt at the time of its closure. Ms. Katz and the other protesters argue Ms. Quinn favored Rudin Management over the needs of her constituents. Ms. Quinn has accepted at least $14,800 in donations from Rudin Management executives so far during this election cycle.

“Nobody wanted condos we wanted a full service hospital,” Ms. Katz said. “This is all about the Rudins and it’s about 20 buildings that they own.”

“I was being loud and kind of screaming during the conference,” Ms. Katz said. “Some people were offended and some people were like, right on, because there’s not a lot of difference between hospitals closing that are closing to the 99 percent. … Here’s a kid who was shot and you’ve got hospitals closed where you had a lot of low income patients coming.”

Ms. Katz said she and the other hospital protesters plan to continue staging demonstrations against Ms. Quinn. 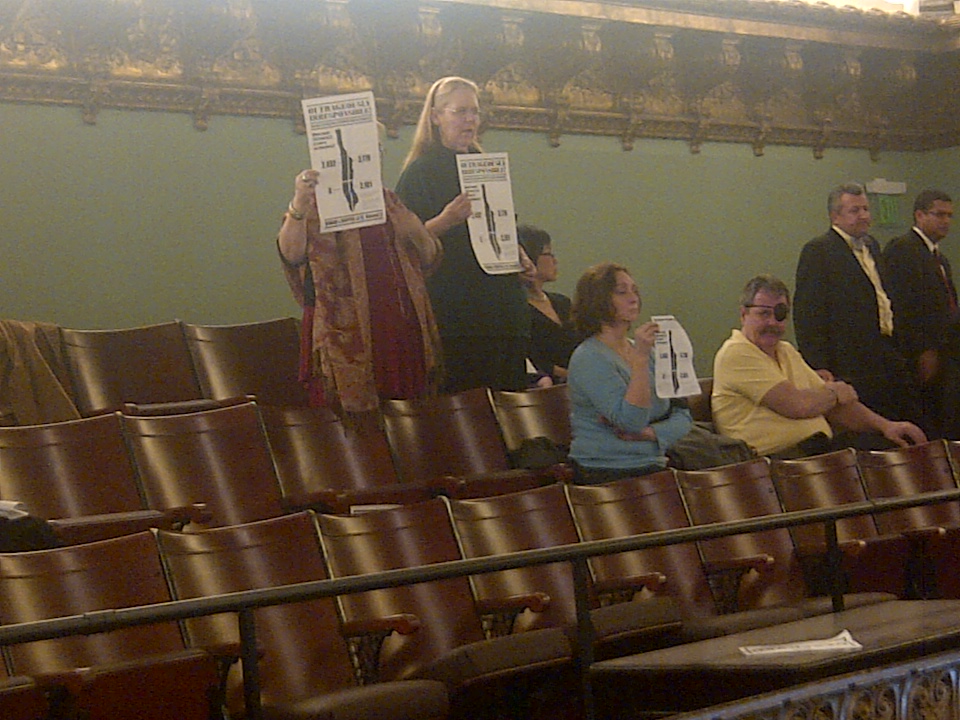