“The values that have dominated the American political landscape for decades include an obsession with gay marriage, abortion, and now contraception,” said Rabbi Shmuley, a Republican. “If elected, I pledge to be a ‘values voice’ in Congress, and focus on issues that have largely been ignored; it is time to expand the values conversation and agenda, and once again make them the center of our country. Let’s begin with saving the institution of marriage by making family a priority again.”

A best-selling author, Shmuley said he wants to promote legislation that would make marital counseling tax-deductible to help combat the high divorce rate; push for a flat tax and simplification of the tax code to lessen the tax burden on working parents and promote a national year of service among high school students that will count for a year of college credits.

The rabbi said he wants to work to provide vouchers for school children, “advance a values-based class in America’s public schools that focuses on the values that are at the heart of the republic,” and advocate a foreign policy that strongly promotes freedom and democracy and “holds tyrants accountable for brutalizing their people,” Shmuley said. 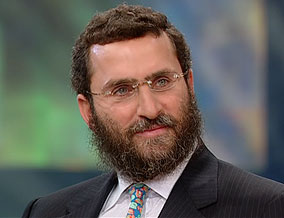