Rosie Pope, getting paid $415-an-hour to do this

While most of us are forced to take maternity leave after having a kid, there are a few enterprising individuals who have learned how to make babies into a business.

Rosie Pope, the 32-year-old British self-made millionaire wasn’t just content with her own baby couture stores (Rosie Pope Maternity), a reality show (Remember Pregnant in Heels? It’s coming back to Bravo this summer!) and a 2,100-square-foot home in TriBeCa with her own brood. Now she’s revealed that she’s also paid exorbitant amounts of money to act as a “baby concierge” to New York’s most neurotic, richest parents. And no, that’s not just about helping your precious Muffy get into Dalton. It’s about creating a life-long sense of entitlement!

According to the Daily Mail:

Since setting up her business in 2008 the 32-year-old, who charges £315 an hour for her services, has been in high demand.

From thinking up baby names to designing couture gowns for the delivery room, Pope is used to receiving all kinds of weird requests.

So for $495-an-hour (converting to dollars), Ms. Pope will help you think of the best name for your new son so he will become president. And luckily, the social media strategist promises, “‘I have never been asked to brand a baby before.”

Which doesn’t mean that she WON’T do it, of course. She just hasn’t been asked yet. 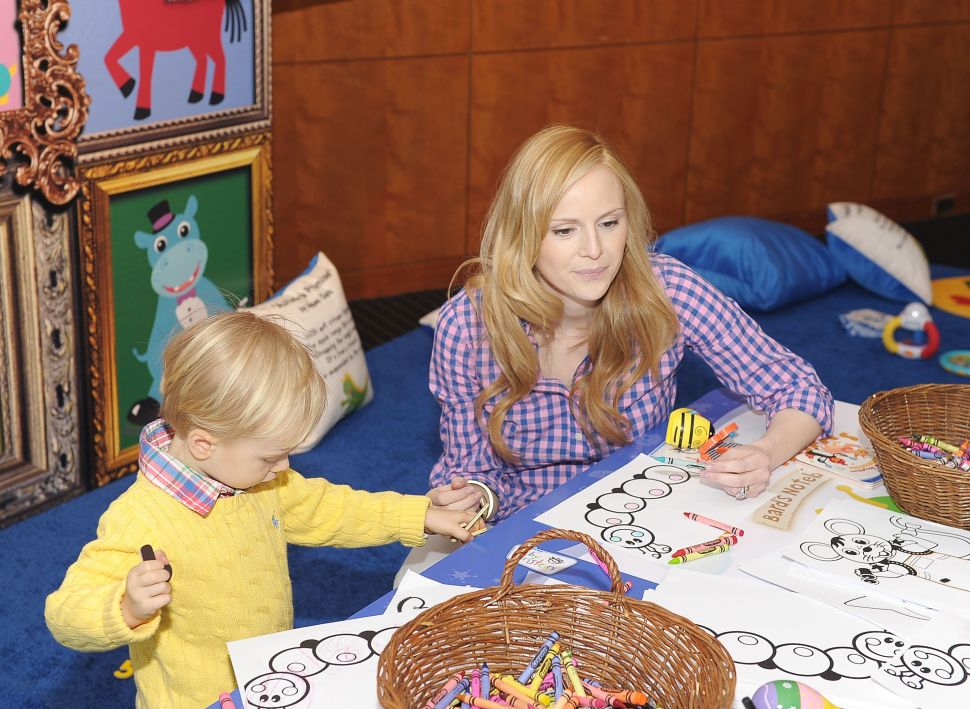