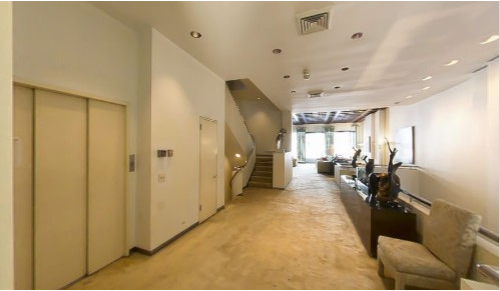 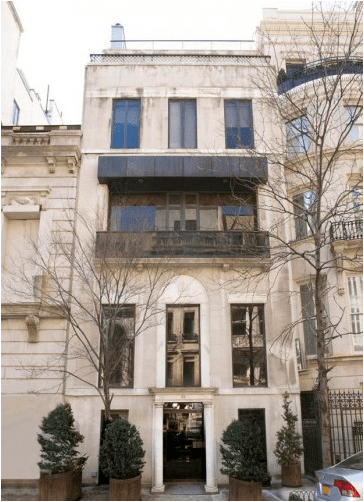 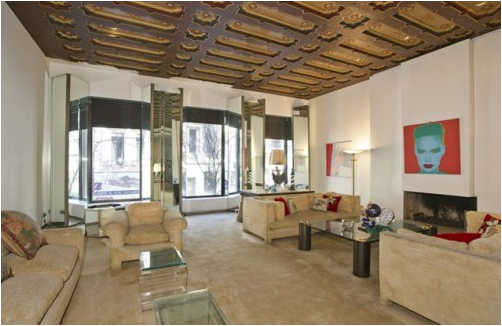 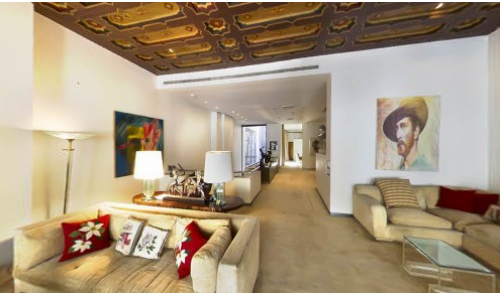 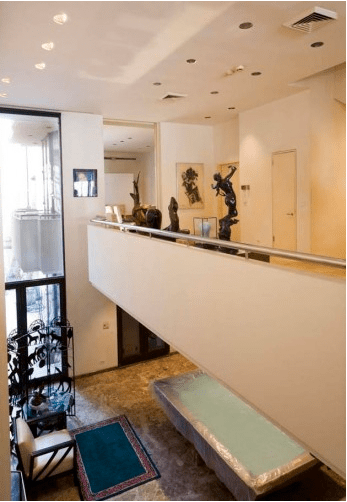 Check out the mezzanine.
jhanasobserver 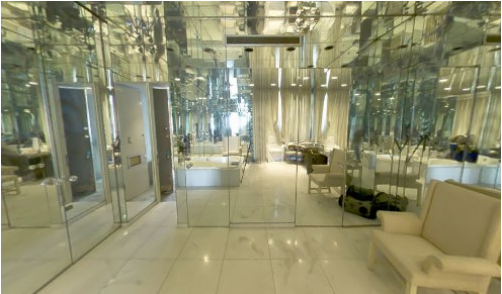 That is some bathroom.
jhanasobserver 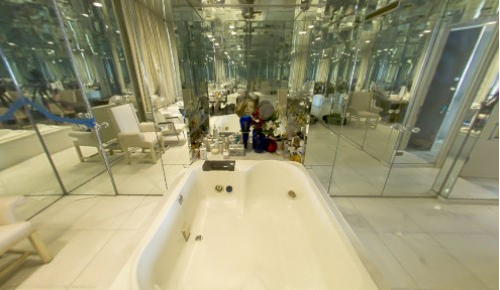 Don't forget to clean behind your neck.
jhanasobserver
Advertisement 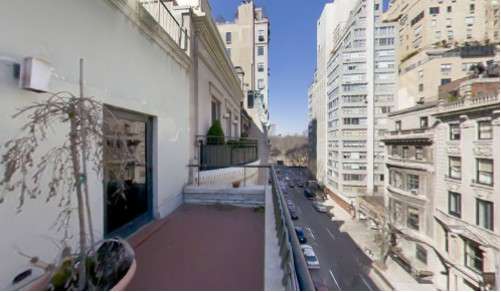 You can wave to all the neighbors.
jhanasobserver 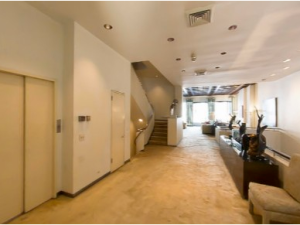 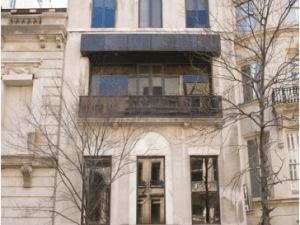 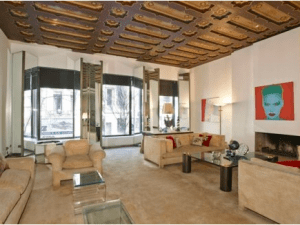 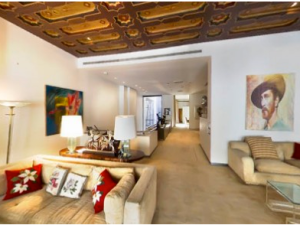 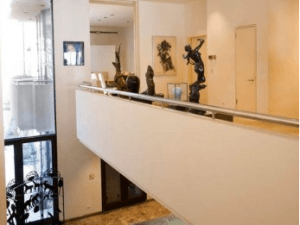 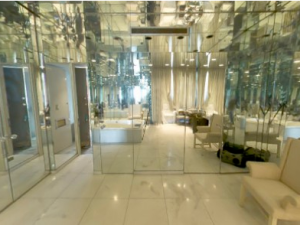 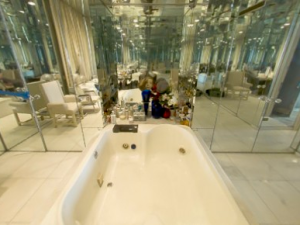 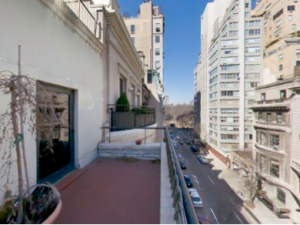 The price of M. Michael Kulukundis’s East 67th Street mansion looks to have sunk further than even the Titanic. Put on the market just under a year ago for $25 million, the 10,500-square-foot townhouse has just sold for $13.995 million, almost half off.

A former shipping magnate whose family’s merchant business dates back to 1832, Kulukundis passed away two years ago, according to a death notice in The Times. The steep price cut does not so much reflect the home itself at 12 East 67th Street, which sits on one of the primest blocks on the Upper East Side—next door to the old Guccione mansion that the Falcones are now renovating, and across the street from Jeff Koon’s fantastic townhouse combo at 11 and 13 East 67th Street—but its outdated state

Inside, the home is an utter throwback to the 1970s, though its last renovation, according to a Massey Knakal listing, “created a modern, light and airy layout with contemporary finishes.” How much the renovations would cost yet again is anyone’s guess. The limestone home does have fine pedigree, built in 1879—47 years after the Kulukundis clan went into business—and made over in 1920 “by James Gamble Rodgers to a Remnants of Regency Revival style for then owner Frank C. Munson,” according to the listing. The purchase was made anonymously.