DURING OUR INTERVIEW, Mr. Bayless looked relaxed and fit—much more Felix Unger than Oscar Madison. Still, he said that First Take had taken a toll on him. “The energy drain of the show is incomprehensible,” he said.

Since the change to two hours of live debate, Mr. Bayless claims he has the hardest job at ESPN. His days really start at 6 p.m., he explained, when he watches SportsCenter. He’ll then devour games until about 1 a.m., all the while scouring the Internet for bits of data that he can employ in the next day’s debates. Upon waking at 5 a.m., he logs onto Twitter. He then runs on a treadmill for an hour before getting into ESPN’s Bristol, Connecticut, office at around 7. After the show, he often lifts weights. “I’m pretty ripped,” he said confidently. “The pressure of the show drains me. It’s why I work out so hard. It’s why I’m jacked. I have to be to stand up to the beating of it.”

Mr. Bayless is currently engaged to Ernestine Sclafani, a publicist. They met seven years ago at ESPN and on their first date, he informed her that he is married to his job. (His first marriage, to his junior high sweetheart, ended in 1980.)

After leaving Dallas, Mr. Bayless bounced around between several papers, landing full-time in 2004 at ESPN.com, where he’d been a contributor since 1989. He discontinued his ESPN column in 2007, and while he said he misses writing and professed to have another book planned, he said his First Take gig—and the notoriety that has come with it—was plenty fulfilling for the time being. 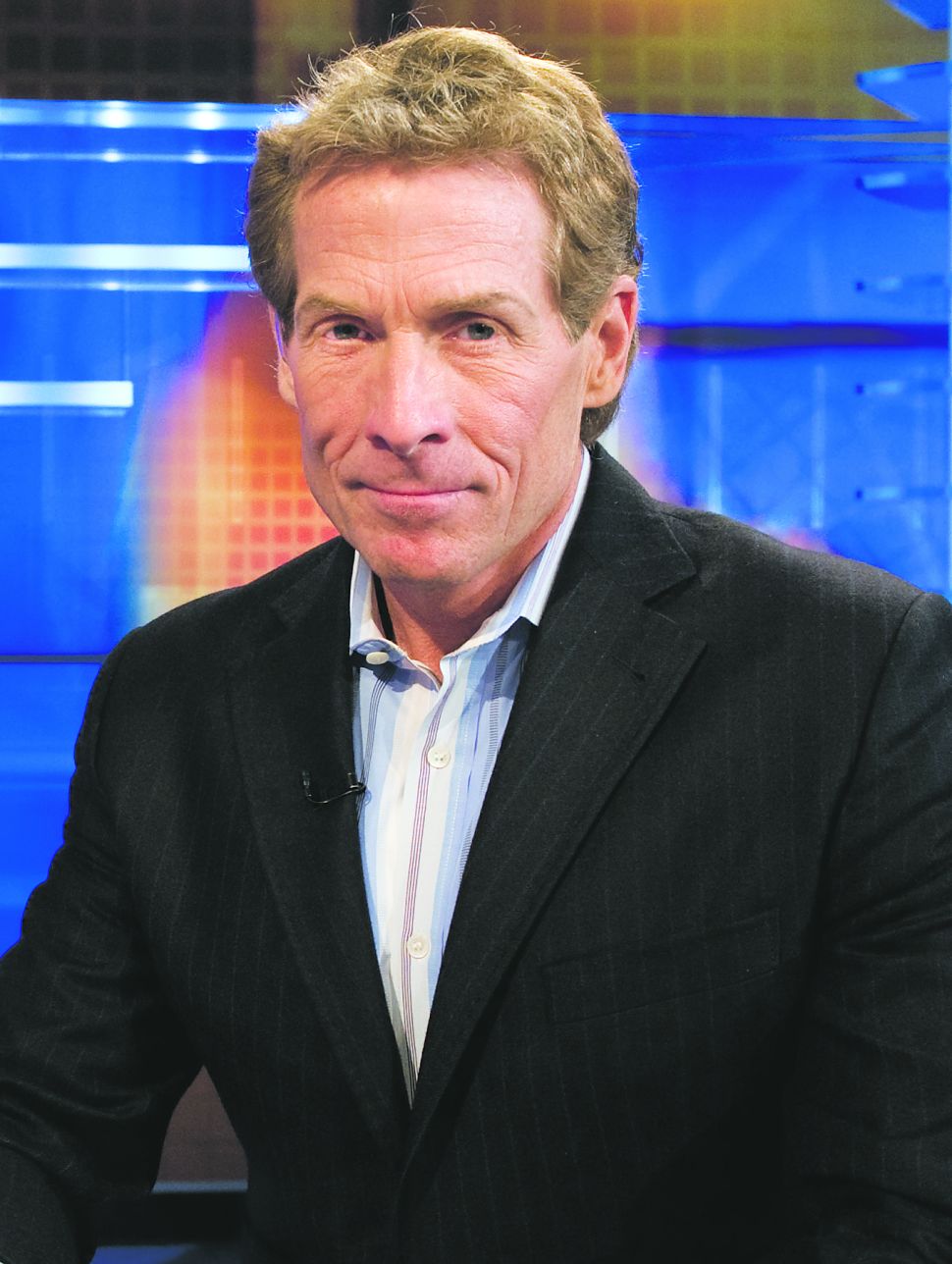