Two sources have confirmed to Betabeat that Summit Series–the haute entrepreneurship conference attended by high-net-worth types like Peter Thiel, Evan Williams, Richard Branson, Chris Sacca, Sam Lessin, and Dave Morin–has raised $40 million to purchase a mountain. No, we did not take any drugs today. As Business Insider reported last week, the organizers behind Summit Series, which Forbes dubbed, “The Hipper Davos,” were trying to raise money to acquire “some permanent space”  in order to “re-create a culture year-round for innovation, entrepreneurship and kindness.”

When you host events like a 60-person Cancun retreat in the midst of a crippling recession, three-day luxury jaunts to Lake Tahoe, and $3,500-a-person “shmooze cruise” to brainstorm ways to save the ocean, we guess a mountain is the first thing that comes to mind when you think of “permanent space.”

One of our sources said that Summit Series, which is based in Malibu, purchased Powder Mountain resort in Utah. That was the same mountain named in the organization’s pitch to raise funds, which was leaked to Business Insider, who also reported an unconfirmed $40 million price tag.

END_OF_DOCUMENT_TOKEN_TO_BE_REPLACED 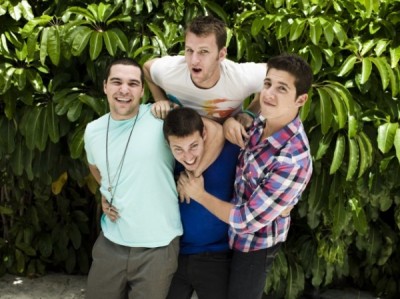