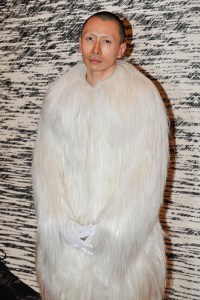 New York’s Sean Kelly Gallery announced today that it will represent the artist Terence Koh in New York. The artist, who is known for sometimes-harrowing performances and artworks that feature skulls, salt and semen (most of his works are white or black), had a hit last year with his one-person show at the Mary Boone Gallery in Chelsea, where he spent a month on his knees, slowly making his way around a pile of salt during visiting hours.

Mr. Kelly has been on a signing streak recently, adding photographer Alec Soth (formerly of Gagosian), painter Kehinde Wiley (once of the defunct Deitch Projects) and sculptor Nathan Mabry over the past year.