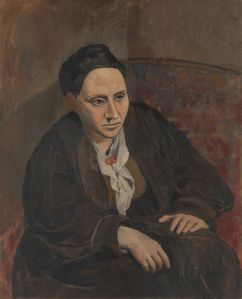 Metropolitan Museum of Art
Elsa Schiaparelli and Miuccia Prada: On Fashion
May 10–August 19
From the people who brought you Alexander McQueen’s dark, twisted vision and the lines out the door that went with it comes an ambitious project involving two of the 20th century’s greatest designers. Apparently inspired by the “Impossible Interviews” series in the Vanity Fair of the 1930s (Condé Nast has helped foot the bill), the show will feature a series of “Impossible Conversations” between the designers on topics ranging from politics to women and creativity, with each of their points hammered home by 80 designs from the two women. It’s sure to be an alluring tricolor of Surrealism, postmodernism and haute couture.

Neue Galerie
Heinrich Kuhn and His American Circle
April 26–August 27
Heinrich Kuhn was a turn-of-century photographic pioneer best known for his ability to translate the aesthetic vision of Impressionist painting into the medium of photography at a time when, in the mind of the public, the craft still toed the line between art and science. This new exhibition explores his relationship with New York’s avant-garde photography circle and his friendship with Alfred Stieglitz and Edward Steichen. Those two have been museum darlings of late—now it’s Kuhn’s moment in the spotlight.

The Guggenheim
Francesca Woodman
March 16–June 13
The first major survey of the photographer’s brief career, this comprehensive show includes 120 photographs that range from her student photographs to studies for her Temple collage project, which reconfigured her friends as architecture. That piece was one of her later works, from 1980, a year before she killed herself at age 22. Woodman photographed herself and her friends in long exposure, yielding surreal black-and-white works that feel ripped from an earlier time, or a space that exists outside linearity. The show, which might provide something of a counterpoint to MoMA’s Cindy Sherman retrospective, will also include six of her recently discovered short videos.

Metropolitan Museum of Art
The Steins Collect: Matisse, Picasso, and the Parisian Avant-Garde
Through June 3
You’ve watched your Midnight in Paris, you’ve read your A Moveable Feast, but still you want more. Well, buckle up, Alice B. Toklas, because you’re about to have 1920s Paris up to your ears. The Steins—Gertrude, Leo, Michael, and his wife, Sarah—collected hundreds of works at the cutting edge of art, in a period when the support of collectors meant everything to the legitimacy of an artist who might otherwise offend. Standouts from the show include Picasso’s painting of Gertrude Stein and Matisse’s Woman with a Hat, purchased by Leo from the “fauve” Salon d’Automne of 1905. To quote Henry Miller: Fuck!

Asia Society Museum
Wu Guanzhong: Abstraction and Tradition
April 25–August 5
Is China going to be the dominant cultural force of the 21st century, as it’s already bound to be the dominant economic force? If, in the interest of hedging your bets, you’d like to brush up on your Chinese touchstones, you could do worse than this retrospective of Wu Guanzhong, one of the country’s most important 20th-century artists, whose show at Asia Society represents his first major retrospective in New York. The emphasis here is on his ink landscape paintings from the 1970s and 1980s, which
blend Impressionist attitudes with expressive lines—Paris school flourishes from a man who was once forbidden to paint for three years during the Cultural Revolution.

Park Avenue Armory
Tom Sachs’ Space Program 2.0: Mars
May 12–June 17
Prepare for re-entry! Expanding on his lunar landing at Gagosian Gallery in Beverly Hills, Tom Sachs has planned a massive new installation for the 55,000-square-foot drill hall of the Park Avenue Armory. This new chapter of his Space Program is even more extensive than the first, and brings a hefty portion of the red planet to the Upper East Side. Visitors can watch crew members engage in rover deployment, red beans and rice preparation, and suiting protocol, and in some cases participate. “‘Space Program 2.0: Mars’ blurs the lines between art and science,” said Anne Pasternak, head of Creative Time, which is sponsoring the event, “offering audiences a fresh perspective on the past, present and future of space exploration.”

The Morgan Library
Winston Churchill: The Power of Words
June 8–September 23
Drafts, speaking notes and personal and official correspondence from the man who coined the phrase “Iron Curtain” are the stuff of what promises to be a revelatory show. In addition to being a famously great speechwriter and orator, Churchill was also, at one time, a journalist, acting as a war correspondent for London newspapers; he went on to become the only prime minister ever to win the Nobel Prize in Literature. The Morgan has worked with the Churchill Archives Centre in Cambridge for this exhibition and the only foreseeable downside is the inevitable crowds. We will fight them on the free Friday evenings, we will fight them on the Sunday afternoons.

Japan Society
Deco Japan
March 16–June 10
Just when you thought the 3D Great Gatsby movie must be the most surreal take on the 1920s, Japan Society offers this fascinating look at the pre-WWII trends of cosmopolitan Japan. The show focuses on the way Art Deco bled into design across the board, but the centerpiece of the show is the aesthetic of the moga, “modern girls,” in all their geisha-meets-garçonnes glory. Picture kimonos with skyscrapers. Picture one of those angular travel posters from bad French restaurants, but imagine a heron flying serenely before the iron steam-liner. It’s considered appropriate to consume both sake and Champagne before attending this exhibition.

The Jewish Museum
Kehinde Wiley/The World Stage: Israel
Through July 29
The Jewish Museum presents new work by the ever-popular Kehinde Wiley, who has brought his classical style of painting urban young men to the discos and shopping malls of Jerusalem, Tel Aviv and Lod. The hand-carved frames for the new works, in what the museum calls the “Jewish decorative tradition,” feature writing—for the men in the paintings who are Jewish it’s the Ten Commandments, for the Arabs it’s Rodney King: “Can we all get along?” The exhibition is also, in a sense, curated by Mr. Wiley, whose work will is shown alongside items of Judaica from the museum’s  collection.

New York Historical Society
Beer Here: Brewing New York’s History
May 25–September 2
We’ve been making beer in this city for 350 years and, experts agree, consuming it for nearly as long. You might say that New York has a unique relationship with beer—consider former Yankees owner and brewery man Jacob Ruppert, or the fact that McSorley’s refused to serve women until the bar was sued by NOW—and this exhibition explores the history of the local craft from hops to hooch-slingers. Step right up to see the account book of the brewer who, in 1779, sold beer to both the British and the patriots. See our belligerent signs decrying the evils of prohibition. And, yes, there’s a bar.