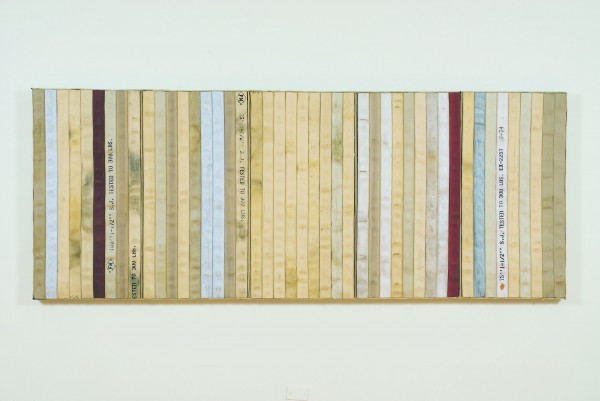 Some of today’s most celebrated artists really want to spend time with you. At her 2010 Museum of Modern Art retrospective, Marina Abramovic invited visitors to sit across from her and stare. Los Angeles Dawn Kasper has installed her studio in this year’s Whitney Biennial and is chatting with guests. And now the Chicago artist Theaster Gates has decided to sit in a café at the Armory Show from March 8 to 10, speaking with all comers.

“As he’s described it, he’s going to be in the belly of the whale for three days,” Armory Show founding director Paul Morris told us on Sunday night inside Pier 94 on the Hudson, where the fair’s exhibitors will present work through Sunday. “Some artists are more hesitant about staying at an art fair for a long time, and he’s like, ‘Bring it on!’”

Mr. Gates has a habit of transforming social events into something more. Last year, after a cocktail party for the Armory at the Gramercy Park Hotel (where the fair started in 1994), he unleashed an impromptu solo concert, serenading guests a cappella in his Chicago dealer Kavi Gupta’s hotel room with songs about his socially engaged practice. (He’s turned abandoned buildings into libraries and kitchens.) It was intense.

Calling on Monday just before taking off in a plane for New York, Mr. Gupta explained that Mr. Gates came up with the idea for his art fair residency, titled SEE, SIT, SUP, SIP, SING: Holding Court, because a number of art types—curators, collectors and so forth—wanted to meet with him to discuss projects while he visits the city during the Armory Show, which has commissioned him to make a benefit edition to raise money for MoMA: “Why not just do it all here?”

The artist will sit at a large table made from desks sourced from an old school on Chicago’s South Side, where Mr. Gates does much of his work. “It’s a fantastic object,” Mr. Gupta told us, noting that there are “three generations of kids’ scrawl—these go back to the ’40s and ’50s.” Dealer and artist haven’t decided whether or not it will be for sale. The gallerist was quick to laud Mr. Morris for letting the artist take over the café.

Even those without specific business with the artist are being encouraged to stop by and meet him. “Just be careful,” Mr. Morris warned, in a half-joking tone. “He’s very seductive. He can talk you into anything!”