MMA fighters duking it out at a recent UFC bout in Australia. (Photo: Getty)

“We are very appreciative of the leadership shown by Senator Skelos and the members of the Senate, who have twice overwhelmingly approved legislation on a bi-partisan basis to bring the UFC and MMA to New York,” Mr. Fertitta said. “It is our hope – and the hope of MMA fans across New York – that the Assembly will also vote to include this legislation in the final budget that is approved by the Legislature, and Governor Cuomo will sign it into law.”

In addition to including MMA in the budget, Senator Joseph Griffo has been pursuing legislation that would legalize and regulate MMA since January 2011. Senator Griffo’s bill passed in the Senate last May, but it died in the Assembly in January. The Assembly has not included any provision for MMA on its budget and Governor Andrew Cuomo hasn’t taken a strong stance on the issue.

“Last week we held a press conference at Radio City Music Hall to announce the upcoming UFC on FOX fights taking place in New Jersey on May 5, and as I said then, we are anxious and eager to bring the UFC to New York,” Mr. Fertitta said. “Our millions of fans in New York are even more anxious and eager to see the fastest growing sport in the world live at venues across the state from Long Island and New York City, to Buffalo and Rochester, as well as communities in between.”

Connecticut is currently considering a bill that would legalize MMA in that state. 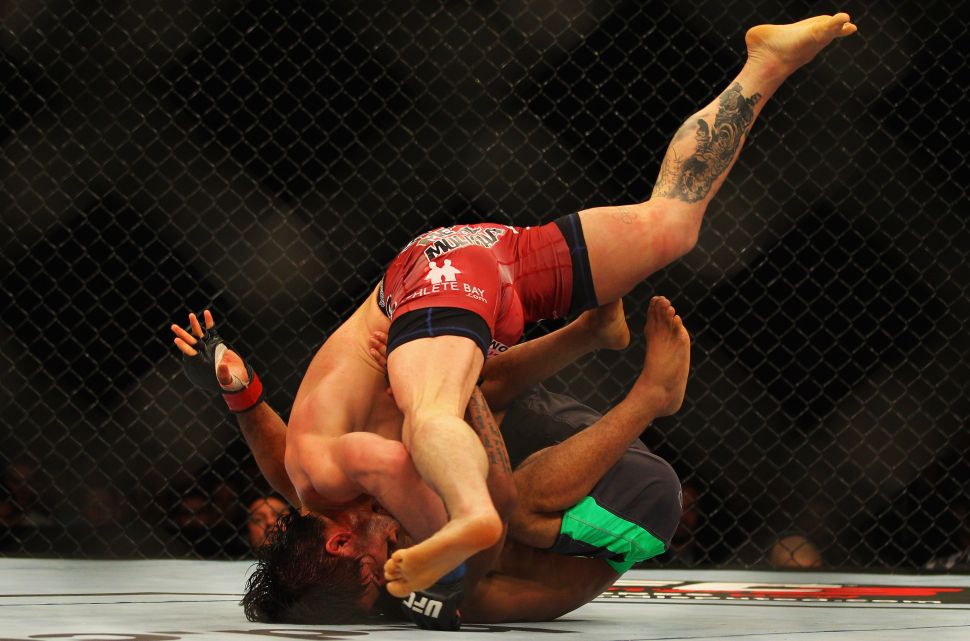