Over the weekend, 14 people were arrested during Occupy Wall Street protest in Union Square. The participants were demonstrating against Commissioner Ray Kelly and police brutality, and friends told us to avoid the area at all costs.

“The police are really jumpy today,” The Observer was advised.

But protesters had another group to contend with: the burnouts, skaters, and drug dealers who spend their days in the Square, and didn’t appreciate the extra heat OWS brought to their stomping grounds.

Bucky Turco from Animal interviewed some of the Union Square regulars on Friday, including a skateboarder who was screaming “They smell like wild piss!”

We had our own interaction with a local around 5:00 p.m., when we were walking down 15th st. and Irving Plaza. A young man approached us.

“Have you been over there,” the dread-locked kid asked us, shifting his backpack so he could point over to the square. “It’s nuts.”

We had heard about the protests…were they really out of control?

“Yeah!” The young man exclaimed. “Especially when you are tripping on acid. I just had to like, get out of there before I started to feel bad about things.”

Fair enough. “Feeling bad about things” is certainly not in the OWS credo.

The individual smiled, looked around and then asked how to get to Second Avenue. We told him, and he went scampering off. Five minutes later, he was back.

“I forgot the directions,” he admitted.

“Just go straight,” we advised. “You’ll get there eventually.” 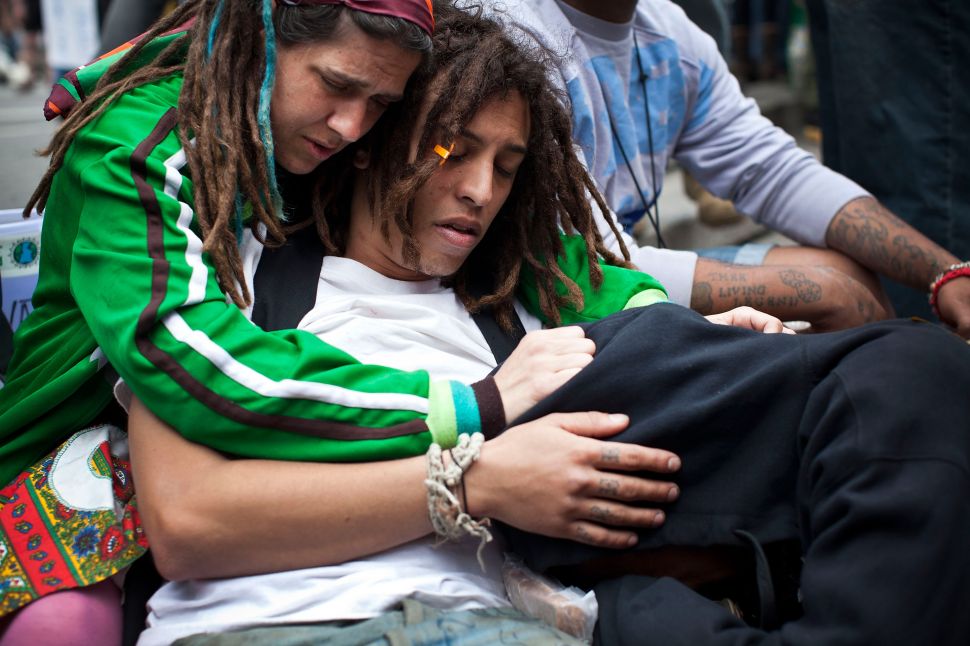