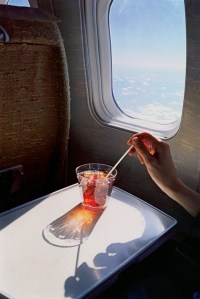 Photographer William Eggleston’s Damien Hirst-like single artist sale made $5.9 million at Christie’s New York yesterday, trouncing the $2.7 million estimate reported in The New York Times earlier this year, with every single one of the 36 lots on offer selling. That 100 percent sell-through rate is known in auction parlance as a white glove sale.

Some of the works on offers were enlarged versions (measuring 44 by 60 inches) of the photographer’s most iconic images from the 1970s and ’80s, and were being sold to benefit the Eggleston Artistic Trust, which aims to preserve the 72-year-old artist’s artistic legacy. Others came from negatives that he shot during those decades and never produced.

Top-lot honors went to Mr. Eggleston’s Untitled (1970), perhaps his best known image, a shot of a tiny three-wheel bicycle from a low vantage point, making it appear to loom over a single-story house in the background. It made $578,500, well above its $200,000 to $300,000 estimate, and amounted to a new record for a single print by the artist at auction.