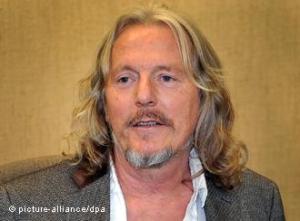 Wolfgang Beltracchi, the ringleader of an art forgery operation in Germany who will begin serving his six-year sentence this month, spoke to Der Spiegel about the extent of his crimes. He was convicted of counterfeiting 14 paintings by six artists, including Fernand Léger and Max Ernst. He told the German newspaper that he was involved in forging works by “about 50” artists.

For some background, this guy has been doing this for decades:

In the 1980s and 1990s, he invented the “Knops” and “Jägers” art collections, comprised of classic modern works that were thought to have been lost. In reality, Beltracchi had forged the pieces. He made a fortune off of eager collectors, including American comedian and art collector Steve Martin.

Steve Martin! That guy wrote a novel about the art world and he plays the banjo (banjo players are, as a whole, smarter and more tasteful than the average non-banjo player). These forgeries had to have been pretty good!

Then again, he could just be bragging.