“I believe that in the last couple of demonstrations there have been a lot of questions about how the NYPD has been handling the arrests,” Mr. Rodriguez said. “I witnessed the excessive use of force used by the NYPD last Saturday making the arrest and I believe that a ‘Protester’s Bill of Rights’ will help both the protesters and the NYPD to have a clear understanding of the rights and responsibilities of both the protesters and the NYPD.”

Mr. Gambling, who famously dubbed the Occupiers “zoo creatures” last November, asked Mr. Rodriguez if he thinks “that all of the bad falls to the police and all of the good falls to the Occupy Wall Streeters.”

“No. I support the Occupy movement because I believe that this movement stands for the needs of the working class and the middle class,” Mr. Rodriguez said. “I praise the NYPD, I know that the NYPD has been doing great work keeping my community safe and our city safe.”

“The things that you just said, I understand and to a certain degree. I agree with the points that you just laid out,” Mr. Gambling said. “What I think you’re making a mistake here is getting behind OWS, Occupy Wall Street, because I think these people are a bunch of losers. I think they’re nothing but thugs and anarchists, and all they want to do is make trouble.”

“When I had the opportunity to spend some time at Zuccotti Park in the past, I saw thousands of people, young people, I saw senior citizens who were active and have been active citizens, people who were part of the civil rights movement,” Mr. Rodriguez said.

In the end, they agreed to disagree.

“I don’t agree with you backing these guys, as I just said, but Ydanis, hang in there buddy,” Mr. Gambling said. “Thanks a lot appreciate your time, thanks for your opinion and your point of view, it is far different from mine.” 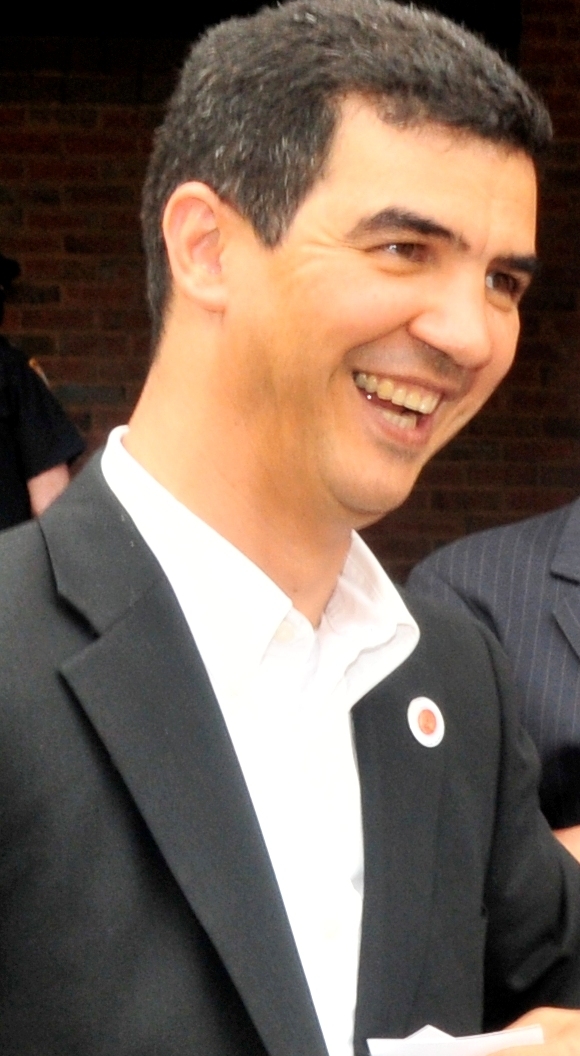