Really, every character in Girls has an identity essentially defined by their relationship to dick. Hanna: gets abused by dick. French girl: gets pregnant by dick. Marnie: doesn’t want to see her man’s dick. Uptight Jewy girl: desperately seeking dick (come on, her name is SHOSHANNA SHAPIRO).

If you don’t have an opinion about Lena Dunham‘s HBO show by now, than who are you, really? We’re beginning to think the HBO program is actually just a Rorschach test of crazy, with a lot of people are happy to participate in this experiment of outrage over perceived slights over feminism/racism/dick-ism/whatever-happens-next-week-ism.

Mr. Huang’s FOB blog goes through a list of sensationalist criticism of the show, some of which is recapped below:

Of course, then he hits on what is actually a very astute critique of Ms. Dunham’s zeitgeist-y program:

The show is ill in the fact that it captures how brutally unbearable privileged white women are but its way too self-aware and indulgent in the fact that they are applying old archetypes and tupperware party social dynamics to the free clinic. The show fails because it puts motifs before an actual thesis and openly seeks to be a show we’ve seen before for a new generation.

Too bad most people won’t make it that far in the post, turned of by how brutally unbearable Mr. Huang is. Maybe he should quit cooking and get a job writing for Girls? 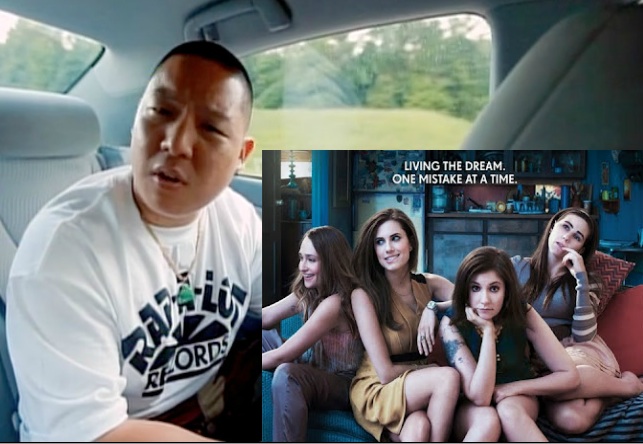