The Barack Obama Democratic Club endorsed Adriano Espaillat in his bid for the Congressional seat currently occupied by Charlie Rangel at a candidates forum at the Church of the Intercession on W. 155th Street that featured (almost) all five people running in the race. Mr. Rangel, who has been in and out of the hospital after suffering a back injury last month, was represented by Councilwoman Inez Dickens. The club also endorsed its founder, Mark Levine, for the State Senate seat being vacated by Mr. Espaillat and longtime Assemblyman Herman “Denny” Farrell in his re-election bid.

Mr. Rangel has represented the area of Upper Manhattan, which was placed into the 13th district as part of the recent redistricting process, for over four decades. He is seen as increasingly vulnerable in this campaign due to the growing Latino majority in his district and his 2010 censure by the House for multiple ethics violations and has attracted four challengers in this race; Mr. Espaillat, former Democratic National, onetime Democratic District Leader Joyce Johnson and Craig Schley, a local activist and former model who previously ran for the seat as an independent.

In his speech to the crowd, Mr. Williams, who has served as an adviser to President Bill Clinton and President Barack Obama, emphasized his experience working in Washington.

“I’m the only person who is running as a challenger to Charlie Rangel who has worked for two presidents,” Mr. Williams said.

Mr. Espaillat emphasized his roots in the neighborhood and said, if elected, he wants to focus on three main issues; housing, jobs and immigration.

“We’ve only had one representation since man walked on the moon and we have to change that,” he said.

Ms. Dickens addressed sought to dismiss worries about Mr. Rangel’s health. The congressman has not been seen publicly in his district or on the House floor since February 9.

“I just wanted to align anyone’s fears that he is seeking re-election and he indeed is going to come out, probably after Easter,” Ms. Dickens said. “I spoke with him maybe two hours ago and he will be out next week to campaign. A lot of the leaders, a lot of the electeds have heard from him directly, because he’s been making phone calls while he was incapacitated with the back.”

With Mr. Espaillat running for Congress, Mr. Levine, the Barack Obama Club’s founder and District Leader, is seeking to replace him. At the forum last night, Assemblyman Guillermo Linares announced he’s also “seriously considering” that seat. Mr. Levine, who invited his challenger to speak at the forum, unsurprisingly won his club’s endorsement 38 votes to two with three blank ballots. 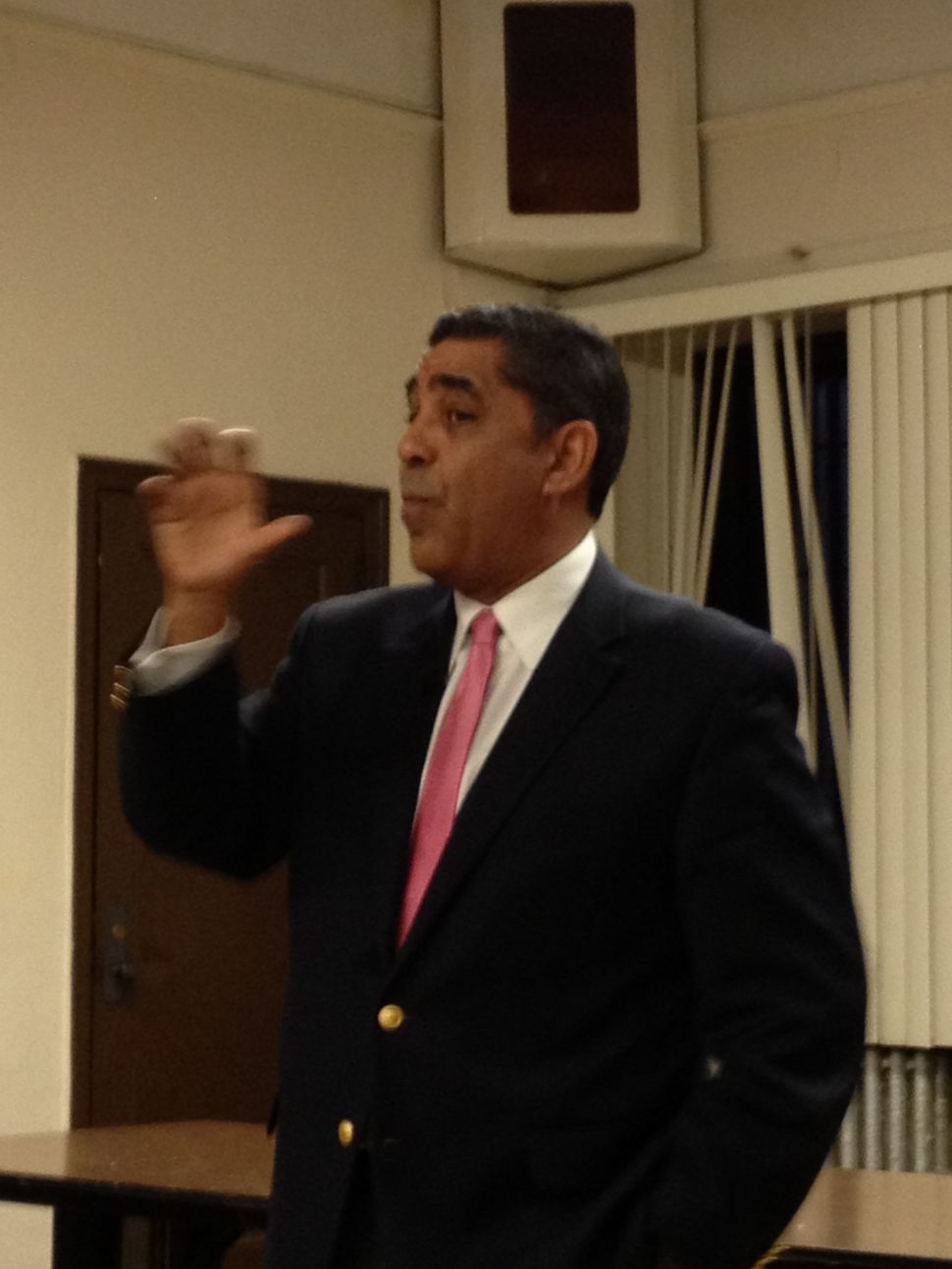