Real estate developer Bruce Ratner, one of the co-owners of the soon-to-be Brooklyn Nets, appeared with Mayor Michael Bloomberg and Brooklyn Borough President Marty Markowitz at a press conference today to announce a plan to fill 2,000 jobs at the team’s future Kings County home, the Barclays Center. The Politicker took the opportunity to ask Mr. Ratner why he chose to stick with the same name the team had during its years in New Jersey and Long Island rather than coming up with a Brooklyn-specific moniker. We also asked Mr. Markowitz, Brooklyn’s most visible booster, whether he was disappointed the team wasn’t getting a new name in honor of the borough. Mr. Markowitz literally leapt behind the podium before Mr. Ratner had a chance to answer.

“I’ll answer the first part, as long as the first part of the name is Brooklyn the rest of it …” Mr. Markowitz said giving a dismissive gesture with his hand.

When he got the chance to speak, Mr. Ratner concurred that having Brooklyn be the first part of the name  was the most important thing.

“There was a lot of discussion about it and, first of all, Marty said the first important thing, the primary brand is Brooklyn, Brooklyn, Brooklyn. It really is,” Mr. Ratner said. “Second, I think there was a lot of debate and surveys were taken and I think the results came out that there was a legacy to the Nets. They do have a legacy. There are a lot of fans that followed them for years that are in the region, it’s not like we’re moving to the West Coast or something. … A lot of work was done and research was done to make a decision to keep it the Nets.”

A spokesman for Mr. Ratner told us the decision was made by the team’s majority owner, Russian billionaire Mikhail Prokhorov, shortly after he purchased 80 percent of the team in 2010. After the press conference we asked Mr. Ratner if the team’s third co-owner, rapper Jay Z, who owns a small stake in the Nets, had any name suggestions.

The new logo and uniforms for the Brooklyn Nets will be unveiled at a press conference Tuesday, however a purported photo of the new team crest surfaced on the sports site Deadspin yesterday. 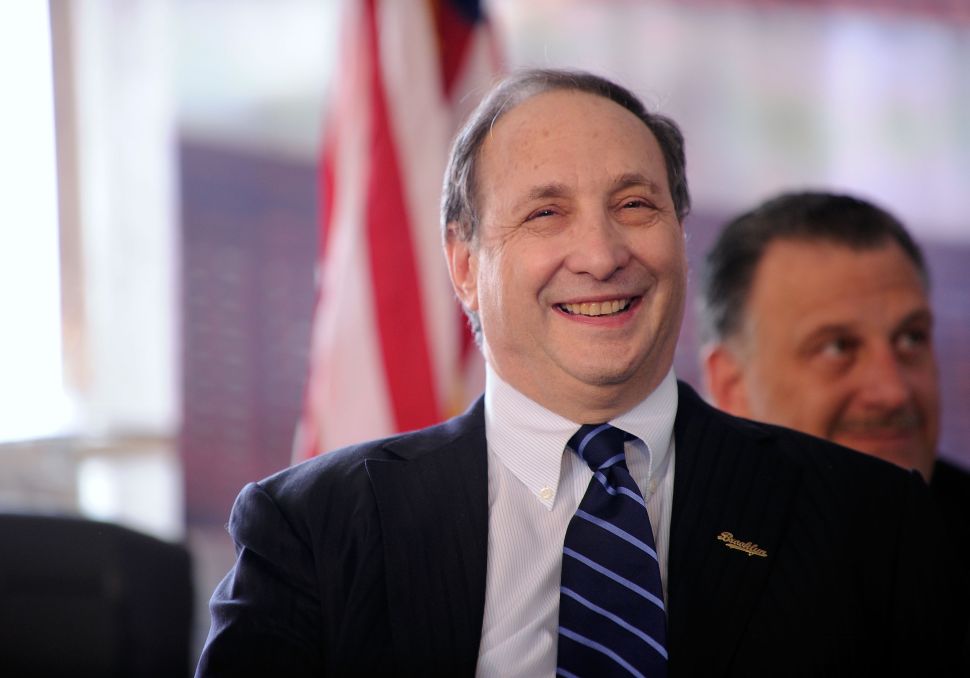