Buzzfeed: It’s all the buzz! They have the L. Ron Hubbard of meme-making, Jonah Peretti, at the helm. With him are high-profile poaches from Politico, the Village Voice, Business Insider, Gawker Media and more! And with them are $15.5M shekels from a recent cash infusion to turn every scrap of knowledge and abstraction and news available to the human race into some kind of .GIF image to construct the final link between the complexities of transliterated grunts into hieroglyphs.

So, what are Buzzfeed’s newly minted hundred-thousandaires doing with all that cash? Making it rain…lattes.

Former Rolling Stone editor Doree Shafrir writes for The Billfold in a feature about how she spent her most recent Benjamin. Where the coffee is concerned:

One (1) $4.25 latte from Cafe Grumpy five (5) times a week adds up to $21.25 (hopefully, it’s more, as she’s ideally tipping her Barista, something for the purposes of quasi-accurate math, we should not assume).

$21.25 a week, multiplied fifty-two (52) times—for the number of weeks in a year—adds up to $1,105.00 $1007.25 (figure updated, see below). Which, really, even if Ms. Shafrir grossed $50,000 a year, would still only be a little over two (2) percent of her yearly gross earnings, and could probably reasonably be written off for tax purposes as a work expense; after all, who doesn’t need a decent cup of coffee every day?

Buzzfeed staffers. Because as Ms. Shafrir goes on to note:

It’s kind of an indulgence, especially since we have free Stumptown coffee at BuzzFeed, but it’s nice to get out for a bit when I feel myself starting to droop in the mid-afternoon. I usually listen to music on my way there and back and just zone out for a few minutes.

Then again, when you got it, spend it.

[For context: The entire coffee budget for the Wall Street Journal—an institution far larger and richer than Buzzfeed—is $100,000 a year. And their coffee is that notoriously shitty one-cup stuff.]

UPDATED We’ve since been informed of a mitigating factor in our math: Cafe Grumpy offers a free drink as the eleventh punch on a ten punch punch-card, which would result in about 23 of a year’s weekday lattes being free (giving Ms. Shafrir the benefit of the doubt as far as vigilance in remembering to use her punch-card is concerned). As such, the adjusted figure is somewhere around $1007.25. Also, let the record show that Buzzfeed—while they do serve Stumptown coffee—does not serve the espresso drinks to satisfy their editors’ specific blood-thirst for caffeine. Yet. 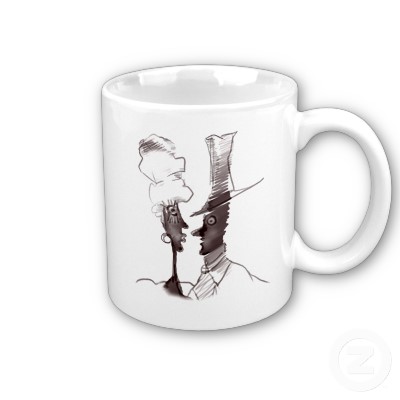