But that didn’t mean the state’s first African-American Congressman didn’t have at least one gathering threat on the political horizon in the form of West Ward Councilman Ronald C. Rice.

Going back five years now, Newark North Ward leader Steve Adubato sat down with the politically fetching Rice – an attorney and energetic presence – and asked him what he wanted. Mayor? Senator? Congressman? Rice told the powerbroker he wanted to be the best councilman he could be. But the “future congressman” handle accompanied Rice wherever he went.

Never a full-blown rogue like his father, state Sen. Ronald L. Rice (D-28), the West Warder nonetheless was never a party organization guy. He saw himself as a grassroots progressive in the vein of former Vermont Governor Howard Dean, and an urban activist with aspirations approximating the work of Congressman Elijah Cummings of Baltimore. As a councilman he worked hard and got attention combating police profiling and commanding a responsive constituent services office.

He had a knack for balancing forces as disparate as Mayor Cory Booker and his own father, the mayor’s nemesis.

In Booker’s bleakest hours in office, however, Rice also suffered somewhat a longtime association with the mayor, appearing in the role of right-hand man when contrasted with South Ward Councilman Ras Baraka. Upon his upstart election in 2010, Baraka staked out his position as the de facto anti-Booker among local elected officials and set about making Booker’s allies look like rubber stamp retreads.

Newark Council President Donald Payne Jr.’s father forged a rock solid name in the city going back to the 1970s. But the emergence of Booker on the political landscape meant at least a little political turbulence for the Paynes, as they kept one eye on the revolutionary Baraka in the South Ward while ultimately digesting the establishment reality of Booker and Booker’s money transforming the politics of Newark at least long enough for Booker to become mayor.

When they realized Booker was real, the Paynes joined the Booker Team.

But as Booker’s popularity gradually diminished in the South Ward, Councilman Payne only reluctantly stayed on the team, long enough to get the $20,000 advantage that came with being an individual team member on the 2010 re-election ticket. Once re-elected, Payne bailed on Booker, refusing to support the mayor’s waterworks sale as the just-elected Baraka supplied an amplified anti-Booker presence on the city council.

That widened a rift between Payne and Booker that went most dramatically back to 2008, when the mayor ran a district leader slate against the Paynes and lost.

When it came to a future congressional run, Payne’s weakness – he’s a councilman and freeholder – didn’t seem nearly as pertinent in Essex as the public perception that Payne didn’t want to be a congressman. Just as the congressman tag seemed to fit Rice, Payne walked around as the city’s future mayor.

Even more importantly, of course, Payne’s father was already the congressman – congressman for life by the reckoning of the most objective political observers.

There was no reason for Payne Jr. to nurse congressional ambition.

For his part, Rice didn’t see the incumbent as unbeatable.

At the very least, he didn’t see the congressional seat as Payne’s property and after years of rumors surrounding his intentions, he geared up in earnest for a 2012 run at the 20-year incumbent.

Some Rice allies to this day maintain that the west ward councilman’s best shot at ever beating the elder Payne was in the 2008 Democratic Primary, when the Congressman was teamed up with Hillary Clinton and Rice was one of a handful of elected officials who supported Barack Obama from the beginning.

But Rice still felt the combination of his name, record, Obama alliance, public competence and energy and his connectivity to the progressive wing of the statewide Democratic Party would all make him viable if he finally went all in against Payne.

Rice went all in.

The political classes gave the legendary lawmaker an appropriately legendary send-off, then reassessed a landscape that no longer featured merely an old versus young lion storyline.

But as word circulated that Payne Jr. would run to replace his father, and that Speaker Sheila Oliver (D-34) also wanted a crack at the seat, veteran state Sen. Nia Gill (D-34), a fiercely independent member of the Senate Judiciary Committee, announced her decision to run out of Montclair.

At the time of his death, the elder Payne had a lifetime of political goodwill in the bank.

To this day, Essex County Executive Joe DiVincenzo credits Payne with helping to power him past Tom Giblin in the 2002 county executive’s election. Payne and Adubato and Essex County Democratic Committee Chairman Phil Thigpen – a cousin of the Paynes’ – told Payne Jr. that if he wanted to run for his father’s seat, he would have their support.

Home to 57% of the Democratic Party vote, Essex County concentrated more political power than the other two counties contributing to the tenth district: Union and Hudson.

With too many toes to potentially step on, including her own state Sen. Ray Lesniak (D-20) – who likes Gill; newly elected Roselle Mayor Jamel Holley – who likes Rice; and the power base of Essex ever ready to be irritated if she bucked Payne, Union County Democratic Committee Chair Charlotte DeFilippo decided on an open primary in the 10th District.

No one would have a favored position on the June Primary ballot in Union.

DiVincenzo and company weren’t happy with what they saw as Smith’s breach of protocol. It’s an Essex seat, after all. All Smith had to do was support whoever Essex wanted. Up for re-election in November, U.S. Sen. Bob Menendez (D-NJ) was likewise ticked at Smith. He didn’t want his party fighting in a primary.

But it didn’t work that way. Smith backed Gill, an ally of Smith’s own senator, Jersey City’s Sandra Cunningham.

Longtime Rice ally and former Gov. Richard Codey issued a statement in support of Rice, later repudiating what he saw as DiVincenzo’s efforts to muscle Smith out of supporting Gill.

“This is nothing more than Joe D being a thug,” said Codey. “It’s time for him and his allies to get out of politics and get out of government. I’m embarrassed.”

But for all of Rice’s credit as a young comer, including his gymnastic-like triumph of being able to land endorsements from both Baraka and Booker; and Payne’s Essex County establishment support, observers of the race quietly watched Gill, and wondered whether she could sell herself in a short runway election as the only woman in the race at a time w
hen no women contribute to New Jersey’s Congressional delegation.

Insiders identified Gill’s one shot at energizing the female vote and squeaking through an opening created by Payne and Rice feeding on each other for Newark support.

The Federal Elections Commission (FEC) showed Gill with the most cash on hand: $33,770 to Rice’s $9,748. None of the other candidates showed any money in the bank – at least officially.

“It’s going to be a sprint,” said a source close to Gill.

The Paynes have been a force in Newark politics, specifically in South Ward politics, since the 1970s. The love and gratitude heaped on the late congressman at his funeral suggested that not only Payne, but anyone connected by blood to Payne would be very hard to beat in a Democratic Primary.

Add Line A establishment support in Essex County and Payne Junior is the candidate to beat.

Following his father’s death, Payne didn’t immediately radiate an unquenchable desire for the congressional seat, leaving those close to him to wonder whether he even wanted to run.

“You have to do this because you want to do it, not just for your father’s legacy,” a friend told him at close range amid the grief.

But to the most hardened Newark politicos, the Payne legacy is on the ballot come June, because the son, by stepping forward, whatever his earlier misgivings in a time of mourning, shows a willingness now to carry on what his father started.

His loss would deal a blow to the Payne brand name in Essex politics.

A Payne loss would also indicate that the DiVincenzo political apparatus – beat up by a year’s worth of bad headlines – is not as strong as it was once.

Payne’s decision to run for Congress and not mayor takes him out of that fast developing local battle zone, where Booker’s all but certain retirement from office after two terms opens up the potential for a Baraka candidacy coming out of the south, conceivably to meet head on North Ward Councilman Anibal Ramos.

A staunch ally of DiVincenzo’s, Ramos would run with Payne’s support, that much more important if Payne becomes the congressman.

Gill’s candidacy is likewise larger than the woman herself. It is, to her most strident backers, the legacy of women, stripped of a voice in Congress in supposedly progressive New Jersey.

As for Rice, the original contender now beset by other challenges, including rivals whose name and gender pose formidable obstacles, the west ward councilman must try to capitalize on half a decade’s worth of grassroots organizing in a Democratic Primary.

Essex still owns the 10th District and Line A will be very difficult to overcome, especially in 50 days. 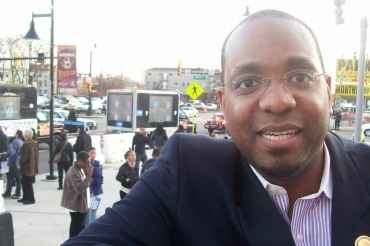