Councilman Ydanis Rodriguez was arrested and charged with Obstructing Governmental Administration and Resisting Arrest during the NYPD’s eviction of the Occupy Wall Street encampment in Zuccotti Park November 15. This morning those charges were dismissed in Manhattan Criminal Court. Though the district attorney’s office claimed they “determined that the officers who were involved in this defendant’s arrest had probable cause to arrest him when he attempted to get past a police barricade,” Assistant District Attorney Michele Bayer told the court they moved to dismiss the case because they were unable to identify the officer principally involved in Mr. Rodriguez’s arrest.

“As we do not have the testimony of the specific female officer with whom the defendant physically interfered–which is the basis for the Obstructing Governmental Administration charge and the basis for the ‘authorized arrest’ required for the Resisting Arrest charge–we cannot prove the charges against this defendant beyond a reasonable doubt,” Ms. Bayer said in court. “Therefore, the People move to dismiss this case.”

Mr. Rodriguez has claimed he went to Zuccotti Park on the night of the NYPD raid to observe and that he was violently arrested after identifying himself as a councilman. Despite the dismissal, Ms. Bayer said the District Attorney’s office found no evidence to support his version of events.

“The People investigated the defendant’s claims that he calmly identified himself as a New York City council member, asked to enter the restricted area and was instantaneously physically attacked by multiple officers with night sticks for no apparent reason,” Ms. Bayer said. “The People found no evidence to corroborate any of these claims.”

Ms. Bayer also said the District Attorney’s office located video of the “same officers involved in the defendant’s arrest at other points on the night of November 15” that showed the officers “acting professionally in a very chaotic environment and excercising tremendous restraint.” It was not clear how prosecutors were able to identify video of the officers involved in the arrest and unable to locate the “specific female officer” Mr. Rodriguez was accused of interfering. Inability to locate specific police officers has been used as a rationale in many of the more than 1,500 Occupy Wall Street-related cases that have been dismissed in the past few months.

After he dismissed the case Judge Matthew Sciarino had something to say to Mr. Rodriguez.

“Say hello to Vinny and Jimmy for me,” he said, adding, “Your fellow councilmen.”

It was not clear whether the judge was referring to Jimmy Oddo, Jimmy Van Bramer, Vincent Gentile, or Vincent Ignizio.

“On November 15, I was wrongfully arrested by the NYPD when they used excessive force against me,” Mr. Rodriguez said. “Today, with the dismissal of my case, all I can say is that I’m calling on Mayor Michael Bloomberg and [NYPD] Commissioner [Ray] Kelly to spend as much resources as is needed to keep protecting our city from any terrorist attack to keep our city safe, but also to defend our Constitutional rights.”

Mr. Rodriguez said he was one of “hundreds of people” who “went through false arrest by the NYPD” at the Occupy Wall Street protests.

“The NYPD used excessive force in many of those cases,” Mr. Rodriguez said. “I believe that we live in a period of time where we have to be sure that we need to keep supporting our men and women in uniform and the hard work that they do to keep our city safe, but at the same time, we want to be sure that from the leadership of Commissioner Kelly to any police officer in the street they know that what New Yorkers expect is for them also to protect our Constitutional rights.”

Mr. Stoll described prosecutors statements in court that there was no evidence to corroborate Mr. Rodriguez’s version of events as “gratuitous.”

“With respect to them saying they don’t believe his claims, this wasn’t the arena for them to make those comments. Those were gratuitous comments, they didn’t belong in this proceeding,” Mr. Stoll said. “The fact is, they didn’t believe their officers’ testimony would persuade a jury beyond a reasonable doubt and I think that speaks far louder and the dismissal speaks far louder than their gratuitous comments on the record about what else they believe or don’t believe.”

Mr. Stoll also rejected the idea the District Attorney needed the testimony of a specific officer since other officers were on hand for the arrest.

The Politicker asked Mr. Stoll whether he and the councilman would consider a civil suit against the NYPD now that the charges were dismissed. Mr. Stoll seemed to indicate Mr. Rodriguez might be willing to participate in a class action regarding the handling of the Occupy protests.

“I think that to the extent anything further is going to be done about this, it would be part of a larger picture,” Mr. Stoll said. “I don’t think the Council member is so concerned with his own personal situation at this point as with the fact that his arrest was part of a much broader picture and a broader practice where the police were given a ridiculous amount of discretion to stop whoever they wanted, wherever they wanted.” 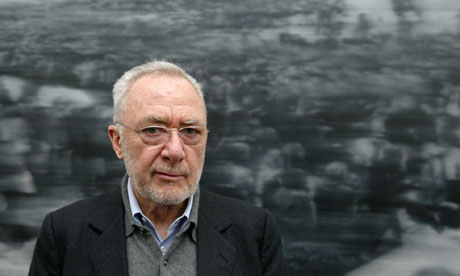