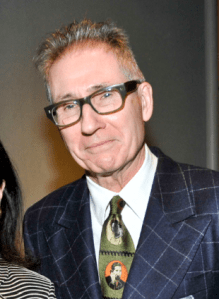 Donald Young, a Chicago art dealer who represented many of contemporary art’s premier figures over his decades-long career, has died. He was 69 years old. His death was confirmed by his gallery. No details were available.

In 1983, Young opened the Donald Young Gallery, which was one of the first commercial galleries to successfully market and sell video art. From the earliest years of the gallery, Young represented artists Bruce Nauman, Bill Viola and Jean-Marc Bustamante, among others.

Update, 11:00 p.m.: Prior to opening independently, Young had been partners with Rhona Hoffman in a gallery called Young Hoffman. That gallery ran from 1976 to 1983, at which point the two parted ways and opened independent galleries.

In the early ’90s, the gallery left Chicago for Seattle, only to return in 1999, when it inaugurated a 6,000-square-foot space with an exhibition of video work by Mr. Nauman. The gallery is currently located across the street from the Art Institute of Chicago in the landmark Santa Fe building.