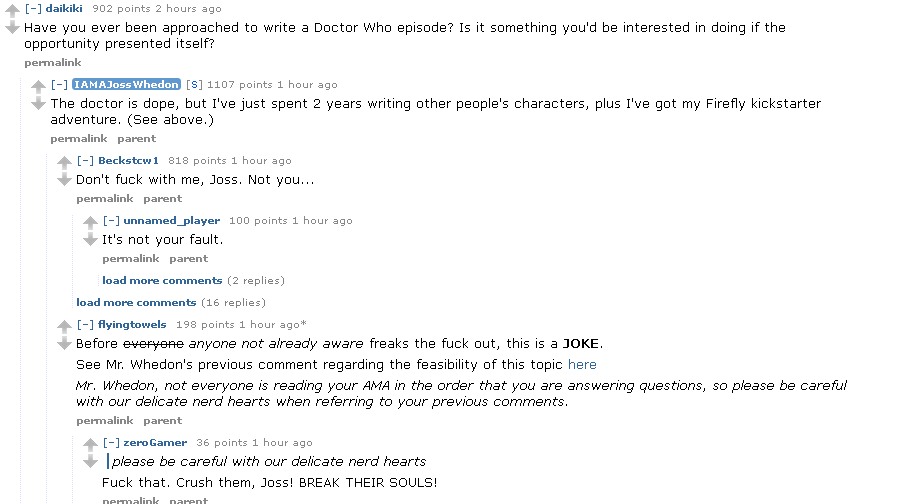 So we can just keep on assuming that Nathan Fillion had a secret, on-set romance with Christina Hendricks during Firefly.
jhanasobserver

...but Mr. Whedon does have a point.
jhanasobserver 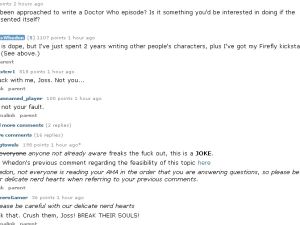 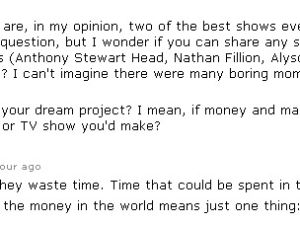 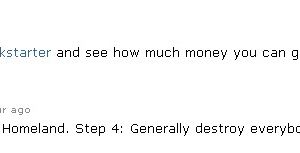 Joss Whedon (Buffy the Vampire Slayer, Firefly, Dollhouse, Dr. Horrible…come on, you really don’t know who Joss Whedon is?) took to Reddit’s IAmA forum this afternoon. He was promoting his two new films, The Cabin in the Woods (which he executive produced) and The Avengers (which he directed).

Though the recent bouts of celebrities on Ask Me Anything have ended in disaster, Mr. Whedon’s unique knowledge of the mechanics of the lonely heart that beat inside every cynical Internet nerd had him owning every troll and winning over his already large Reddit fan base.