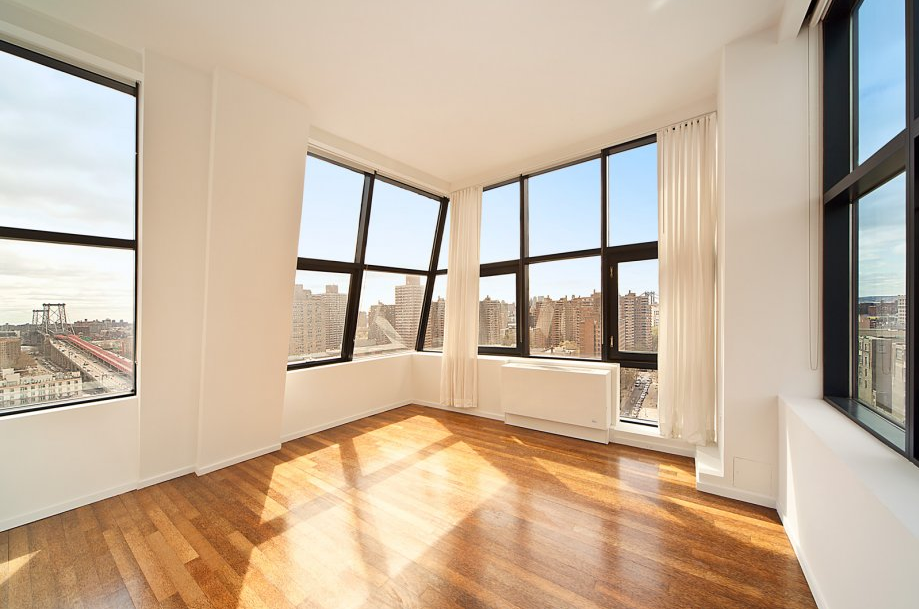 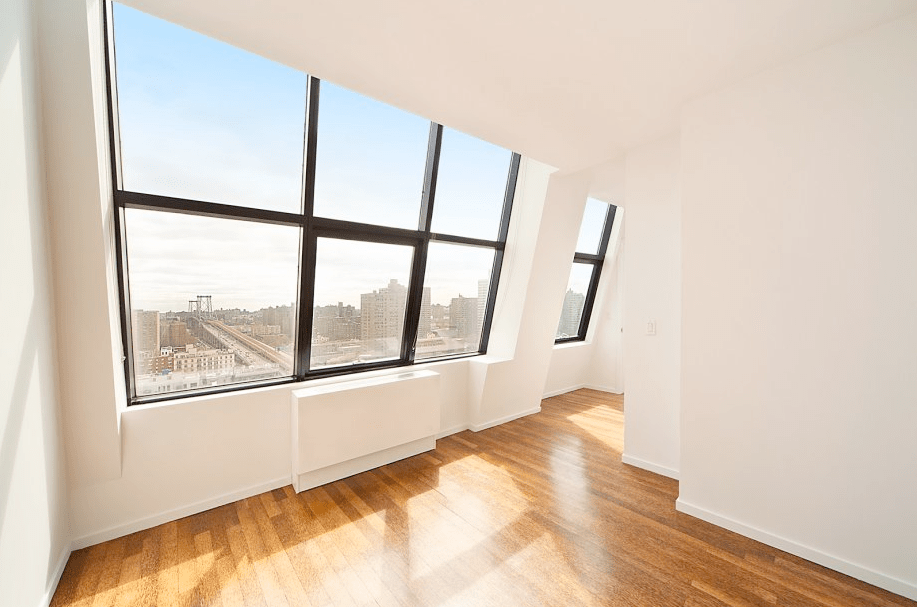 Light and views in abundance 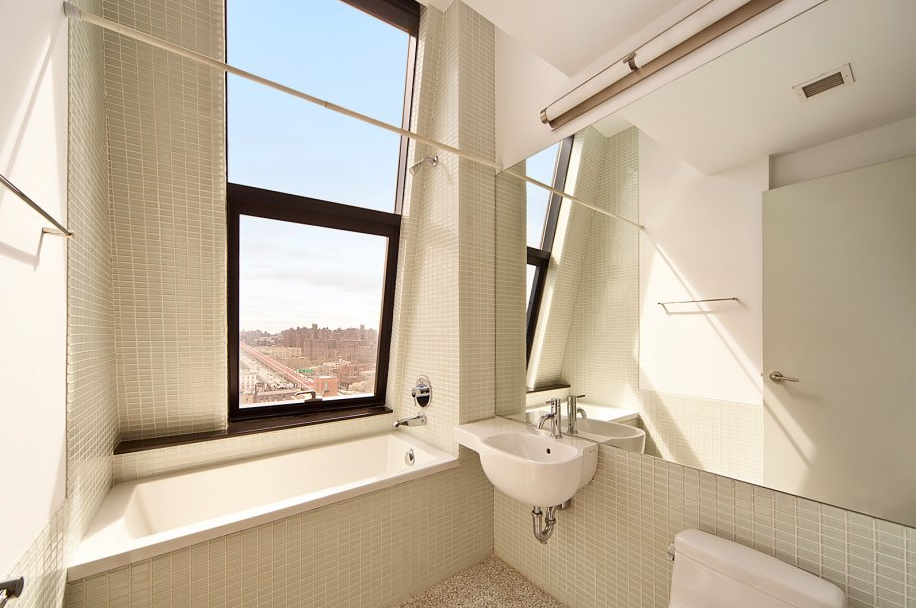 See the city from your bathroom! 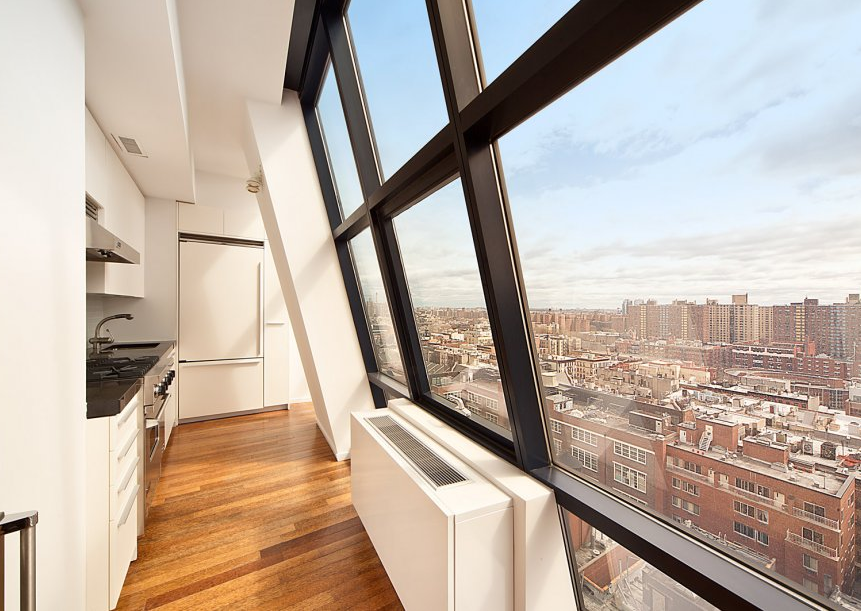 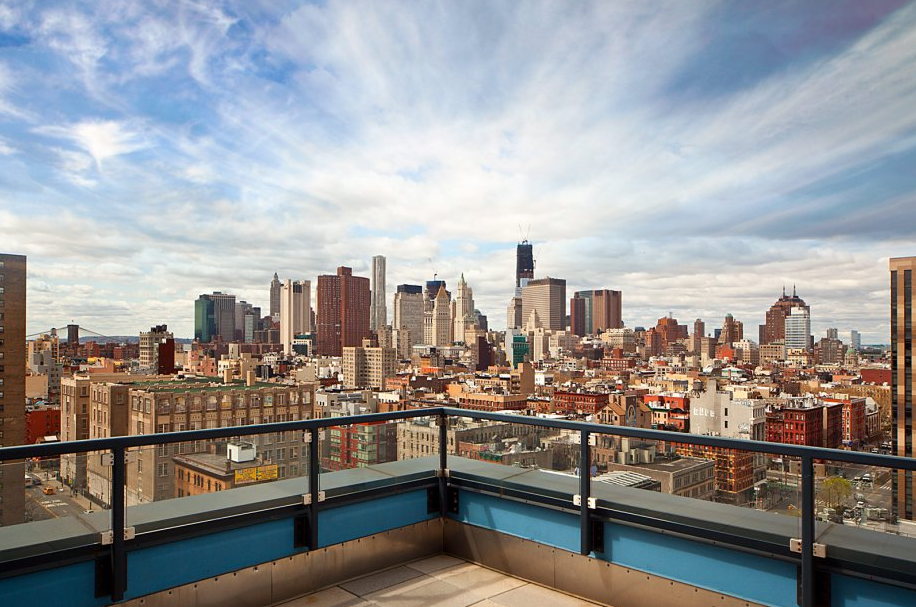 The apartment is generously terraced 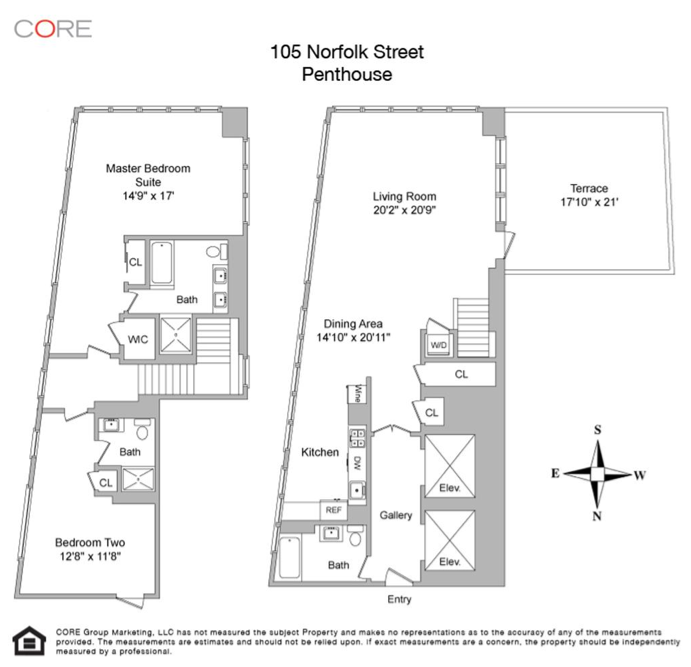 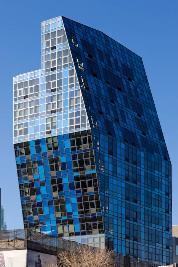 The condo building was designed by starchitect Bernard Tschumi 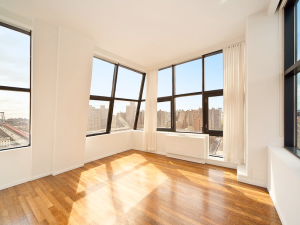 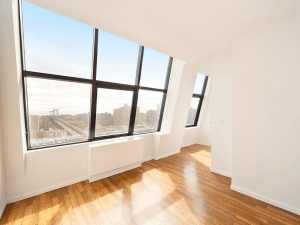 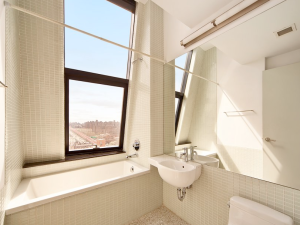 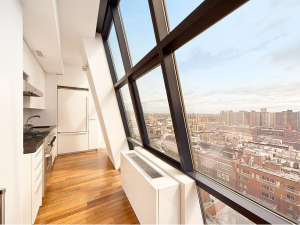 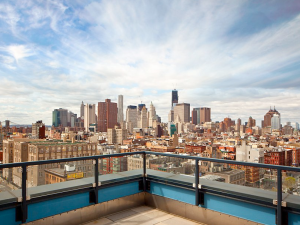 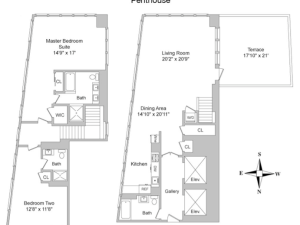 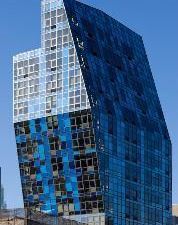 You can now rent the penthouse of the Bernard Tschumi-designed Blue Building for a mere $14,000 a month. Which is maybe, sort of, a good deal for a prime pad in a starchitect-designed building?

However, as Curbed, which first reported Blue’s penthouse listing noted, the Lower East Side condo tower has a less rarefied reputation than some other high-end real estate, appearing on both Jersey Shore and, reportedly, in an upcoming episode of Selling New York.

On the other hand, a little bit of grit is part of the building’s, and the Lower East Side’s, appeal. The tower of pixilated blue glass rising over the Lower East Side has earned accolades from the likes of Times architecture critic Nicolai Ouroussoff precisely because it’s kind of weird and playful instead of self-consciously sophisticated.

“Encased in a matrix of blue panels, its contorted form has a hypnotic appeal that is firmly rooted in the gritty disorder of its surroundings. It reminds us that beauty and good taste are not always the same thing,” Mr. Ouroussoff wrote of the building.

The building is savvy about its surroundings and suits the neighborhood, Mr. Ouroussof argues, at least as much as any luxury tower at Norfolk and Delancey streets could.

So what does $14,000 a month get you? Basically, ridiculous amounts of light and views of the three bridges and the Empire State Building from its sloping all-glass walls. Also included, according to the listing: “the feeling of the floating in the sky.”  The downside? You’ll only get 2-bedrooms (although we’re sure they’re beautiful!) and one of them comes with an en suite spa bath and a Zuma soaking tub.

And assuming the Village’s explosive dining scene isn’t too much of temptation, there is a really nice kitchen that includes a wine refrigerator, as well as a 375-square foot private terrace adjacent to the living room (if you’re feeling social, you can also sunbathe on the building’s 8,000-square feet of shared terraces).

And, for what it’s worth, the owners might be willing to work out a bargain. As Curbed points out, until just a few weeks ago  the unit was listed for sale at $2.95 million, already a price reduction from the $3.47 million they were asking in 2006 before the building’s completion.