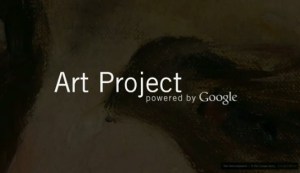 Things are really looking up on the Internet these days. Yesterday saw the appearance of an Ed Ruscha CAPTCHA system on MoMA’s Inside/Out blog–here’s an explanation–and now Google has announced that more than 130 international museums have joined its Art Project website, which aims to catalogue the world’s art, the Associated Press reports. Among those museums are the Frick Collection, the Brooklyn Museum, the Museum of Modern Art, the Metropolitan Museum of Art, the Cooper-Hewitt and the Rubin Museum.

The website now stores information and high-resolution images of more than 30,000 artworks–up from 1,000 when it launched–at museums around the world. Each of those artworks can be viewed in beautiful, bracing detail. (We just spent a hefty amount of time carefully poring every square inch of Ingres’s 1845 portrait Comtesse d’Haussonville, which is on view at the Frick.)

Many of the works contain handy supplementary material, including short texts and audio recordings from curators, so as you examine the Comtesse you can listen to a curator read a selection from her “remarkably frank” memoirs: “I was destined to beguile, to attract, to seduce, and in the final reckoning to cause suffering in all those who sought their happiness in me.”

The availability of artworks is uneven, and leans heavily on pre-20th-century art, presumably since there are no copyright issues on such works. At the moment there are 42 works by Manet, 29 by Courbet and 21 by Goya, though only 12 Warhols, photographs from the Savannah College of Art and Design.

It’s thrilling to see so much great art from around the world up close–makes one want to run out of the office to a local museum!