Governor Andrew Cuomo overrode the State Senate Republican majority’s opposition to his Health Exchange with an executive order today, but at least one state senator is still fighting the plan — Greg Ball. Mr. Ball issued a statement blasting the exchange, which is part of President Barack Obama’s healthcare overhaul that’s being debated in the Supreme Court as a “large and expensive government program that may never get off of the ground.”

“Any rush towards enacting Obamacare is more political than reality,” Mr. Ball said.

Under President Obama’s Affordable Healthcare Act, states can receive federal funding for healthcare exchanges if they demonstrate they have a plan for an exchange that will be operational by January 1, 2014. States that do not set up their own exchange will be required to participate in a federal healthcare exchange program. Though the Supreme Court is currently considering the constitutionality of President Obama’s healthcare overhaul, according to the governor’s office, federal funding for the exchanges has already been allocated and will not be affected by the Court’s ruling.

In his statement, Mr. Ball said federal funding for the exchange program is “not without strings.” Mr. Ball also said New York State shouldn’t move forward with an Exchange while the president’s healthcare plan is before the Supreme Court.

“The promise of federal funding is not without strings and the program itself will ultimately, if enacted, cost New York taxpayers billions of additional dollars that we do not have,” Mr. Ball said. “Furthermore, with the fundamental constitutionality of the overall looming program in immediate question and the presidency hanging in the balance there is zero need to build an initial framework for a large and expensive government program that may never get off of the ground. We can and should make landmark reforms, including reigning in big insurance in New York, but moving forward now to enact Obamacare is simply not prudent.”

Though Governor Cuomo’s Health Exchange plan was approved by the Democrat-controlled State Assembly, it was unable to pass the Republican majority in the State Senate leading the governor to issue his executive order. In a statement announcing the Health Exchange, Governor Cuomo described it as a program that will cut healthcare costs for New Yorkers while being “entirely financed by the federal government.”

“The bottom line is that creating this health exchange will lower the cost of health insurance for small businesses, local governments, and individual New Yorkers across the state. The sky-high cost of insurance in New York is driving businesses out of the state and preventing lower income New Yorkers from being able to afford needed coverage,” Governor Cuomo said. “Establishing the health exchange will bring true competition into the health care marketplace, driving costs down across the state.”

According to the governor, the Health exchange will be “financially self-sustaining, requiring no state subsidy, by January 1, 2015.” 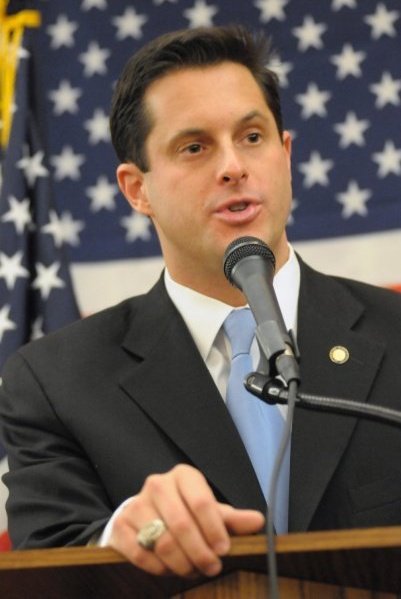