TRENTON – The mayor of Hamilton Township, (Mercer County) surrendered this morning to FBI agents to face allegations he took $12,400 in bribes in exchange for his official influence over a health insurance brokerage contract with the township’s school district, U.S. Attorney Paul J. Fishman announced this morning.

John Bencivengo, 58, of Hamilton, is charged with attempted extortion under the color of official right.  He is scheduled to appear this morning before U.S. Magistrate Judge Douglas Arpert in Trenton federal court.

According to the complaint, between May and July of 2011, Bencivengo accepted the payments from a cooperating witness in exchange for his official action to assist the witness in obtaining a contract to provide health insurance brokerage services to the township school district.

According to the complaint, Bencivengo asked for the money to pay for his living expenses and taxes, and in exchange, he agreed to speak to a school board member about voting to renew the cooperating witness’ brokerage contract without putting it out for public bid.

A source confirmed that Allen Associates of Vineland had the contract.

According to the complaint, Bencivengo received the money in multiple payments. The witness gave an intermediary $5,000 who gave it to the mayor.

Bencivengo told the witness that if anyone asked, say that he bought a bedroom set from the intermediary.

He also received $7,400 in cash from the witness in two payments in July 2011, according to the complaint.

In a release, Fishman said, “This is the most recent example of a public official charged by this office with extortion or bribery in connection with brokerage insurance contracts for public schools.”

Fishman credited special agents of the FBI’s Trenton Resident Agency, Newark field office, under the direction of Special Agent in Charge Michael Ward, and said the investigation is ongoing.

Reached just after the charges were announced, Hamilton Councilman Dave Kenny said he knew few details about the case, but said he was troubled over the allegations.

“We’ll have to let the justice system run its course,” he said.

Jerome Ballarotto, the attorney representing Bencivengo, did not return a call for comment. 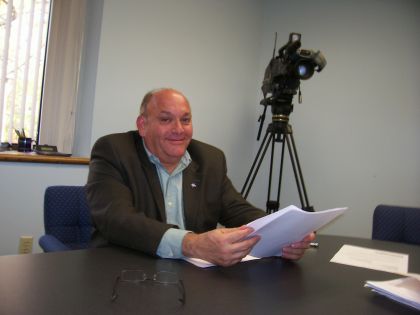