With its crushing lineup right now, HBO would be fools not to re-up on two of its most hype-producing shows: Julia Louis-Dreyfus‘ cringe-y comedy Veep (Curb Your Enthusiasm for the White House, with Buster bonus), and Lena Dunham‘s cringe-y (for totally different reasons) Apatow production, Girls.

Luckily, fools they are not, and both shows have been renewed for second seasons before we’ve had time to learn most of the characters’ names.

According to a press release from HBO, both shows are signed for ten episodes next season. More interesting than their pick-up, however, is the data that accompanies the news:

Second-season commitment is for ten episodes.

Second-season commitment is for ten episodes.

Despite having a one episode lead on Veep, Girls only attracted 100,000 more viewers in total? Now, that’s interesting, especially after last week’s news that the premiere of Veep had beat Girls in the ratings by 600,000 viewers. (Veep is the lead-in to Girls on HBO’s Sunday night programming schedule.) We had chalked it up to first-episode curiosity, as both network and critics alike have been spending a lot more of their efforts on Ms. Dunham’s program. But it looks like the comedies are neck-and-neck for viewers, with Girls actually lagging a little bit.

Neither show, it should be noted, is drawing in the huge numbers like the epic saga that they follow: last week, Game of Thrones won the Sunday night rating wars over AMC’s Mad Men with a total of 3.65 million viewers.

Girls and Veep, good as they are, can’t seem to draw in that crucial nerd crowd that has allowed to GoT to dominate in its second season despite plodding plots, arcs that deviate from their book source, and the introduction of approximately 1,000 new characters to keep track of. 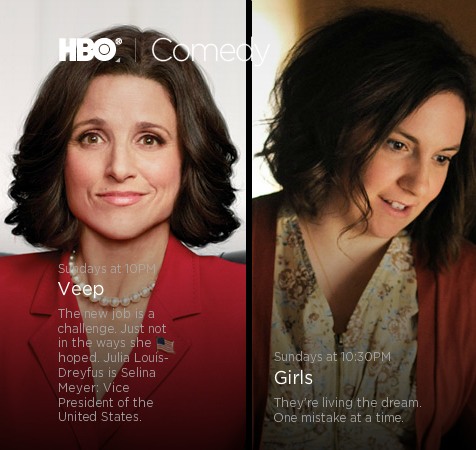