To be clear, Bencivengo is innocent until proved guilty, and his attorney today said he does not intend to resign.

But if he does, some names inevitably jump out as potential candidates…

Son of former Assemblyman Skip Cimino, the political family scion exudes executive energy, or so say his allies. All set to go to the Assembly last year, the Democrat endured a heartbreaking county convention loss to Assemblyman Dan Benson but remains a local player.

Sooner or later, Yaede’s going to run for higher office, say allies who eagerly awaited her 2009 bid for the Assembly only to find themselves quietly seething when she said she wouldn’t run after all. A veteran local elected official who knows government and has solid ties to her party, Yaede could be the GOP’s antidote to Bencivengo. But will she run?

The erstwhile progressive probably won’t do it, say sources. After eating a couple of losses, the Democrat conquered Cimino to land a 14th District Assembly seat last year and now he wants to hold onto it. But Benson’s name ID after years in the mix and his record as a former councilman inevitably make him part of the conversation.

Coming off his agonizing 2010 loss to Sen. Linda Greenstein, Goodwin harbored some bitter feelings about the political process. A proud Hamilton Republican, he nursed wounds inflicted by an aggressive Democratic Party attack machine in a brutal campaign. The question is whether those wounds are sufficiently healed for Goodwin to want to get back in the arena.

He won’t do it. Allies are already telling people he has no interest and wants to continue serving in the Legislature, but Mr. Hamilton has obvious labor ties and an established political base in his hometown that would make him a tantalizing Democratic Party candidate.

Older than many of the more recent brand names struggling to find traction in local politics, attorney Gore has gravitas and the nice gleam of a 2010 victory in tough GOP political weather in his favor. “It’s premature to say at this point,” the councilman told PolitickerNJ.com. “But for now I am happy as a Councilman.

He came up short in his 2010 bid for the council, but the retired teacher has strong Democratic Party ties and a likeable demeanor that gel well in blue-collar Hamilton. But will his family let him do it?

Respected, the Roma banker and former state senator would give instant heft to a Republican Party reeling in the aftermath of a potential full-blown Bencivengo downfall. So far, though, Inverso has kept his 2007 promise to stay away from politics. 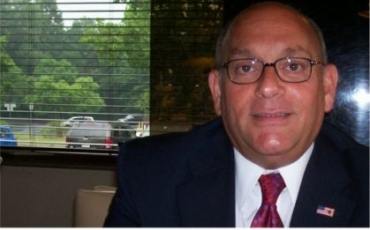