For almost two months, Charlie Rangel has been dealing with what his staff describes as a back injury that has led to multiple hospitalizations and his longest absence from Congress in over a decade. Due to his health problems, he also hasn’t been seen in his district even as he’s facing several challengers in his latest re-election bid. At a candidates forum for that race hosted by the Barack Obama Democratic Club last night, Mr. Rangel’s longtime friend and ally, Councilwoman Inez Dickens, spoke on the congressman’s behalf and told The Politicker he’s back home and out of the hospital.

Mr. Rangel, who will turn 82-years-old next month, has a Midtown fundraiser planned for next Wednesday, but Ms. Dickens said, despite her advice to remain home and rest, we might see him out in public again sooner than that.

While he was dealing with his injury, Ms. Dickens said Mr. Rangel was regularly in contact with other elected officials in Manhattan and the Bronx. Though his staff initially said he was hurt while lifting boxes, Ms. Dickens said the injury occurred in early February while he was moving a couch with his wife, Alma Rangel.

“His wife told me it was really furniture, that she was packing her winter stuff before she went to Florida, and she had packed up, and she wanted him to move the couch,” Ms. Dickens said. “She was supposed to pick up one end, he was doing the other and he hurt his back. She said you heard the crack, and he was bent over and he said, ‘Oh shit, I don’t think I can stand up straight.’ And so, he was hurt bad.”

“I took him to the hospital and they had to do whatever MRI to make sure it wasn’t broken. It wasn’t broken, but I don’t know the details because I didn’t talk to the doctor, because I felt like I’m not family,” Ms. Dickens said. “While I was there waiting for his wife to come, they said that it was a bad bad injury and he was going to have to be incapacitated for several weeks for it to mend.”

Mr. Rangel returned to the hospital late last month for what his staff described as “additional treatments for his back.” Ms. Dickens said Mr. Rangel was eager to leave the hospital the first time and argued with the doctors. She believes he may have persuaded the doctors to let him out too quickly.

“He has the ability to get you to do what maybe isn’t the best all the time,” Ms. Dickens said. “I suspect that, probably the doctors felt like he was on the mend, he was arguing, and then, they let him come home. And then, he turned around and, who knows, he could have twisted it a certain way. … So, he went straight back because he wanted to know what the heck is this.”

Though he hasn’t been on the campaign trail, Mr. Rangel already has a substantial war chest. He has also picked up the endorsements of several local leaders and political clubs. 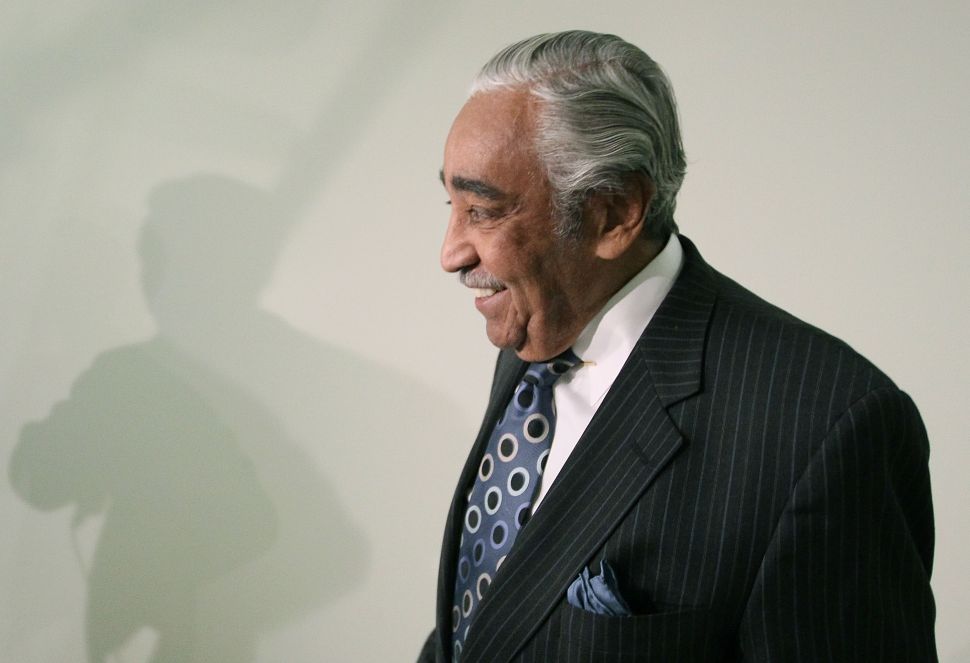