This is why you don’t get rid of gossip royalty! The New York Post must be hitting itself on the head for missing this scoop, which its former columnist/icon Liz Smith gave instead to New York Social Diary: the one and only Joni Mitchell might be performing a private concert in L.A. for the first time in years.

According to Ms. Smith’s post on David Patrick Columbia‘s site,
David Geffen is trying to get the songbird to perform at the Geffen Playhouse in Los Angeles. “Those in the know and/or of a certain age, recall that Joni’s celebrated “Free Man in Paris” song was written with Geffen in mind,” writes the grand dame of snooping.

Another old pal of Joni’s Herbie Hancock, is also supposedly encouraging this venture, which could include some of the musicians who worked with Joni back in the day. If all that is planned and hoped for comes about, there will be a concert highlight sure to send Mitchell’s fans into delirium — a track by track recreation of the legendary Court and Spark album, which spawned such hits as “Help Me (I Think I’m Falling”) and “Raised on Robbery.”

Coincidentally (or not), this news breaks on the same day that it’s announced that Taylor Swift has been sniffing around a bio-doc of the folk singer, Girls Like Us. 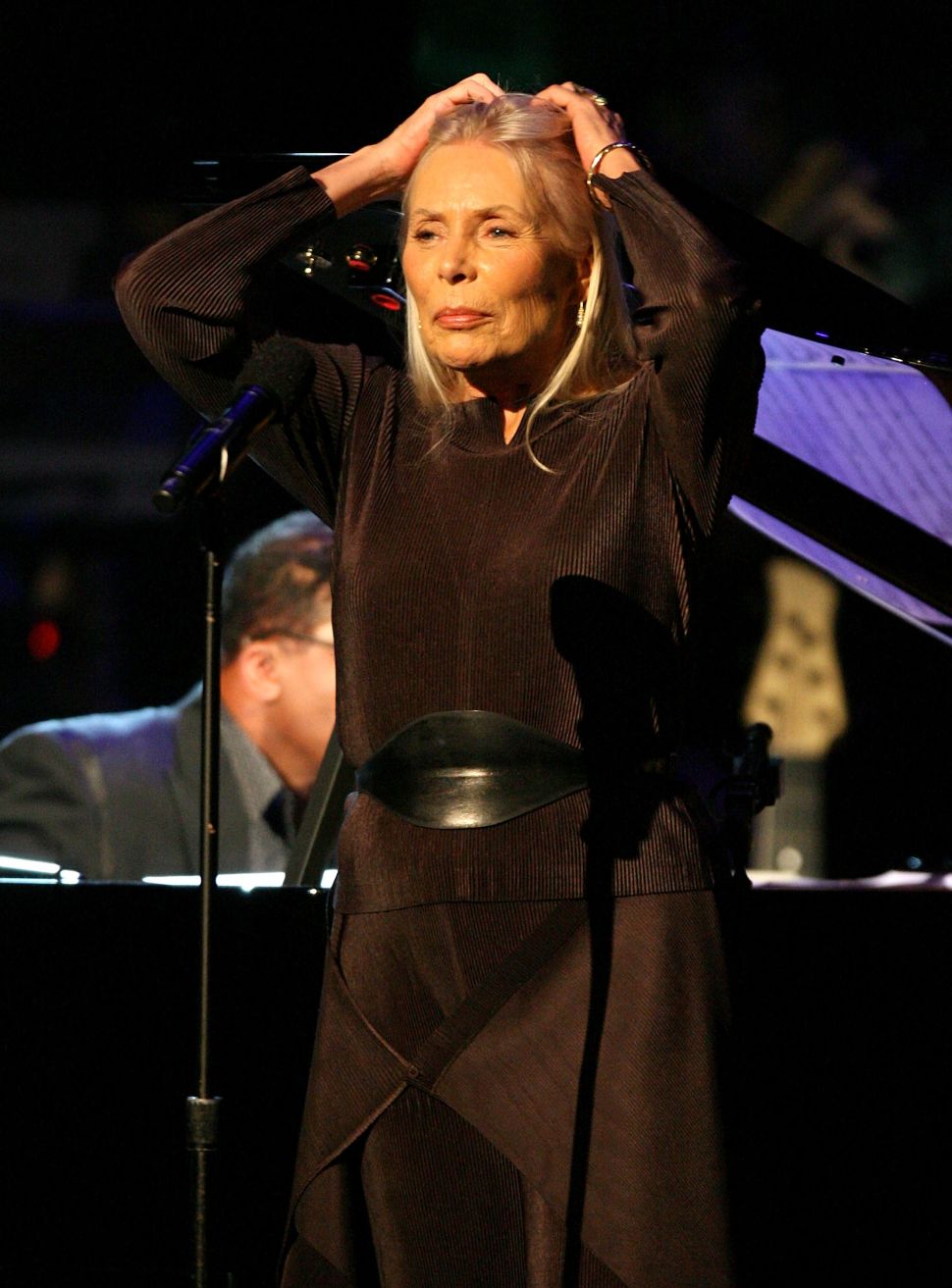