On Friday afternoon, prompted by a survey in which journalism was ranked among the worst jobs in the country, New York Times media reporter David Carr asked a question: How do America’s journalists feel about their jobs? Carr opened the question up to commenters, who cut a pretty wide swath of opinions. One commenter, however, stood out above the rest, giving less an answer than a hilariously trolling story about a particularly high-ranking Timesman’s ascent.

But this wasn’t just any ordinary commenting troll.

All the way from Birmingham, Michigan, one Kurt Luedtke commented with a story (emphasis ours):

I’ve been waiting for a chance to blow this whistle.

Going through the phone bills one month, we came upon a godawful charge for a 45 minute call to Santiago, Chile, hundreds of dollars. Our newspaper was in Detroit. Not that what happens in Santiago is not important, but it was not of great interest to Detroit readers.

Asked to explain, the reporter said: they put me on hold! He was indignant. That he chose not to hang up and that he was not paying for the call did not penetrate. I don’t remember that he ever said why he was calling Santiago but trust me, it was not work-related.

Here is why this story is important, and why there is hope for the ink-stained wretches who may wish to soldier on: The reporter who thought it was cool to call Santiago on the company’s dime is now in charge of editorial budgets for the New York Times.

One quick Googling of Mr. Luedtke’s name turned up a more-than-kind-of incredible answer as to his identity:

Not only was he most definitely once the executive editor of a newspaper in Detroit—the Free Press—but he also happens to be the screenwriter of 1985’s Out of Africa. Among its eight Academy Awards, it took home Best Picture, Best Director for Sydney Pollack, and Best Screenplay for Mr. Luedtke, who also wrote Pollack’s journalism-based thriller Absence of Malice and Pollack’s 1998 Harrison Ford-starring thriller Random Hearts.

The Observer called Mr. Luedtke on Friday afternoon to see if he’d tell us who he was naming. “How’d you get this number?” he asked. We explained to him: Google. Also, we’re reporters. “That’s right!” he laughed. “The guy I was talking about, well, we’re still friends. I want to see how they react, first. Try me after the weekend,” he snickered. We detected a hint of mischief in his voice.

The fact is, there’s only one person on the Times upper-masthead who both worked at the Detroit Free-Press and whose job it is to “oversee newsroom administration and finances“: Times deputy managing editor William “Bill” Schmidt.

A source familiar with Mr. Schmidt’s position inside the newsroom explained that part of Mr. Schmidt’s unenviable job—besides rabidly guarding the ever-diminishing Times coffers—is to send out the good or bad news regarding Times staffer buyouts, a tough gig this year, especially given the looming fact of what many feel was an unfair $10.9M “golden parachute” given to former New York Times Co. CEO Janet Robinson.

We reached out to Mr. Schmidt: Is it he Mr. Luedtke is referring to? And if so, is his former editor’s story true?

Mr. Schmidt responded the next day over email:

So here’s the deal: nearly 40 years ago, as a young reporter in Detroit, I did, alas, run up some charges on the Free Press phone bill, chasing a story that involved — improbably — an angle in Chile. If I had studied Spanish rather than Chinese, maybe the calls would have been shorter. Who knows? Story never panned out.

Kurt was the editor of The Free Press at the time, and over the years, he liked to remind me about it. Each time, his recollection gets a bit more cinematic. Of course it would. The guy wrote “Out of Africa” and “Absence of Malice.”

For my part, all I can say is that lessons were learned back then that serve me well today.

The Observer attempted to contact to Mr. Luedtke for the opportunity to comment on Mr. Schmidt’s email, on which he was copied. Mr. Luedtke was not home, and did not respond to another request for quote over email.

And now you know:

1. Your mistakes as a young reporter will haunt you forever in the form of mischievous former editors.
2. That said, your mistakes as a young reporter won’t haunt your forever on your ascent upward, assuming the most anyone can do with them is troll you in comment sections to hysterical effect.
3. Young reporters totally have it easy because they can just Skype arbitrary (or arbitrary-seeming) calls to Chile.
4. The New York Times has Oscar-winning commenters. 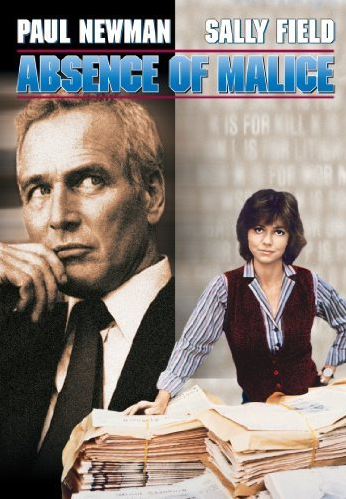