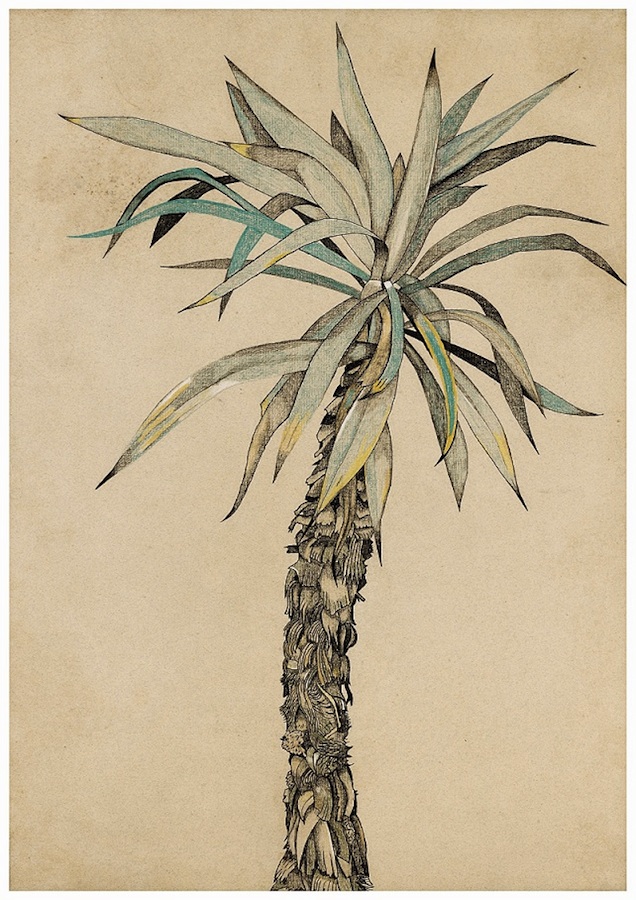 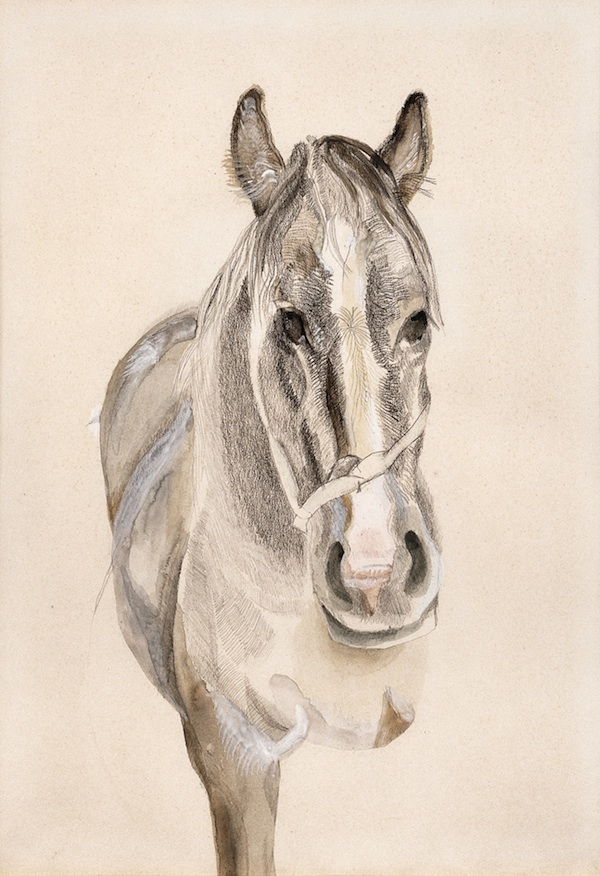 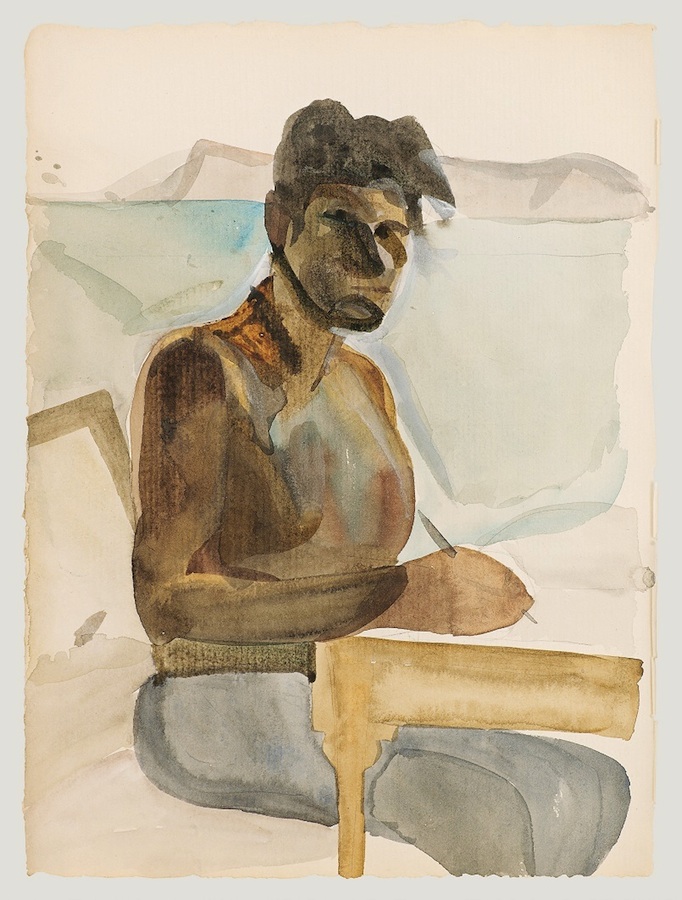 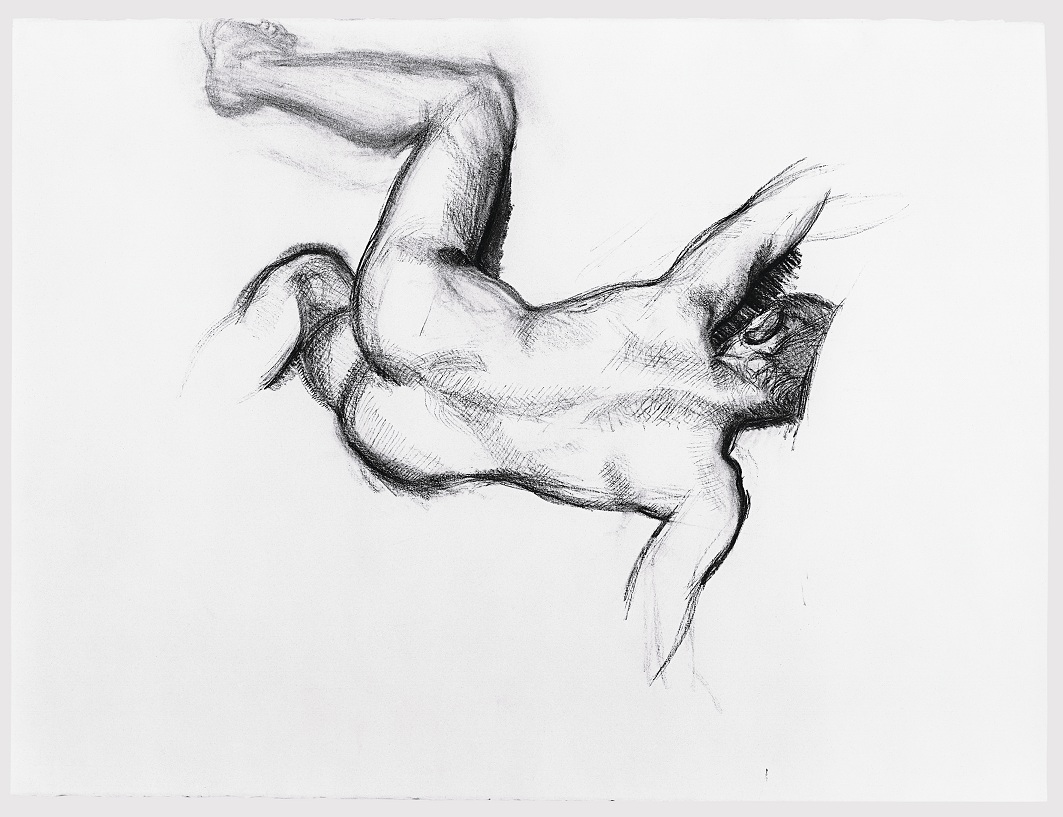 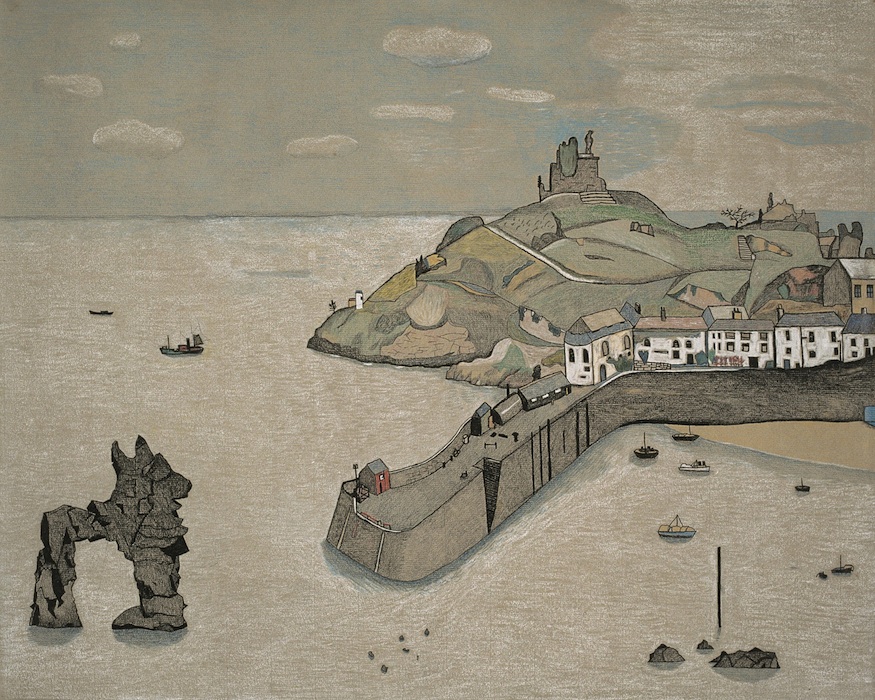 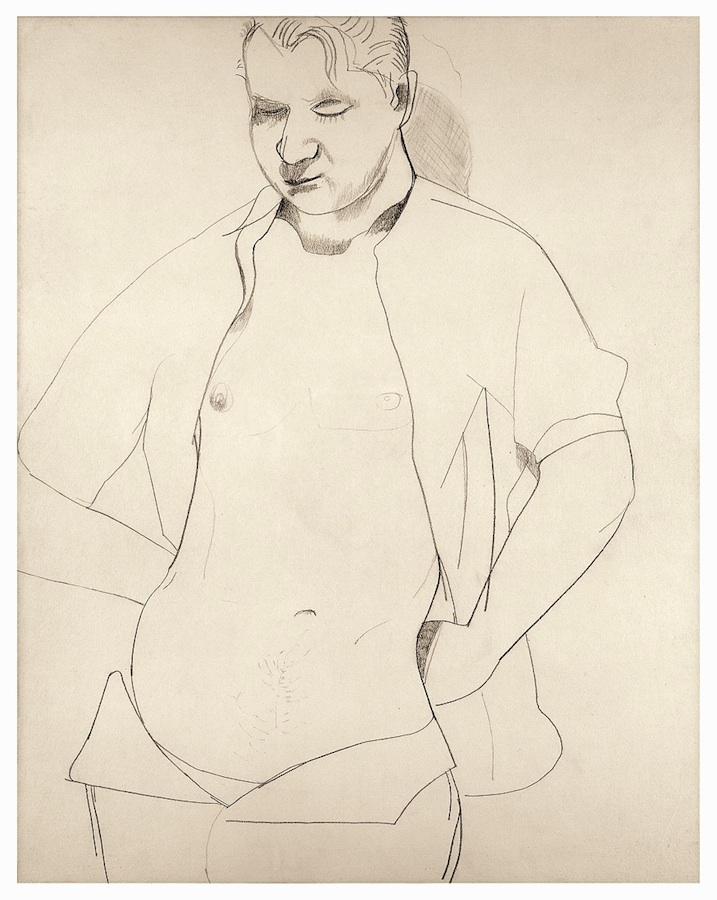 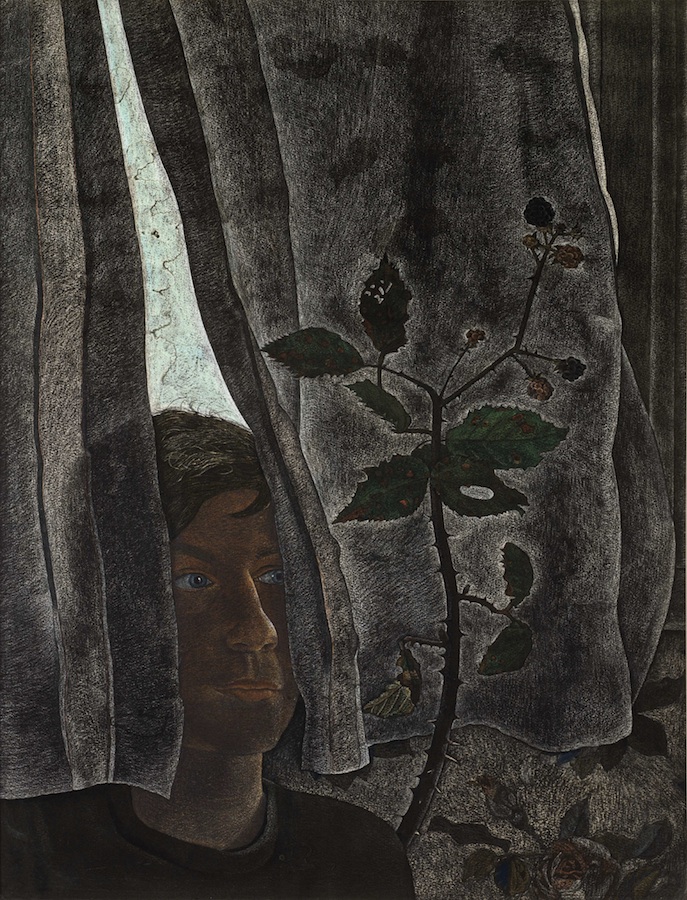 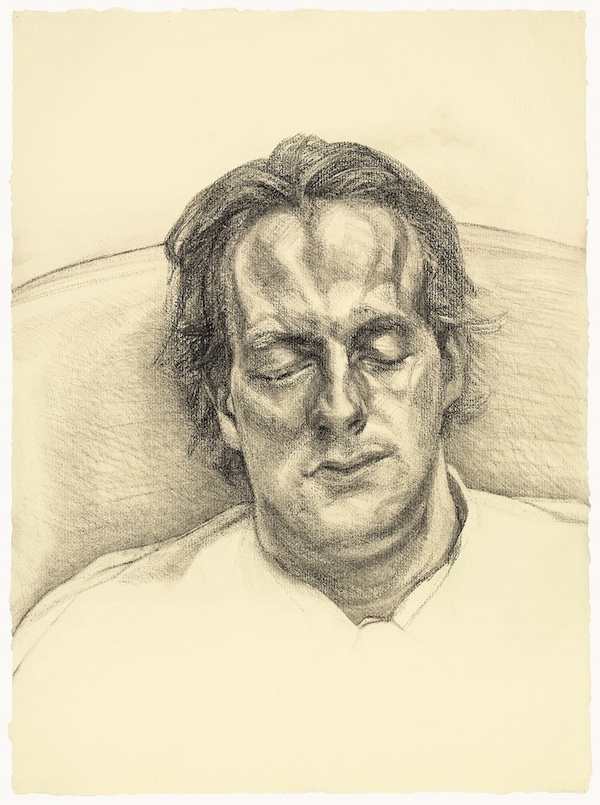 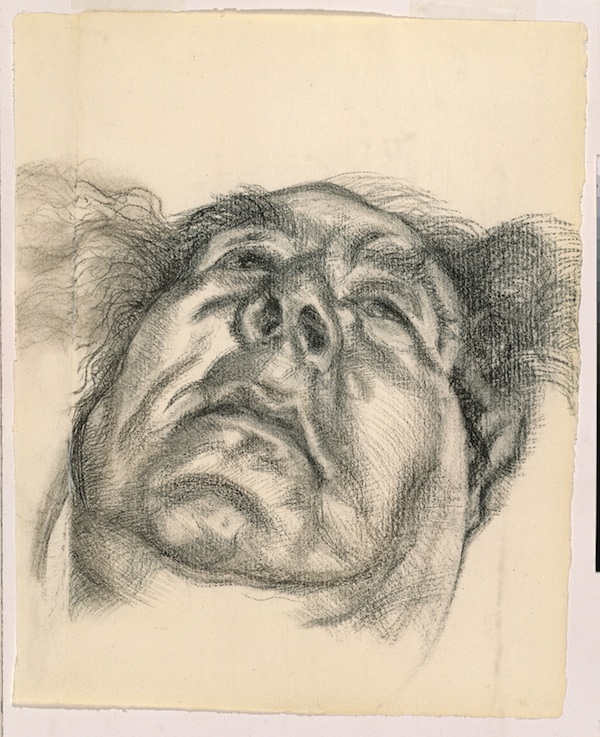 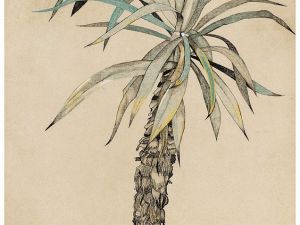 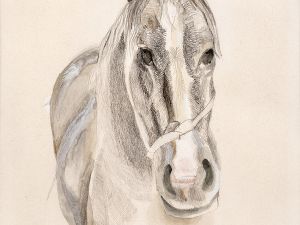 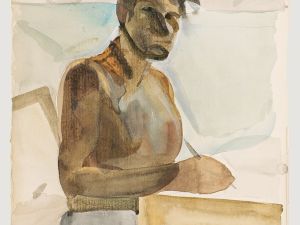 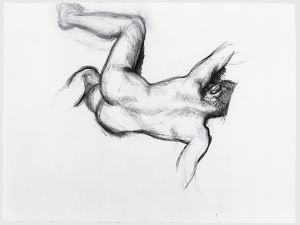 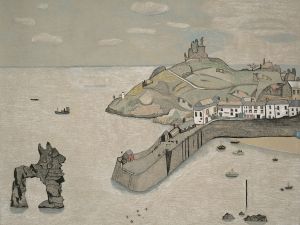 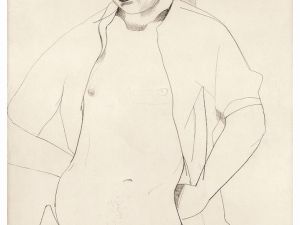 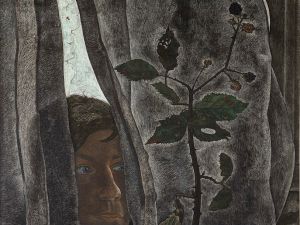 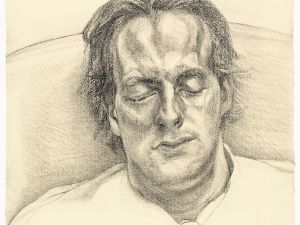 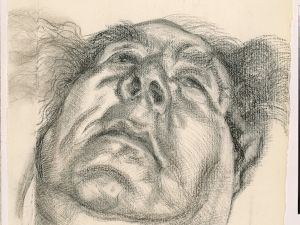 On May 1, Acquavella Galleries will present “Lucian Freud Drawings,” the most comprehensive exhibition of the late artist’s drawings ever to be shown in the U.S. Curator William Feaver, who organized Freud’s retrospective at Tate Britain in 2002 (a cliff notes of the life and art works of the artist), worked with the artist for four years on the show, and has brought together over 80 works from 1940 to the present, from public and private collections, including intimate portraits of family and friends as well as landscapes, many of which were selected from Freud’s sketchbooks and have never before been seen.

During his life, Freud was known mostly for his portraits and figure paintings, of friends, peers, drag queens, mistresses, wives, dogs and royalty in life and in death. His subjects included Francis Bacon, Kate Moss and the Queen of England, and were more often than not depicted nude and sprawled on the floor or lying supine on a couch. He was known for his peculiar depiction of flesh in a variety of tones and textures, which often made his subjects appear grotesque—his portrait of Queen Elizabeth II was somewhat controversial. And while he became more focused on painting in the 1950s and drew less as a result, he did continue to draw. And this show, the gallery’s fifth show of Freud’s work in its 19 years representing the late artist, will bring to light many important works on paper from all points in his life.

“We began the conversation about this exhibition several years ago,” said William Acquavella in a statement, “and he was an enthusiastic collaborator, helping to locate major works on paper particularly from the early days of his career. Sadly he did not live to see this exhibition which we hope will establish that, while Freud has been justifiably celebrated as the greatest figurative painter of his generation, his graphic work deserves no less acclaim.”

Click through for a selection of work from the show.