Mitt Romney petting a dog (not Seamus) during a campaign stop in 2008. (Photo: Getty)

Mitt Romney addressed the “Crategate” scandal in an interview with radio host Bill Cunningham this afternoon. Mr. Romney blamed the furor over the incident where he strapped his dog in a kennel on the roof of his car on partisan members of the press and Democratic political operatives.

“I think this campaign is going to ultimately become about jobs not dogs,” Mr. Romney said with a laugh. “Some members of the media, and certainly the DNC and the White House itself, are going to do everything in their power to divert the attention of the voter from the failure of the president to turn around the economy. He came into the office with the economy in a serious slide, it was his priority and it’s not one that he had focused on and solved. … So, they want to talk about dogs and I want to talk about jobs.”

The rooftop ride, which was first revealed in a 2007 Boston Globe profile of Mr. Romney, has received considerable media attention in this election cycle (including in the digital and printed pages of this publication) and inspired protests fueled by the stealth PAC-backed group Dogs Against Romney. In an interview with ABC News’ Diane Sawyer Monday, Mr. Romney’s wife, Ann, maintained the dog, Seamus, “loved” riding on the roof of the family car. Ms. Romney has also said Seamus went on to live a happy life in California with Mr. Romney’s older sister, Jane, after his rooftop ride. However, a trusted tipster told The Politicker two of Mr. Romney’s sons said the dog actually ran away after his journey and, this week, Jane Romney’s ex-husband said there’s no way she had the dog following the infamous road trip.

President Barack Obama has a canine controversy of his own. On Monday, conservative blogs and the Romney campaign pointed to a passage in President Obama’s 1995 memoir in which he revealed his stepfather fed him dog meat during his childhood in Indonesia. That story inspired its own Twitter hashtag– #ObamaDogRecipes. 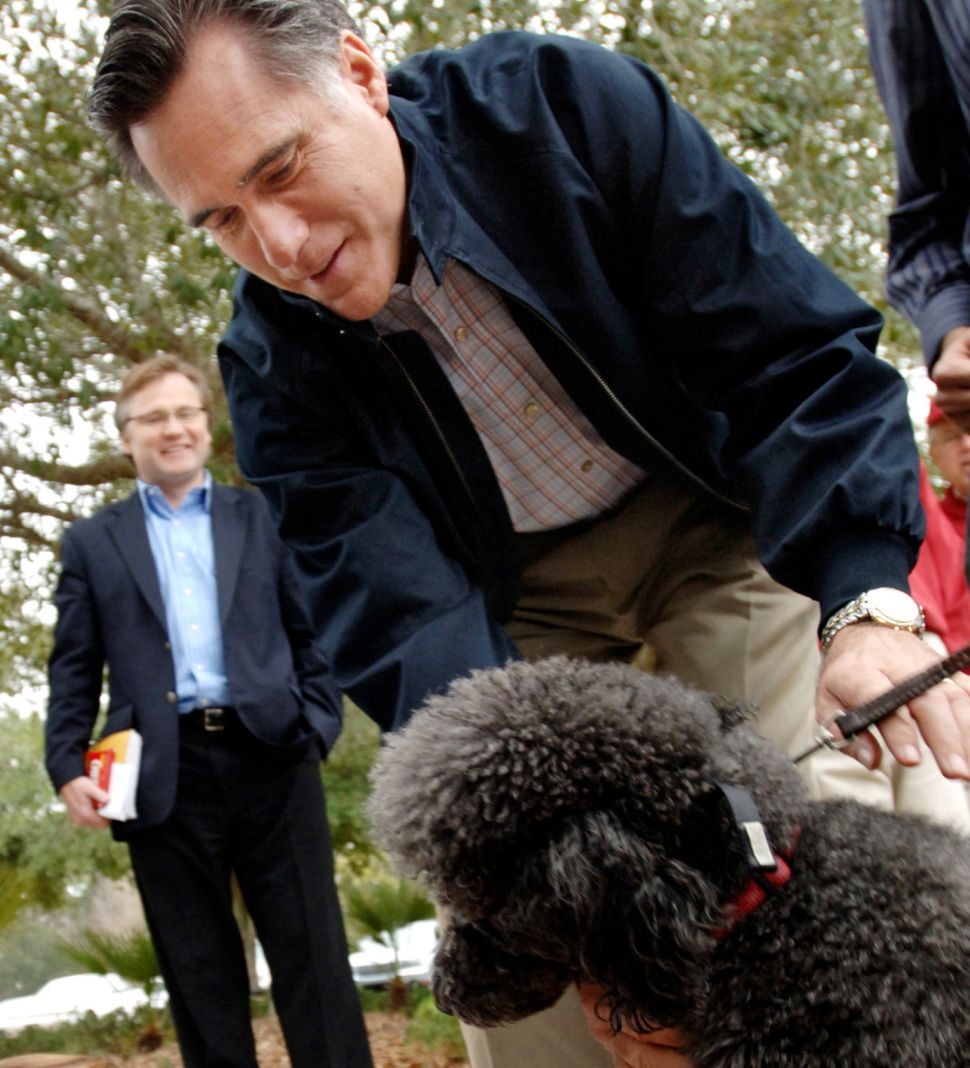