Aviva Drescher on the new season of 'RHONY' (Bravo)

Well, what do you know? After months of speculation and waiting around, our prediction that philanthropist and “Wall Street Wife” Aviva Drescher (whom we profiled in December) would be joining The Real Housewives of New York City proved correct! Now let’s see if the other rumored women for the show will also be joining Countess LuAnn de Lesseps, Sonja Morgan and Ramona Singer for the 5th season of the Bravo hit.

The city that never sleeps is about to get a real wake up call, as Bravo unveils the new cast of “The Real Housewives of New York City” season five, which premieres with a 90-minute super-sized episode on Monday, June 4 at 9pm ET/PT.  Countess LuAnn de Lesseps, Sonja Morgan and Ramona Singer welcome Aviva Drescher, Carole Radziwill and Heather Thomson as they navigate their hectic lifestyles of jam-packed social calendars, careers, children and city living.

So the three newbies will be Ms. Drescher, Carole “Related to the Kennedys” Radziwill, and Heather “Yummie Tummie” Thomson. No surprises there…those have been the only three names bandied about to replace fired Housewives Cindy Barshop, Alex McCord, Jill Zarin and Kelly Bensimon.

A sneak peak of the new season shows the women adjusting to their new roles in the spotlight.

We hope Ms. Drescher’s role won’t totally be reduced to answering question about her prosthetic leg to a baffled Ms. Singer. 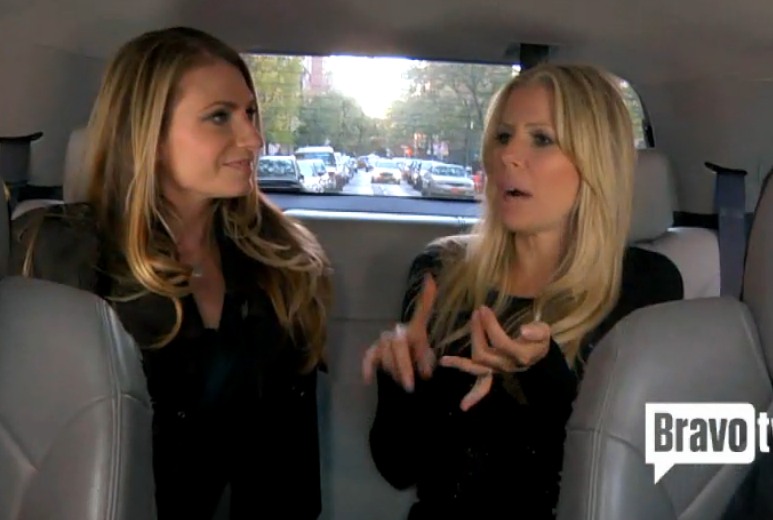