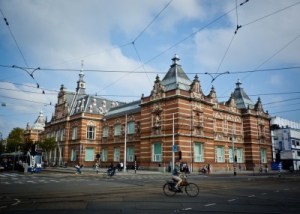 When the Stedelijk Museum loaned works by Malevich to the Menil, a legal battle was sparked. (Photo by Eric Arnau/Flickr)

Eight years ago, while a group of paintings by the Russian modernist Kazimir Malevich was on loan to the Menil Collection in Houston, the artist’s heirs, who had been attempting to recover them, sued the city of Amsterdam, home to the Stedelijk Museum, which had loaned the works. In 2005 the U.S. federal court hearing the case ruled that even if loaned art could not be seized under federal law, the presence of the artwork in the U.S. could still provide a basis for suing the foreign-government lender for damages. The decision effectively opened up a new path to allow litigation for chasing wrongfully taken art, and some foreign governments refused to lend to U.S. museums out of fear that they would be hauled into court.

That may soon change. A new bill seeks to effectively overrule the court’s decision in that 2005 case, Malewicz v. City of Amsterdam. Passing it would give American museums something they’ve sought for years—a law that would grant foreign governments nearly unqualified immunity from lawsuits when they loan preapproved artworks.

The proposed legislation, called the Foreign Cultural Exchange Jurisdictional Immunity Clarification Act, has already been passed by the House of Representatives and is now under review by the Senate Judiciary Committee, where its key sponsors are Diane Feinstein (D-CA) and Orrin Hatch (R-UT). Just prior to the House vote on March 19, one of its cosponsors, the powerful Rep. John Conyers (D-MI), told the House, “As a general matter, the benefits of cultural exchange … outweigh the provision of a U.S. forum (the courts) for disputes about the ownership of cultural property that is held by a foreign government.”

The House Judiciary Committee report states that the legislation reflects Congress’s choice “to promote Americans’ exposure to objects of cultural significance over the potential rights of individual claimants.”

Federal law already shields the artworks themselves from being seized, because of the existing Immunity From Seizure Act, which protects art registered in advance with the State Department and immunized by the U.S. But the proposed new legislation goes much further and states that, except in limited circumstances, if the art itself is immune from seizure, the lending government is also immune from any related lawsuits in American courts, even if the suit is for damages or a declaration of who is the rightful owner of the art. The only exception is for certain Nazi-era art claims—and leading lawyers who litigate for the return of that art consider that exception much too limited for claimants whose ancestors were Holocaust victims.

Some believe that pressure to resolve an embargo by the Russian government—which stopped all Russian loans to U.S. museums beginning in August 2010, because of a separate federal court action against it­—may be playing a part in how swiftly this new legislation is being pushed forward. Charles A. Goldstein, counsel to the Commission on Art Recovery, has called the virtually identical House and Senate bills “stealth bills” because of the remarkably quick action that has been taken so far. The bill was introduced in the House Judiciary Committee on Feb. 24. A mere three-and-a-half weeks later it was passed by voice vote in the full House and forwarded to the Senate. That speedy passage, Mr. Goldstein says, “suggests government juice”—pressure by the State Department to mollify the Russian government.

According to the legislation’s advocates in Congress, the 2005 Malewicz decision undermines the purpose of the Immunity From Seizure Act—encouraging foreign loans—and has severely affected U.S. museums. “The Los Angeles County Museum of Art and other museums have made clear to me the chilling effect of that decision on artistic exchanges,” Rep. Howard Berman (D-CA) stated on the House floor before the vote.

Representative Conyers reported that the director of the Detroit Institute of Arts had told him that the Czech and Russian governments “are refusing to lend” to American museums, and he said that “the Metropolitan Museum of Art withdrew a loan request to a Middle Eastern museum out of fear that once the works were in the U.S., their presence would be used as grounds for a lawsuit.” (He was referring to a 2008-09 exhibition at the Met and loans from museums in Syria, Harold Holzer, the Met’s senior vice president of external affairs, told The Observer. Mr. Holzer described it as a “unique situation [for the Met],” but he added that “further incidents at other museums show a need for correction.”)

The Association of Art Museum Directors (AAMD) has informed Congress that “these concerns are widespread,” a congressional staffer with knowledge of the specifics told The Observer. The AAMD declined to answer inquiries. The AAMD “requested” the legislation, according to a memo from a House Judiciary Committee counsel to the committee chair, and the AAMD, and “museums around the country,” helped draft the legislation, the legislative person close to the proceedings said.

The Malewicz case concerned the attempt by heirs of the artist Kazimir Malevich to recover paintings that had been left by the Russian artist for safekeeping with a friend in Germany. Years after Malevich’s death, the works were sold—fraudulently, according to the heirs—to the Stedelijk Museum, which is owned and operated by the City of Amsterdam. The heirs sued Amsterdam when 14 of the contested works were on loan to the Menil Collection in Houston, only two days before the exhibit was to close.

The paintings themselves could not be recovered—and they were returned to Amsterdam on schedule—because they were protected by the Immunity From Seizure Act. (Most museums do the paperwork to get immunity as a matter of course.) But the heirs argued that even though the art was immune, they could still sue Amsterdam for damages and a declaration of rights.

A different law, the Foreign Sovereign Immunity Act, in ordinary circumstances protects foreign governments and their divisions, such as the City of Amsterdam, from lawsuits in U.S. courts out of a need to protect governmental interests. But the Malewicz family cited one of the exceptions in the FSIA, called the “expropriation exception.” That exception permits a foreign state to be sued if it took property in violation of international law and “the property is present in the U.S. in connection with a commercial activity carried out by the foreign state.”

The federal court found that the exception applied because the art was in the U.S. when the suit was brought and because Amsterdam’s art loan was a commercial activity. The court ruled that the case could continue, and an out-of-court settlement resulted.

The proposed legislation amends the FSIA to say that if the loaned art has immunity from seizure, any activity of a foreign nation associated with those loans is not “commercial activity” and thus does not waive the nation’s immunity from suit.