Ordinarily, the news that the New York Botanical Garden in the Bronx is presenting “Monet’s Garden”—a re-creation of Claude Monet’s gardens in Giverny, France, which opens May 19—would have simply delighted us. But coming as it is on the heels of the opening of the “Giverny” exhibition at the Hole, in which that gallery recreated Monet’s gardens with fake and real flowers, we were positively stunned.

The exhibition, curated by Dr. Paul Hayes Tucker, one of the foremost authorities in the United States on Monet, will present Monet’s gardens not just in one phase but in multiple forms, as it evolves through the seasons from spring to summer to fall and closing in October. It will also present two paintings by Monet, including one painting of irises, which has never before been exhibited in the U.S., from a Swiss private collection, as well as an original wood palette, with paint daubs and all, that was used by the Impressionist master.

While it seems too coincidental to have two such similar shows independently conceived by two separate purveyors of the arts presented at the same time, the New York Botanical Garden has been planning this exhibition for at least two years and the show falls in line with its series that highlights individuals in history and has presented exhibitions inspired by Charles Darwin and Emily Dickinson. “This is the first time we’ve focused on an artist,” Nicholas Leshi of the New York Botanical Gardens told The Observer.

In May and June, delphiniums, irises and foxgloves will bloom inside the garden’s Victorian-style glasshouse, as well as set pieces inspired by Monet’s garden, like a Japanese footbridge. During July and August, multiple varieties of lilies will populate the Conservatory Courtyard Pools, while in September and October, chrysanthemums and salvias will blossom in the Conservatory’s seasonal galleries.

Like the exhibition at the Hole, this show will also display photographs of Monet’s gardens in France by a contemporary artist, Elizabeth Murray, who has spent 25 years photographing Monet’s gardens. But whereas the photographs at the Hole by E.V. Day feature glam-punk-rocker Kembra Pfahler in the buff, save for blue and red body paint, Ms. Murray’s photographs hew more closely to the way the gardens appeared when Monet painted them. 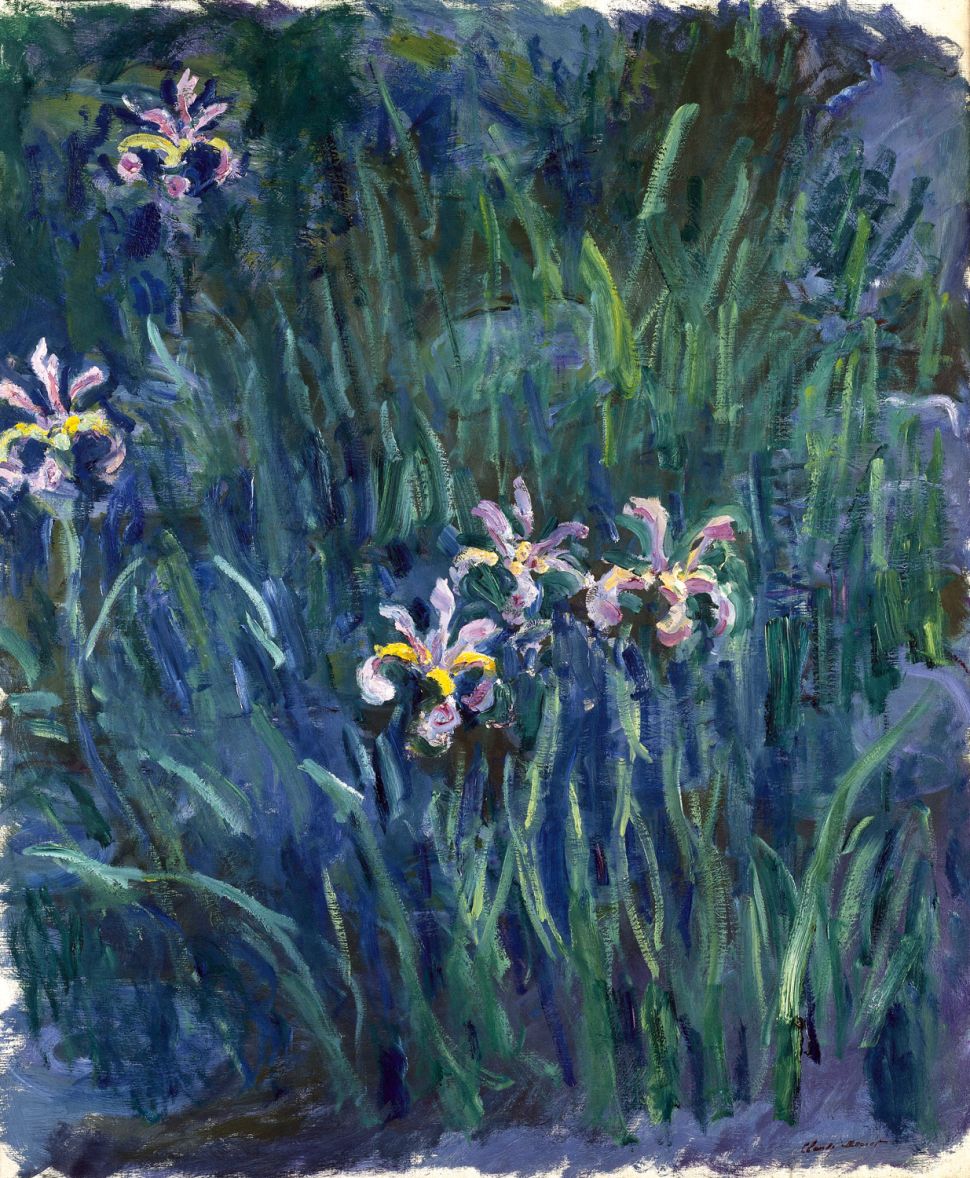