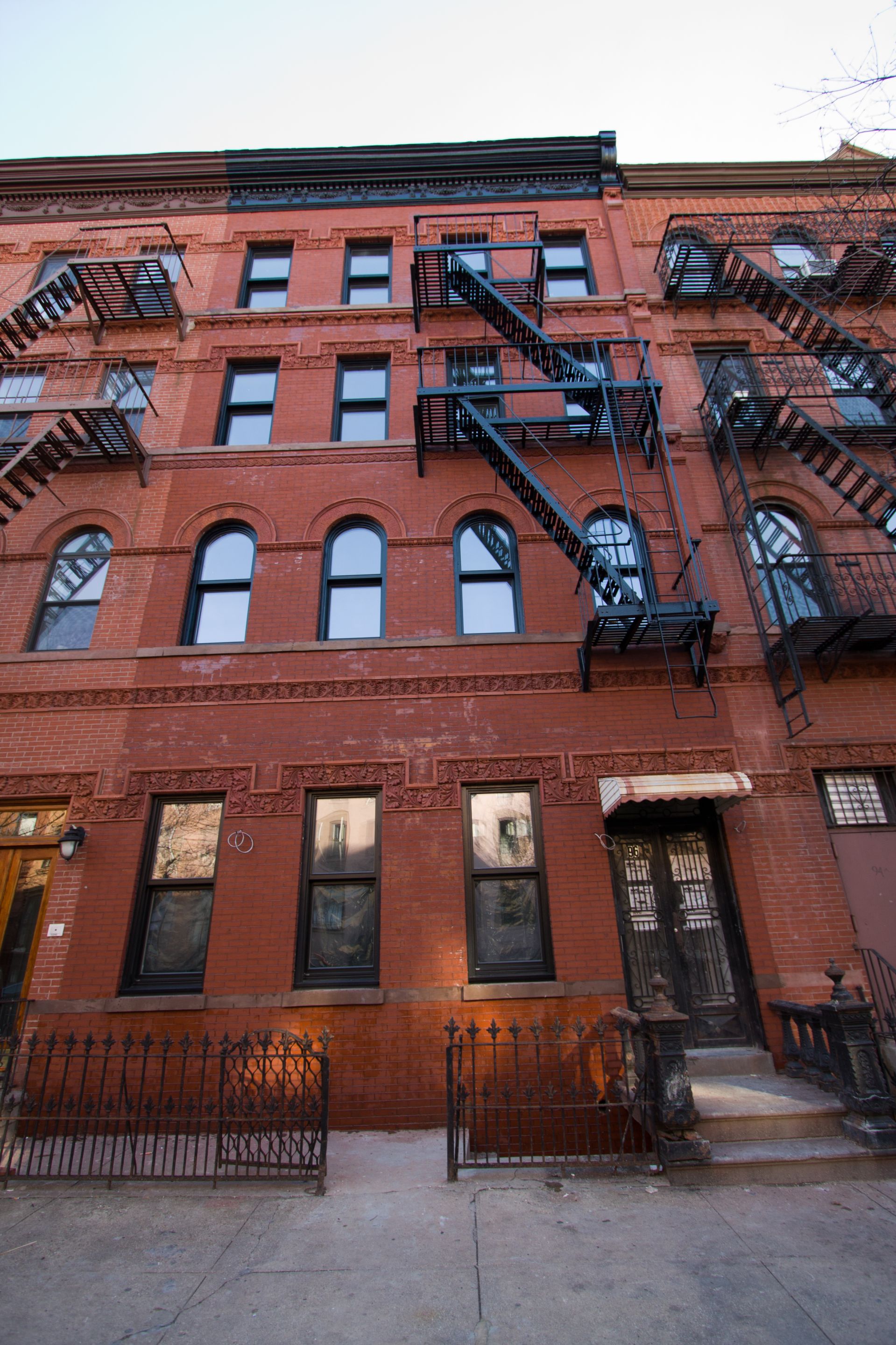 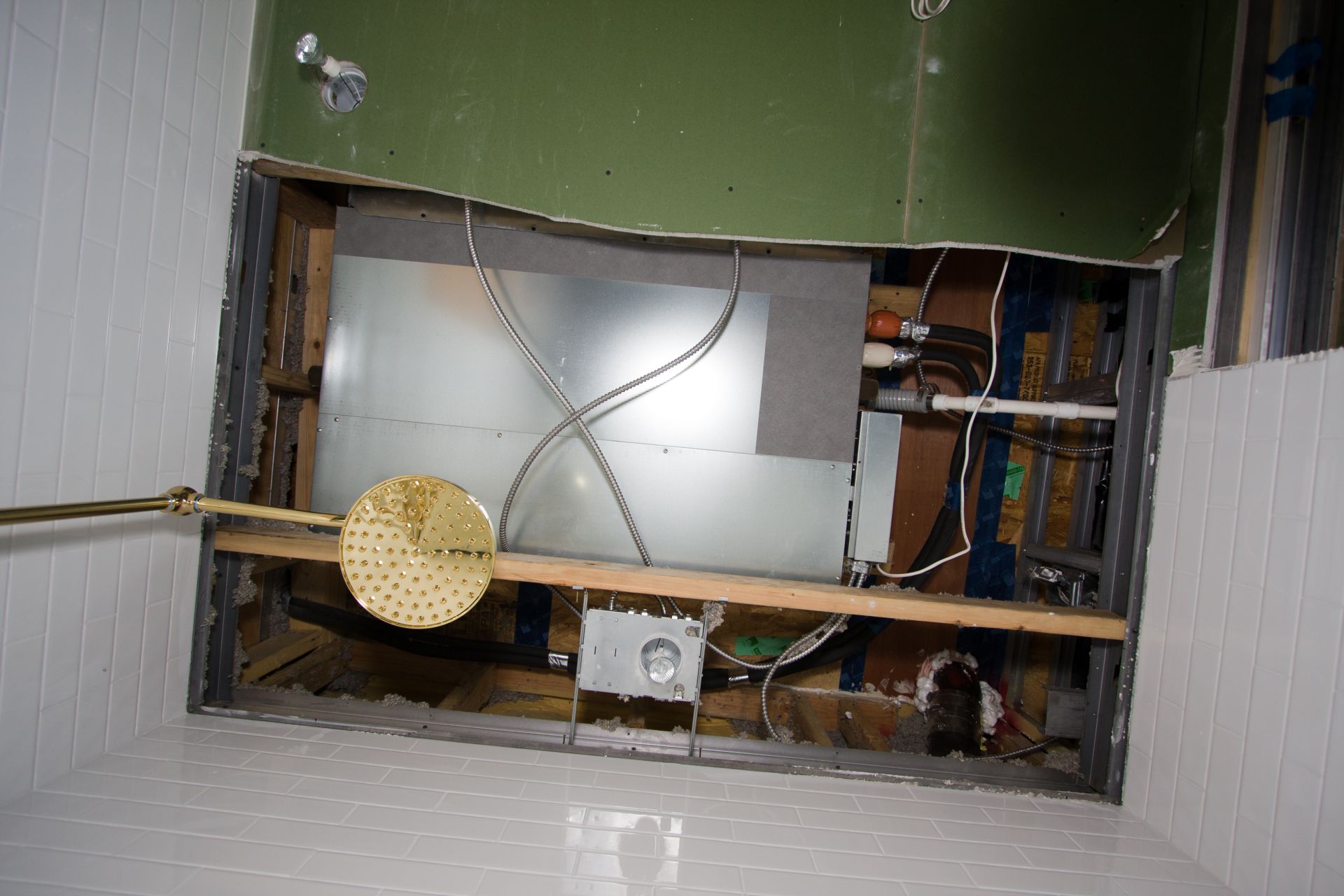 Ventilation systems are built into the ceilings (Katie LoGatto)
jhanasobserver 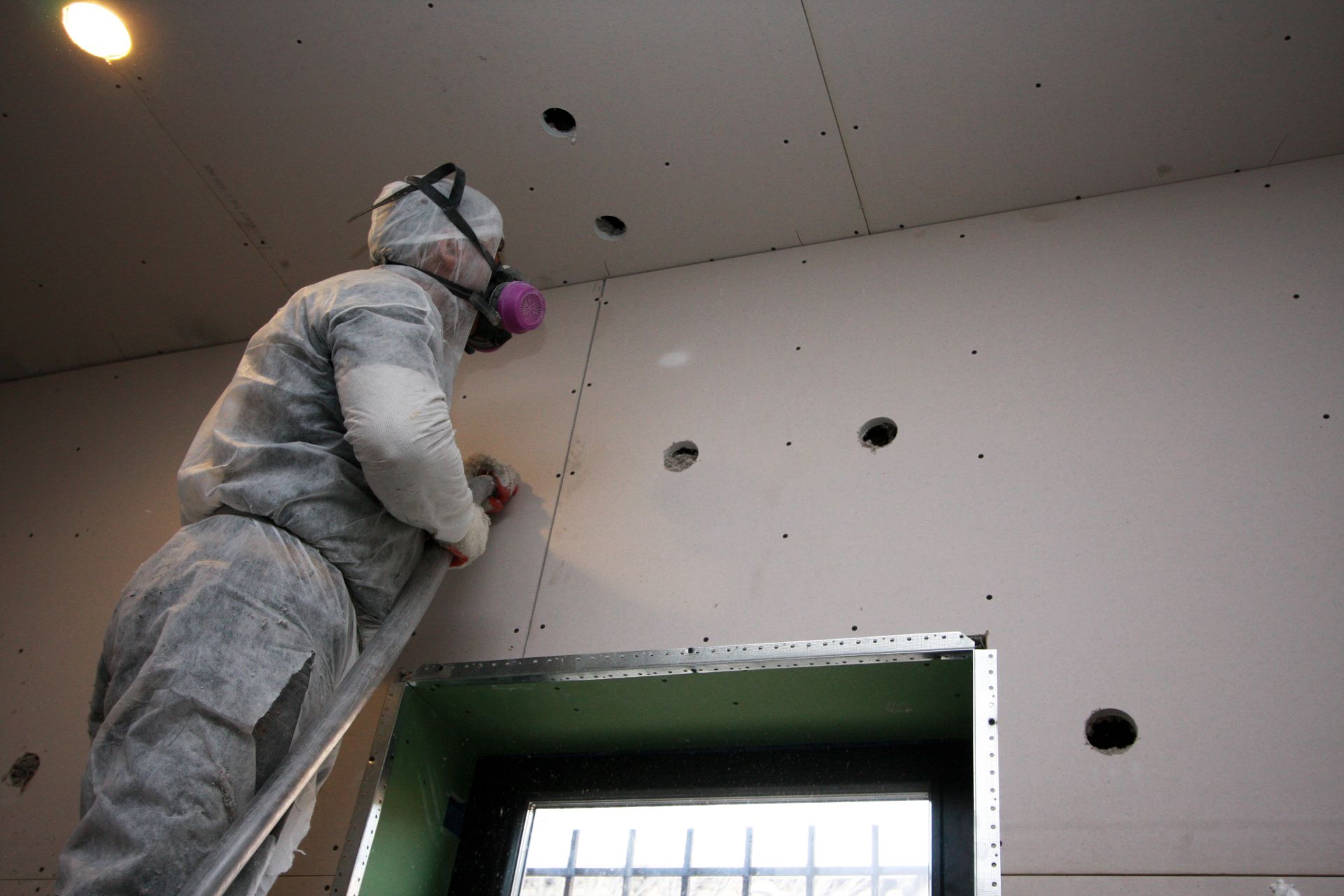 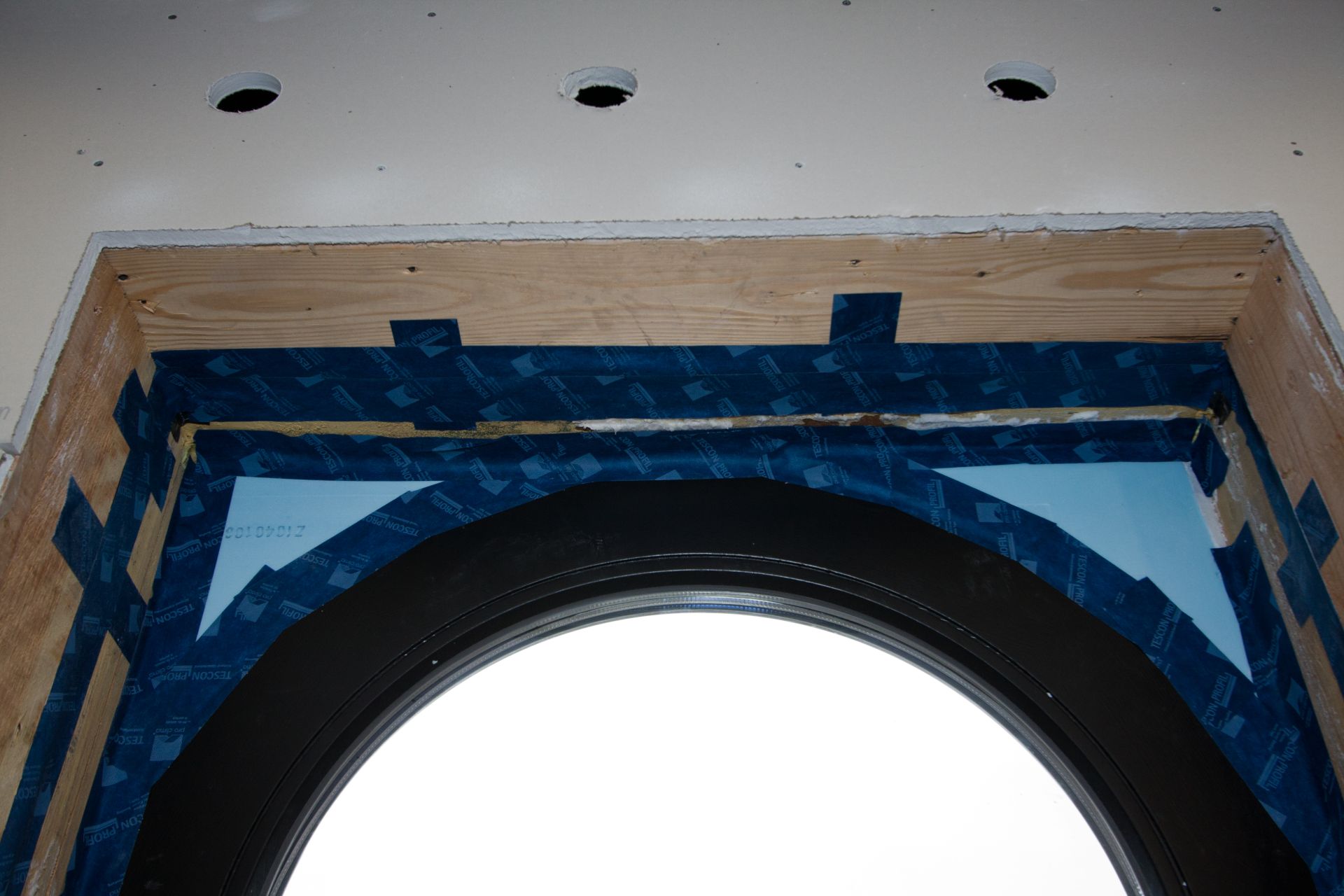 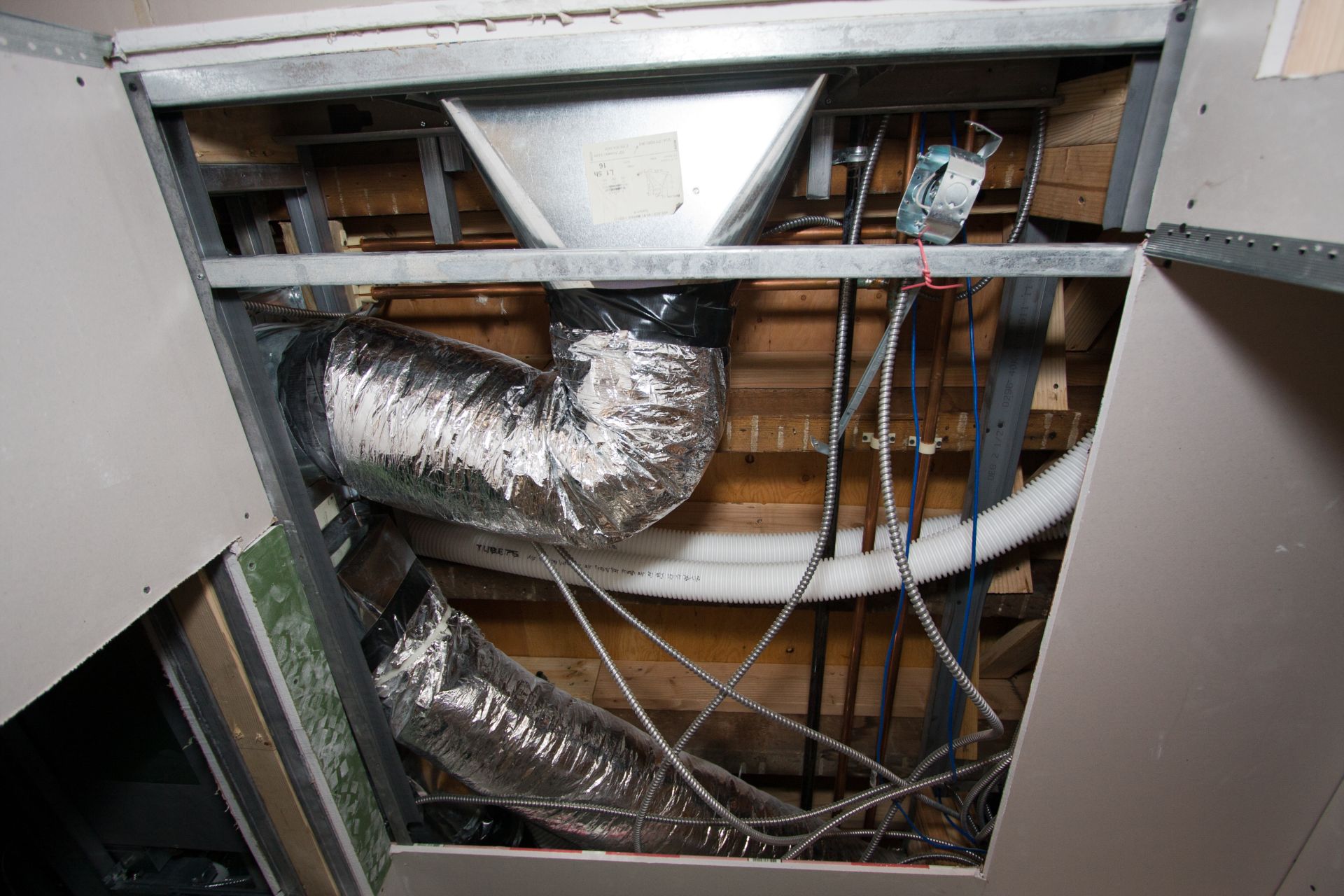 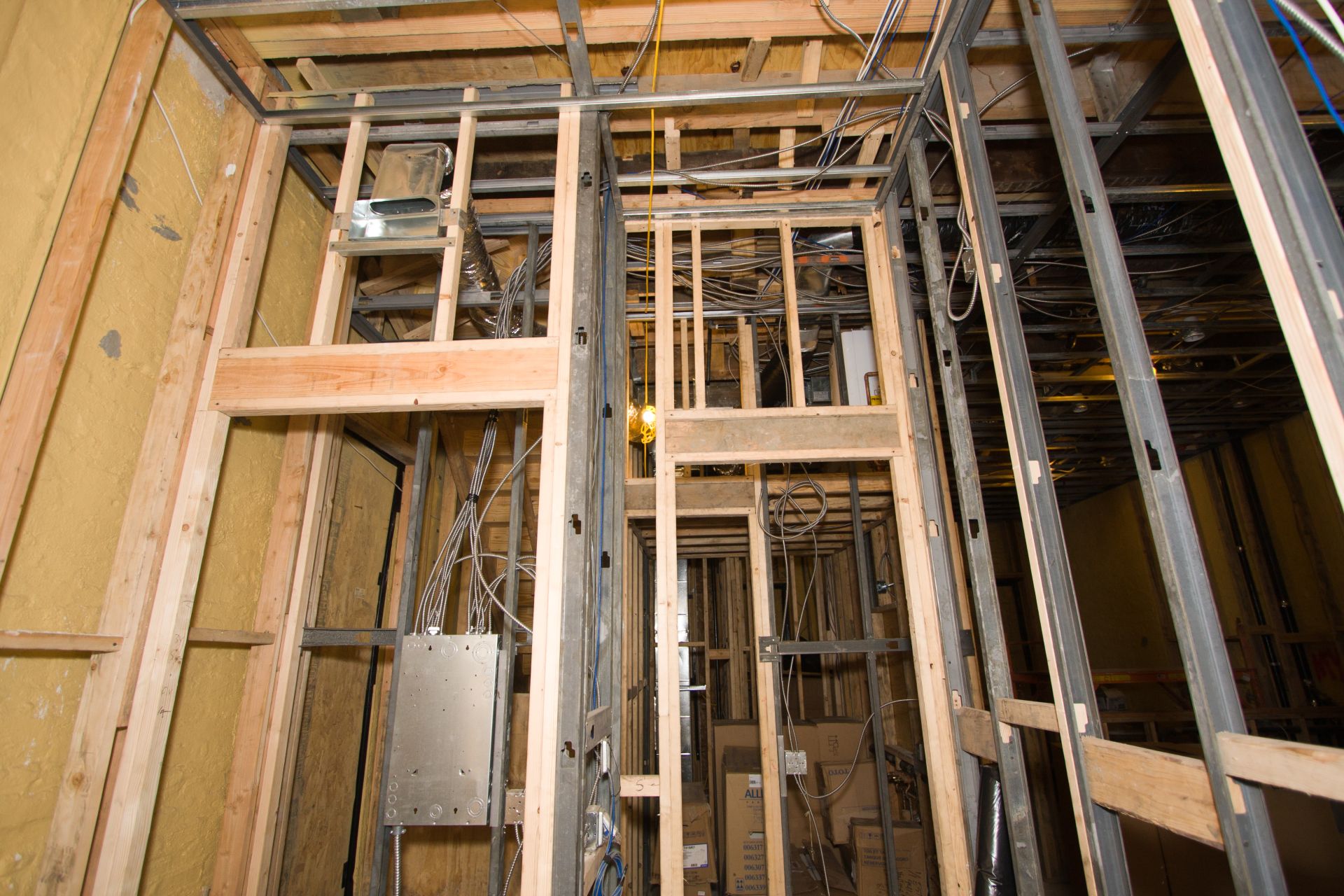 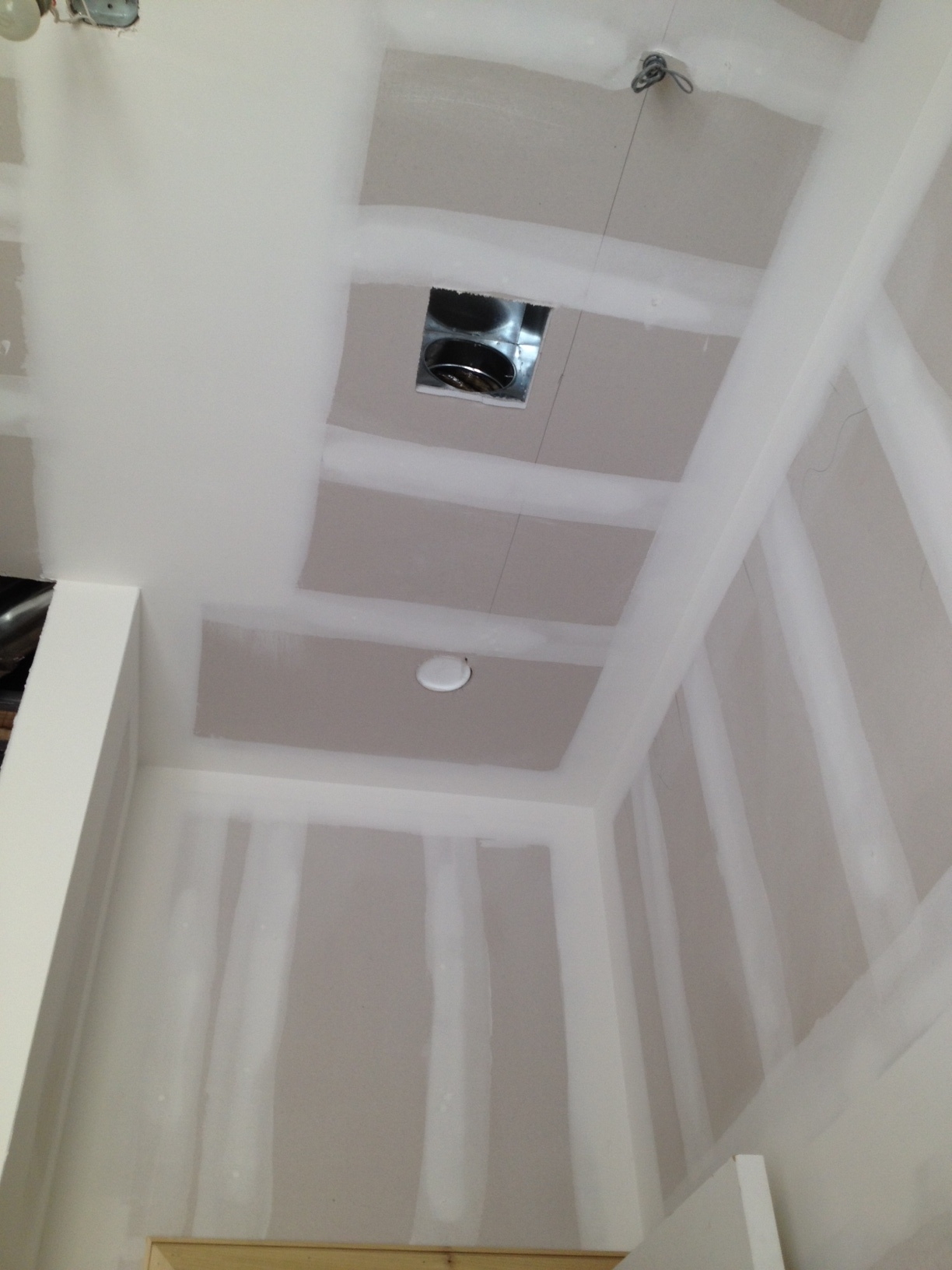 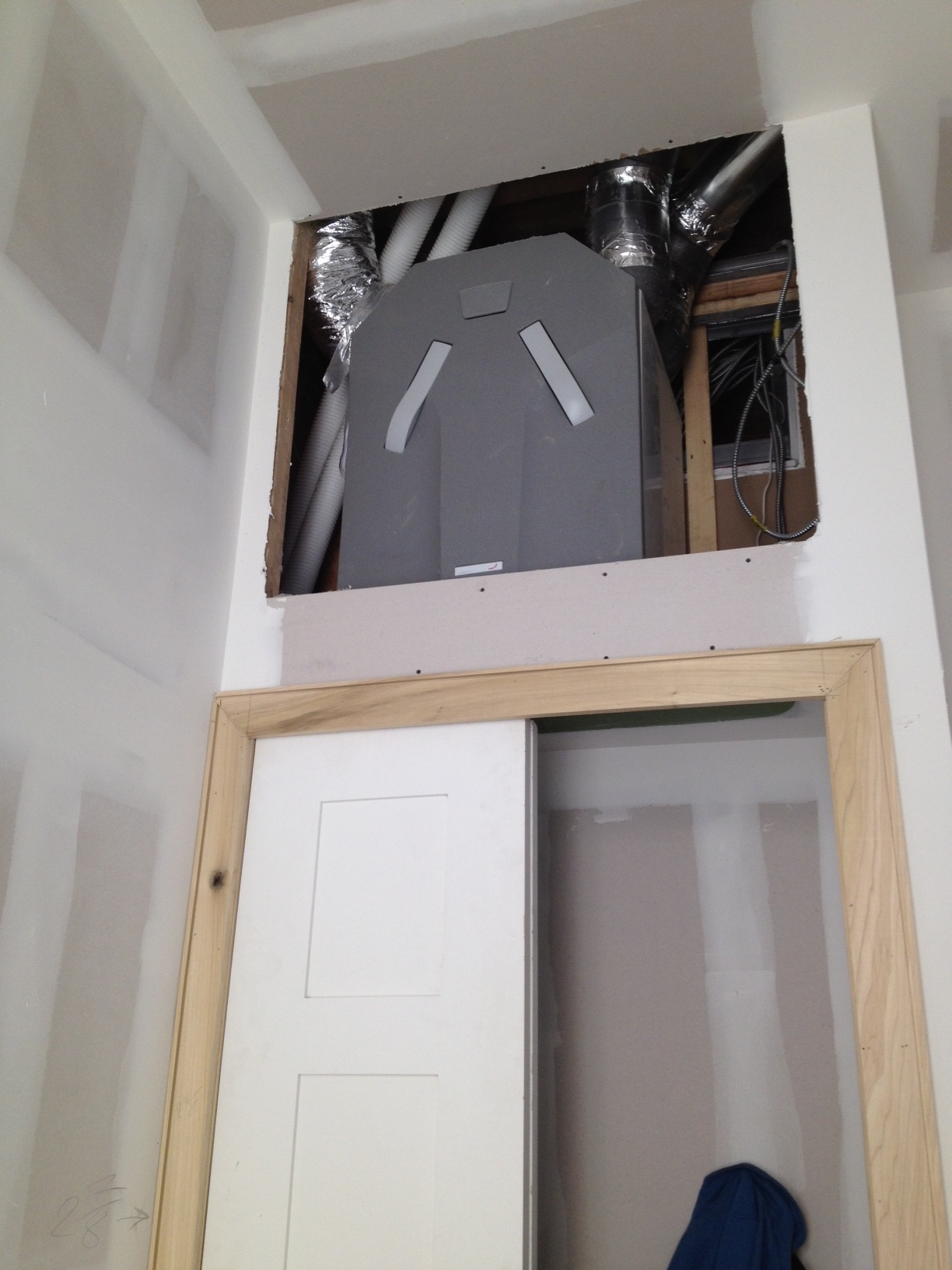 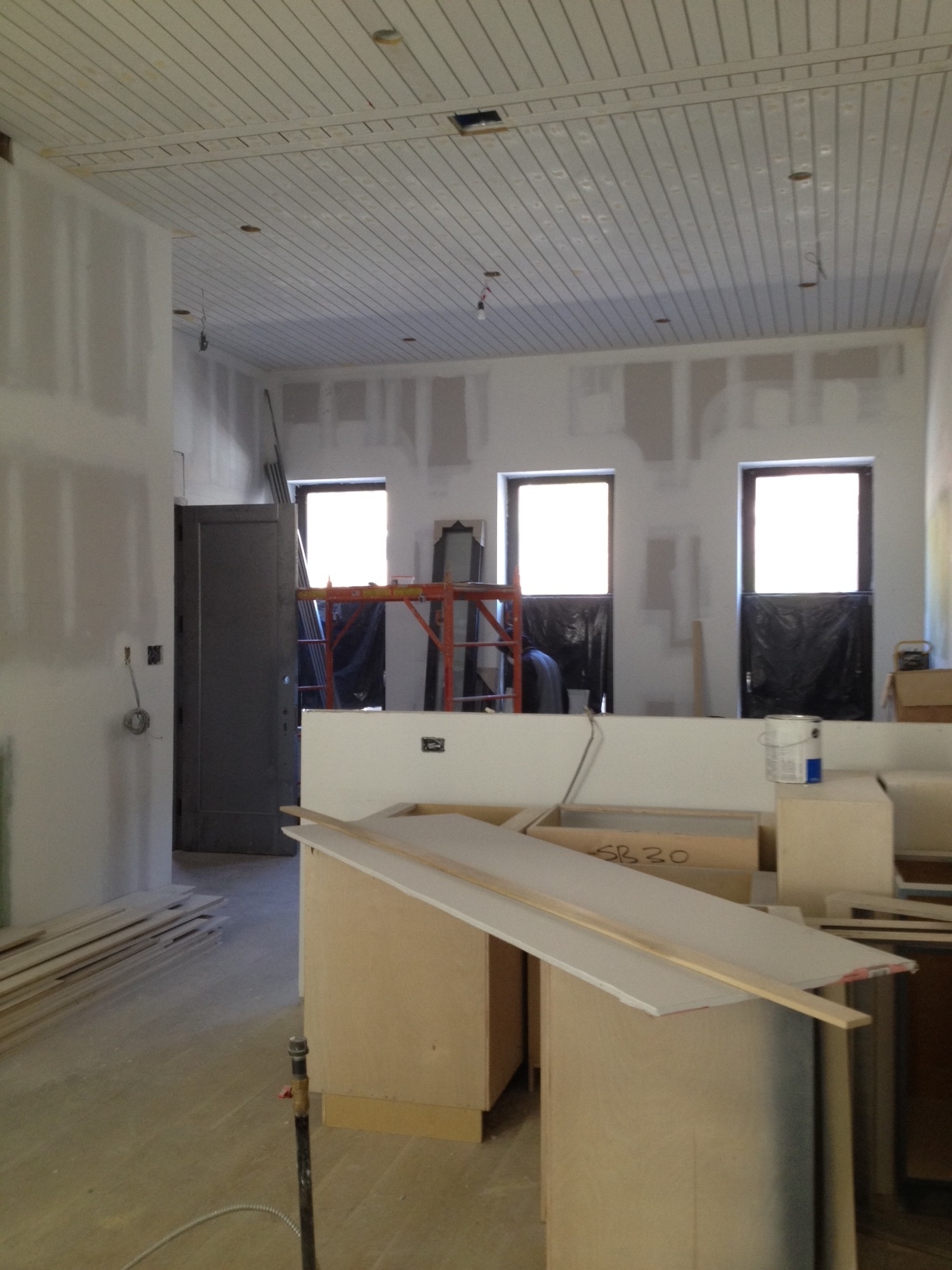 The condos are not yet priced, but construction is coming to a close (Kim Velsey)
jhanasobserver 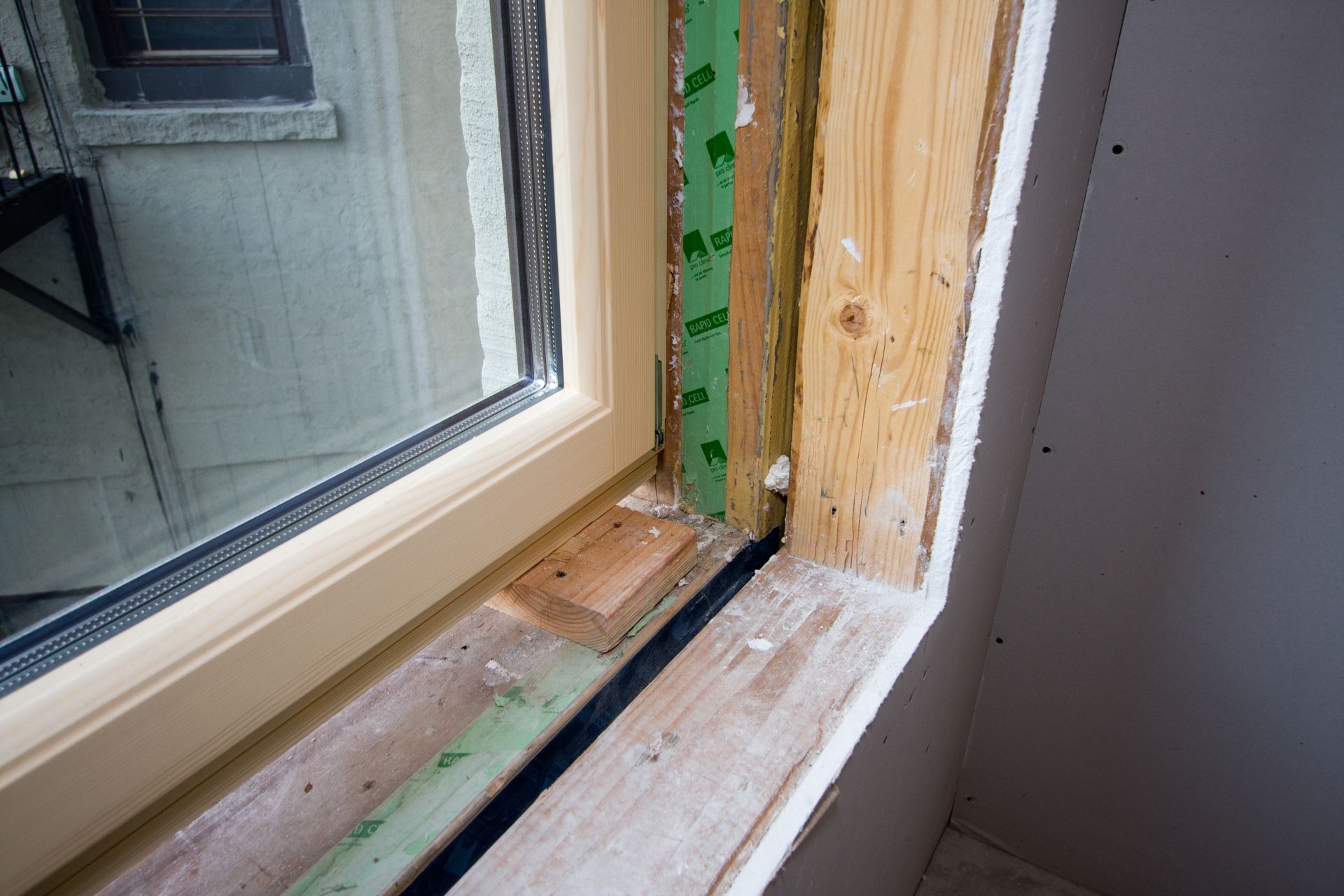 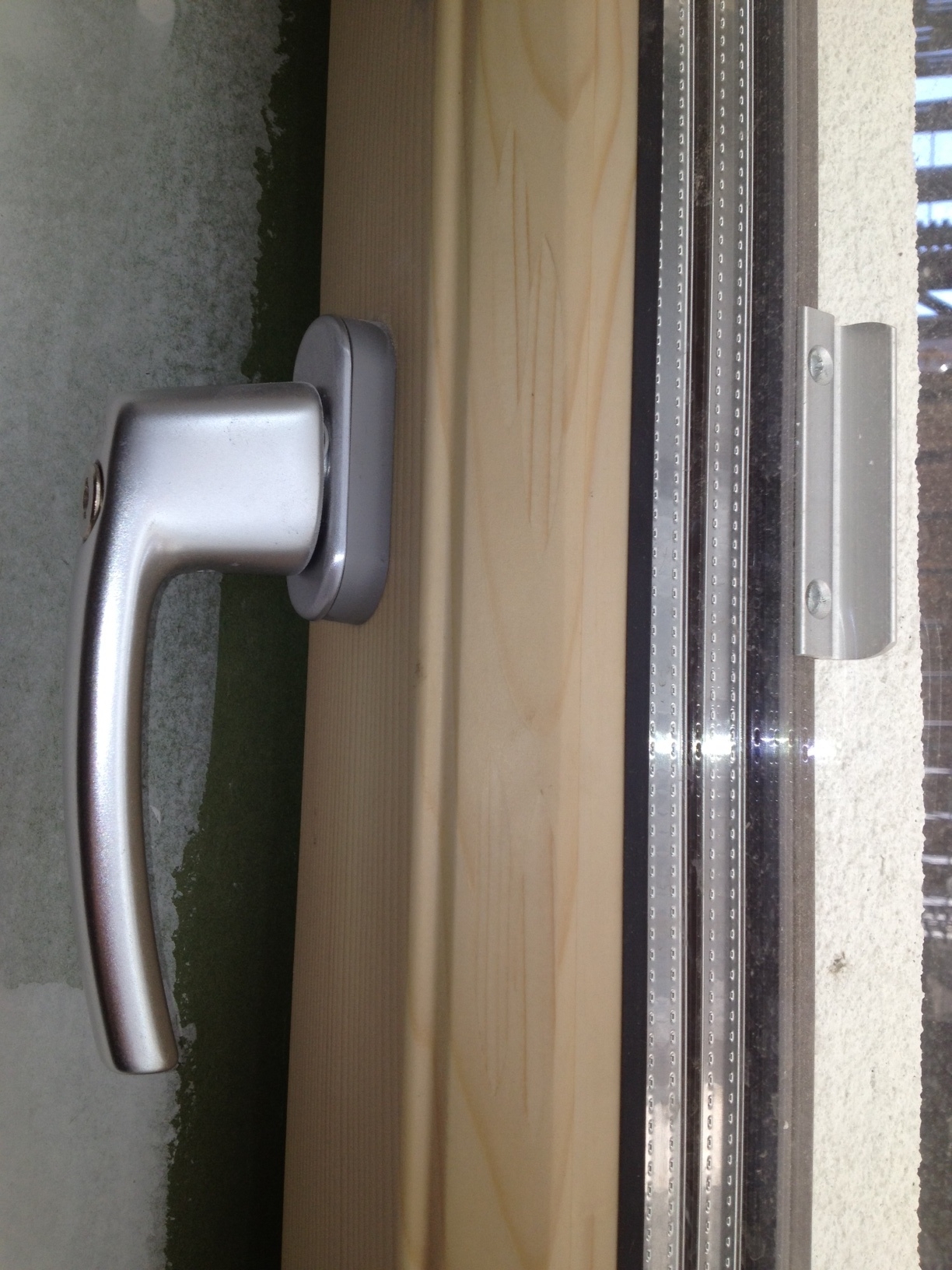 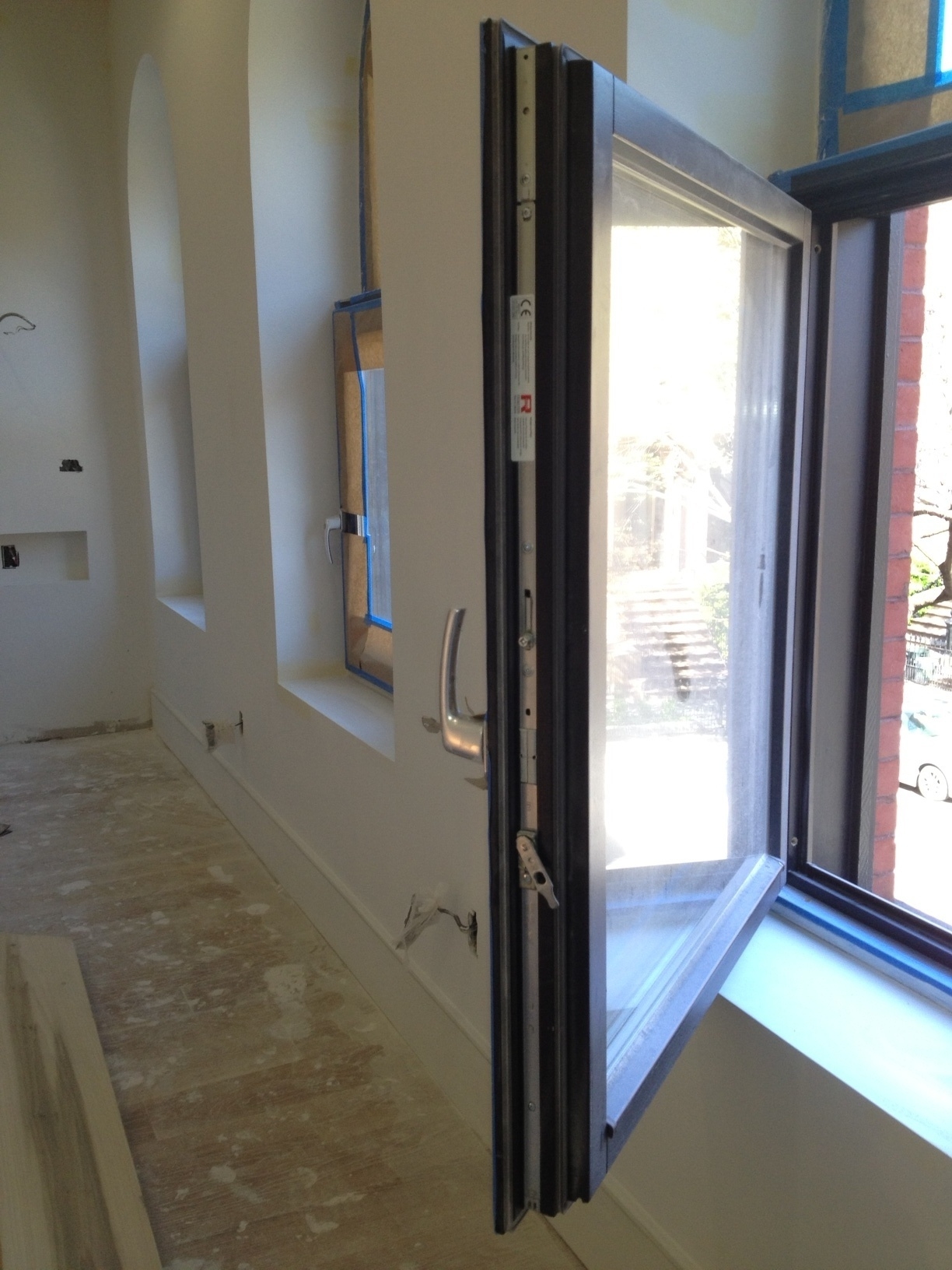 One of the home's triple-paned windows. No more drafts! (Kim Velsey)
jhanasobserver 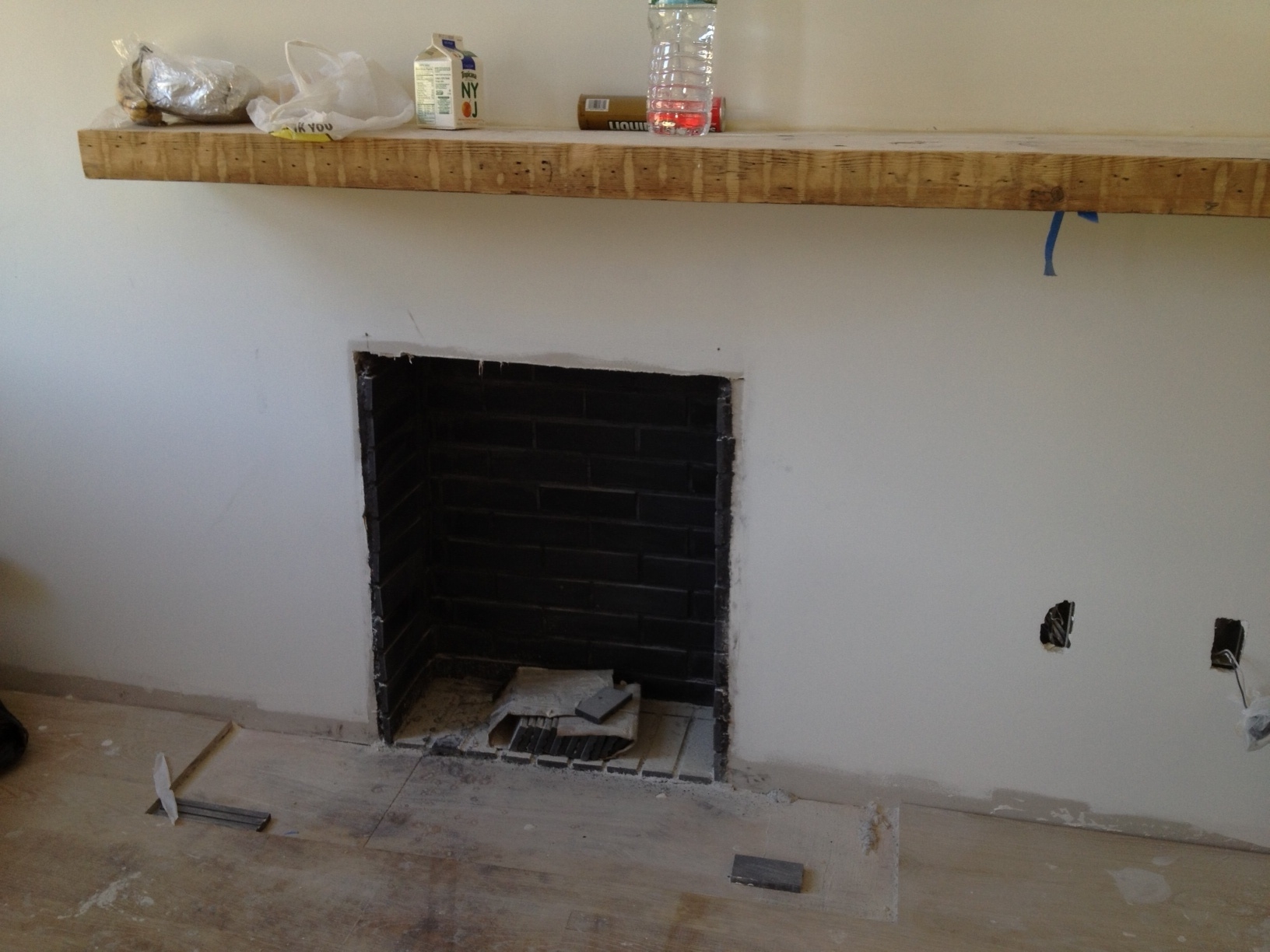 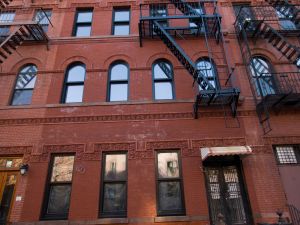 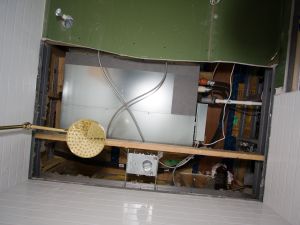 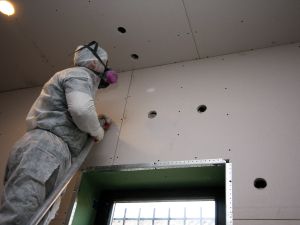 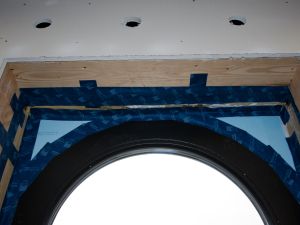 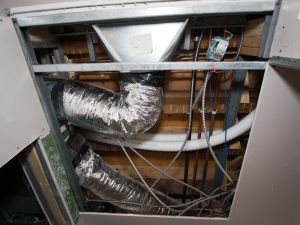 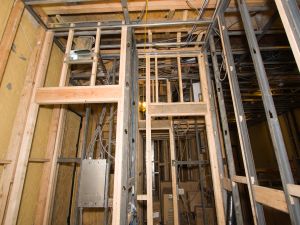 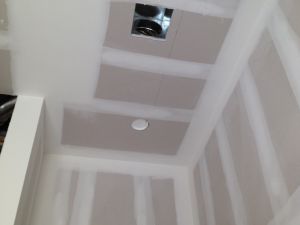 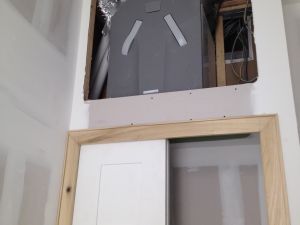 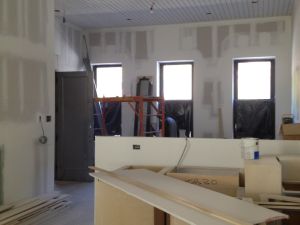 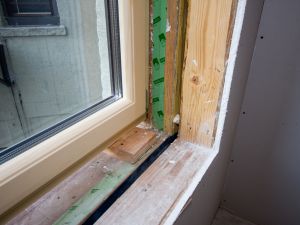 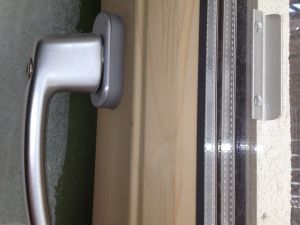 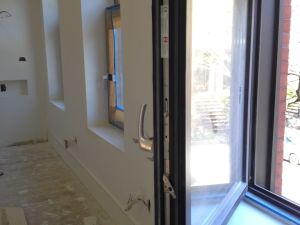 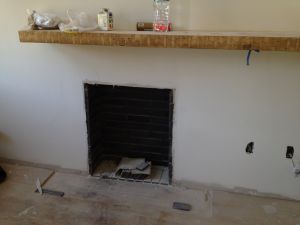 However, the Prospect Heights house is the the city’s first multi-unit building to be built, or in this case retrofitted, to meet the über-stringent environmental standards developed by the German-based Passive House Institute (among other things, the house must maintain a comfortable indoor temperature without really using active heating or cooling systems, reducing the house’s energy consumption by 90 percent).

Having never seen a passive house before, The Observer expected at least some clunky sign of the building’s conversion when we visited the still under-construction home a few weeks ago. But, no. No weird metal ducts or shiny solar panels. Did the future of green building really look so much like the past?

Well, yes, developer Brendan Aguayo said, which was kind of the beauty of the whole concept. Any house can be built as a passive house, and any house can become a passive house. (No geodesic dome was this!) Passive houses are all a matter of insulation and ventilation. A lot of insulation, to be fair—triple-paned windows, six inches of cellulose blown into the walls, plastic sheeting, and multiple layers of a waterproofing/air barrier compound called Sto Gold painted on the walls—but still, nothing super fancy or particularly newfangled.

“It’s basically good building practices done to the extreme,” said Mr. Aguayo, who gave The Observer a sneak-peak of the soon-to-hit-the-market condos (the building will have three two-bedroom units measuring 825-square-feet and a 1,400-square foot duplex on the first floor).

The general principle behind passive is to make the building airtight—”a bubble, or a thermos,” as Mr. Aguayo put it—with a ventilation system constantly filtering the home’s air, passing fresh air through heat trapped in the kitchens and bathrooms.

“Some people have this misconception—‘I can’t open a window’ or ‘I’m going to die of CO2 poisoning,’” Mr. Aguayo said, unlatching one of the windows with a chuckle. Besides windows that open, the house also has heaters and air conditions (even if residents aren’t really expected to need them) and fireplaces? in every unit.

What charming relics of the home’s former heating technologies, we mused. Were they functional?

Wrong on both counts. They were, in fact, brand new faux fireplaces.

“I liked the idea of it—something different to look at,” said Mr. Aguayo. He shrugged. “I guess we’re letting them know that they never need to use a fireplace.”

Basically, the only thing you won’t see in a passive house is exposed brick. (“Very, very cold, you’re going to lose a lot of energy that way,” said Mr. Aguayo, confirming what we know to be true from visits to many hip but chilly apartments).

The Passivhaus Institut, which administers the passive house standard, estimates that there are about 32,000 passive houses worldwide. They have become increasingly popular in Europe but are still something of a rarity in the U.S., with less than 20 houses certified, and only a handful in New York.

Inside 96 St. Marks, workers were coming to the end of a year-long retrofit, painting and sanding. Each unit had white walls, wooden floors, high ceilings,  generous windows, expensive-looking coppery bathroom fixtures and peek-a-boo style flaps and doors that revealed glimpses of the labyrinth of ventilation ducts running through the house (the ventilation system has several settings, including “boost” mode for events like parties, which can become stuffy in a sealed house).

Although Mr. Aguayo has long been involved with construction projects through his family’s business, 96 St. Marks is his first as developer (he’s working with development partner Martin Handler). It’s also his first passive house.

“I got this building at a price I felt comfortable doing a trial run with passive,” said Mr. Aguayo. Purchased for a little under $1 million, he estimated that gut renovating the building as a passive house has cost about 10 percent more than a normal gut renovation (The windows are one of the most expensive items. Mr. Aguayo said that the windows for 96 St. Marks cost $60,000, whereas fairly high-end windows on a normal conversion would have cost about $18,000). Pricing on the units has yet to be determined, but Mr. Aguayo said that he’s had a lot of interest.

“And even if someone hated passive houses, at least they get a nice condo in a good location.”

Mr. Aguayo admitted that the first retrofit process had involved something of a steep learning curve—sealing up the home’s air barrier is particularly vexing—but he’s already planning a new passive project in Park Slope. Given the neighborhood’s history of lifestyle one-upmanship, it’s hard to see how such a project would be anything but wildly popular.

“People are already realizing technology has been proved in Europe and it has a track record so we’re not reinventing the wheel,” Mr. Levenson said in a phone interview with the Observer. It’s a low risk proposition once the clients think through it, that they come to the realization that it would be kind of crazy not to do. You’re either going to be one of the first houses of the future or one last houses of the past.”

But what is it actually like to live in a passive house? Does one miss drafty corridors or clanking radiators?

“Not at all” said Elsie Kagan who renovated a Park Slope rowhouse to passive house standards a few years ago. It didn’t quite pass the test, but Ms. Kagan and her husband aren’t terribly upset. Their house is still incredibly efficient and they were spending less on heating and cooling than they spent on the electric bill at their old place.

“The weird thing about the house is you don’t notice it most of the time,” said Ms. Kagan. “The only difference is that it’s very quiet. We don’t hear almost any street noise. Suddenly we’ll have the window open and we’ll think ‘Why can we hear everything all of a sudden?'”

She paused, seeing if any other differences leaped to mind. She came up short.

“We blend in, we totally blend. We just have a little thicker walls and windows.”