Ms. Drescher, an advocate for amputees (she herself only having one leg) appears to play a major part in the drama of the season. The trailer begins with Ramona Singer asking if the toes on her prosthetic are “real” and ends with Ms. Drescher calling the tenured Housewife “white trash.”

“I regret having said those words,” Ms. Drescher told The Observer by phone yesterday. “I have a much larger vocabulary than that.”

Without giving away storylines, Ms. Drescher admitted that she did feel very betrayed by Ramona. “That scene illuminated to me that friendships can certainly take up and downs,” said the mother of four. “And in that way the show—art, in quotation marks—imitated life. Ramona and I did not start out that way.”

As for her father, the 80-year-old widower who talks like Hugh Hefner, Ms. Drescher has nothing but love. “He’s living life to the fullest. He’s a dashing, brilliant playboy. My father has a rich storyline in the show, and he also started out by getting along with Ramona.”

Ms. Drescher pauses dramatically. “And…well…I can’t say the same for the end of the season.”

As for her other new cast mates, Ms. Drescher is quite fond of Carole Radziwill: “She was a journalist too!” The Housewife mentioned repeatedly during the conversation, and positive that The Observer would get along fabulously with the widow of Jacqueline Kennedy Onassis’ nephew.

Despite her friendship with Ms. Radziwill and her tempestuous quarrels with Ms. Singer, Ms. Drescher denied that the ladies teamed up “Newsies versus Oldies.” Ms. Drescher also managed to maintain some perspective on the “reality” of Real Housewives. “It was like an sociological study: we were essentially forced to make the kind of friends over the course of four months that would usually take you four years to become that close to.”

As for the rumors that her cousin-by-marriage Fran Drescher, didn’t approve of someone from the family being on a reality show? Ms. Drescher said that the footage would speak for itself. “Fran said she used to not like reality shows until I started doing them. She came on the show, and she said to me afterward, ‘Do you think I would ever say things about the show and then come on it? I definitely think those quotes from her were misconstrued.”

Even though she hasn’t seen much of the season besides the sizzle reel that was played for the Housewives on Wednesday night during Andy Cohen’s Watch What Happens Live, Ms. Drescher believed the whole experience was worth it, if only to get the word out about her philanthropic efforts and raise awareness for amputees.

“If children and teenagers at home with disabilities watch this show and see me running around and married with children…living this lifestyle…they can say to themselves, ‘Wow, I can grow up and do that too.'” 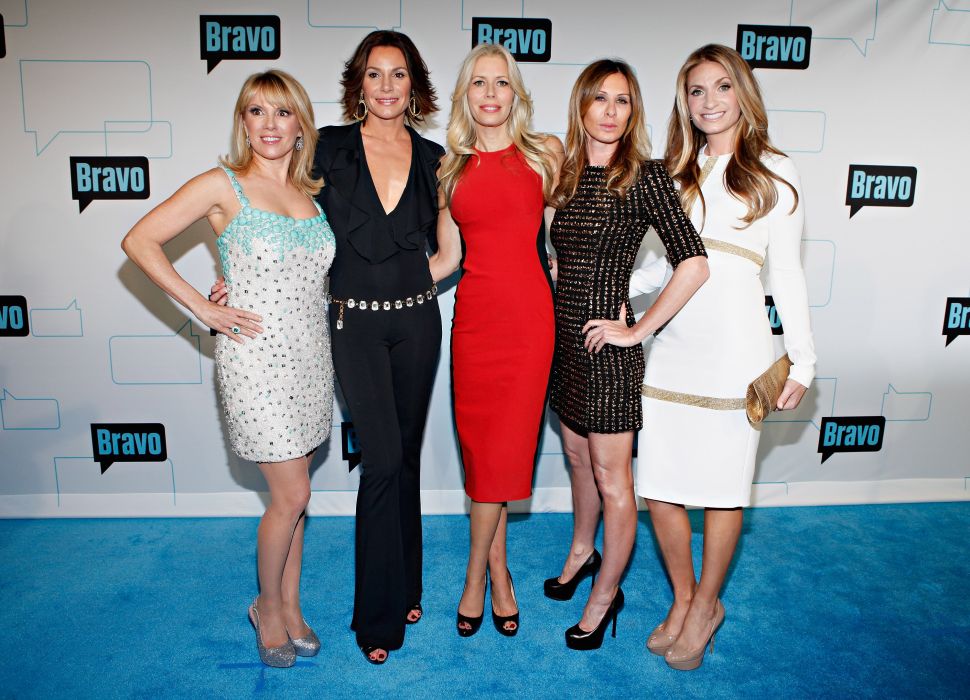