“Throughout his administration, but particularly in recent weeks, President Obama has been passing off campaign travel as ‘official events,’ thereby allowing taxpayers, rather than his campaign, to pay for his reelection efforts,” Mr. Preibus wrote. “Given the recent excesses, waste, and abuse uncovered in the General Services Administration, the GAO should be particularly sensitive to misuse of taxpayer dollars.”

Mr. Priebus cited President Obama’s “speeches to cheering crowds of college students” in North Carolina and Colorado yesterday as well as his planned appearance in Iowa today and a recent trip to Florida.

“Please note that President Obama traveled to three states largely considered to be electoral battlegrounds to promote this legislation. One might imagine that if this were genuinely a government event he might have stopped in a non-battleground state like Texas or Vermont,” Mr. Priebus wrote.

Mr. Priebus said the president has held “dozens of events” that benefitted his re-election effort during his three-and-a-half years in office.

“It is a pattern of behavior that is worsening,” Mr. Priebus wrote. “We request an immediate review of this matter and a formal inquiry into whether this pattern constitutes fraud.”

President Obama is due to hold two more rallies in crucial swing states, Ohio and Virginia, on May 5. Being able to push policy messages on the White House’s dime has long been cited as an advantage of incumbency in presidential elections. President Obama began his campaign push six weeks later in the election cycle than his predecessor, George W. Bush did during his 2004 re-election effort. 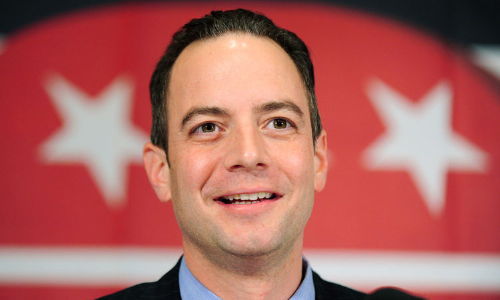