TRENTON – The woman whose injuries in a road-rage accident led to the signing today of a bill that increases penalties for such crimes talked about the consequences of that driver’s actions.

Jessica Rogers of Hamilton Township criticized the light punishment given the driver whose accident led to her injuries.

“I’m serving a life sentence, if you think about it,” she said. “Four months is nothing. I think it should have been longer.”

Since the road rage accident seven years ago, Rogers said that she is not able to do many things others can do without thinking about ittt. She can’t dress or shower by herself. Her brother and father help put her to bed and she had to sleep on her side because of bedsores. On a bright note, she could put on make-up and brush herself, she explained.

In the future, Rogers hopes to become a psychologist, helping people with spinal cord injuries.

She hopes the road rage law Christie signed today, which upgrades road rage penalties from a disciplinary offense to third- and fourth-degree offenses, will serve as a deterrent. 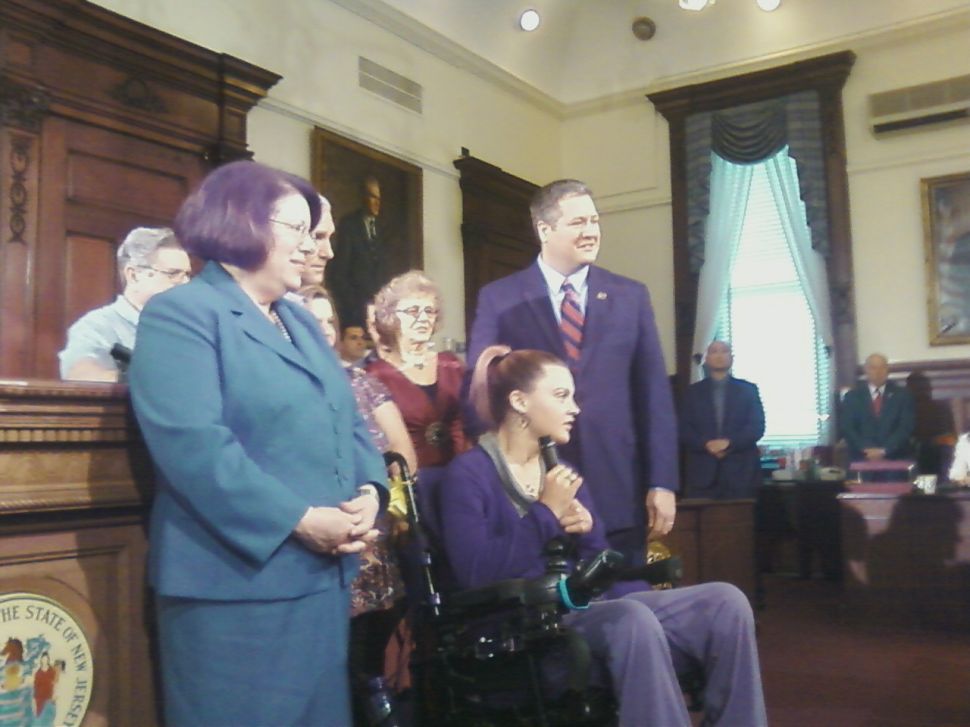