In December of 1991, Bernadine Morris wrote that designers were trying to find a way to have longer skirts catch on with the public after 20 years cropped styles. “Still, the mini will not disappear,” she wrote. “Designers will do their best to keep a balance.”

That seemed reasonable, if that just two years prior, Ms. Morris had written almost the exact same story. Her June 13th, 1989 piece, “Summer Comfort, in Long Looks” ended with a very similar line. A woman walking down Seventh Avenue told Ms. Morris, “We don’t want to invest in good clothes that cost a lot of money and then be told we can’t wear them more than one season. I feel comfortable in long skirts and in short ones. I plan to wear them both.”

Of course, The New York Times isn’t the only offender. Across the seas, Harriet Walker wrote in The Independenton January 17th, 2011 that long skirts were indeed making a comeback, without acknowledging that they’ve apparently been in the comeback stage for over two decades.

“The long skirt has, understandably enough, gained something of a reputation for being for fuddy-duddies—a bit droopy, a bit (apologies here) ‘art teacher,” Ms. Walker opined, before ending her piece in the style of her predecessors with a quote from Caroline Evans: “Fashion is defined by rapid style changes. It never stands still …After all, nothing is less fashionable than the recently out-of-fashion.”

“Saying that skirts are in trend is like saying pants, t-shirts or jackets are in trend,” Houghton Creative Director and stylist Katherine Polk told The Observer.

Now that’s a good idea for a Styles Section trend story if we’ve ever heard one: “T-shirts: What the well-dressed women are wearing.” 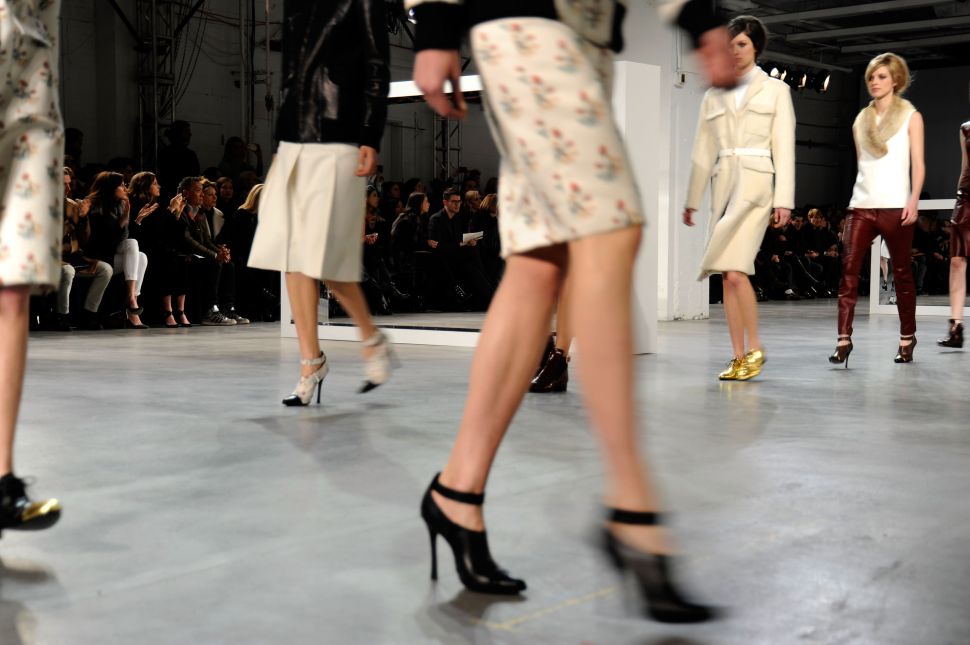