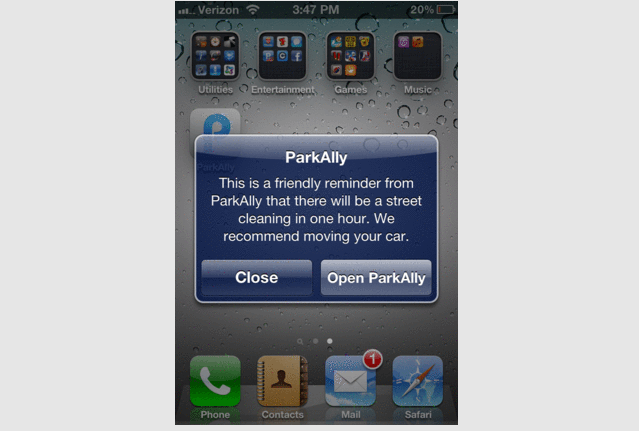 Team: Zachariah Reitano and Mason Silber
"An application which simplifies the search for available parking spots and eliminates the inconveniences associated with parking in heavily populated areas. ParkAlly also enables users to trade parking spaces. Using the app, an individual can list their parking spot, the time they intend to leave and the price they would require for devoting their time to accommodate another individual’s needs. Then, an individual in search of a spot can find it at the location, time, and price they desire. Those willing to invest a small amount of time to coordinate a trade can be paid for their effort. And for those wishing to find a spot, a small payment can guarantee a quick and efficient transaction that will save time, money and stress. ParkAlly can also prevent a user’s car from being towed by sending a reminder to move a vehicle prior to street cleanings." 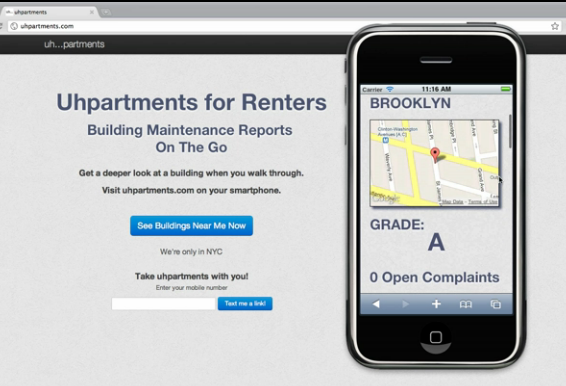 Team: Sam Bauch
"Uhpartments - provides building maintenance reports for those users seeking apartments. The mobile-optimized uhpartments.com asks users to share locations and gives reports for nearby buildings. Reports are generated by reports to 311 that are routed to the Department of Housing Preservation and Development, include issues such as the presence of vermin, leaks, and heating problems. An Uhpartments Report then gives a grade for the building based on the number of complaints HPD has received, and also adds relevant neighborhood information, including aggregate rental listings data from StreetEasy, local businesses recommended by Foursquare, the closest laundromat registered with NYC, and nearby train stations." 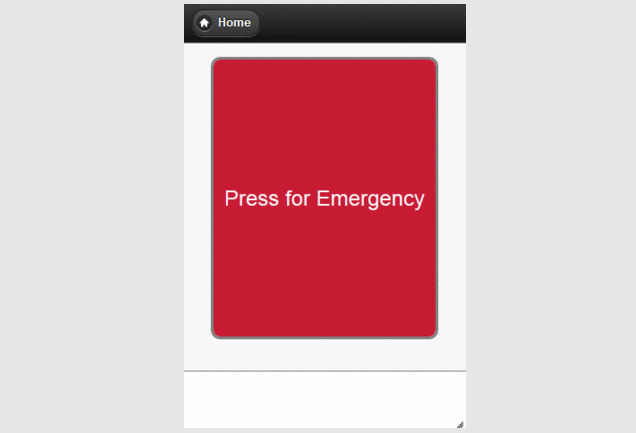 Team: John Yung
"A personal emergency web mobile application which helps alert the nearest Police Precinct, provides a custom emergency phone number by SMS or provides a pre-scripted voice message or a custom email by simply pressing one Emergency Button. To start using this app, users simply customize "Settings" with emergency information they may possibly need. Once set, users can open the One Red Button Emergency Screen and simply press the Red Emergency Button to initiate the contacts set in the case of an emergency." 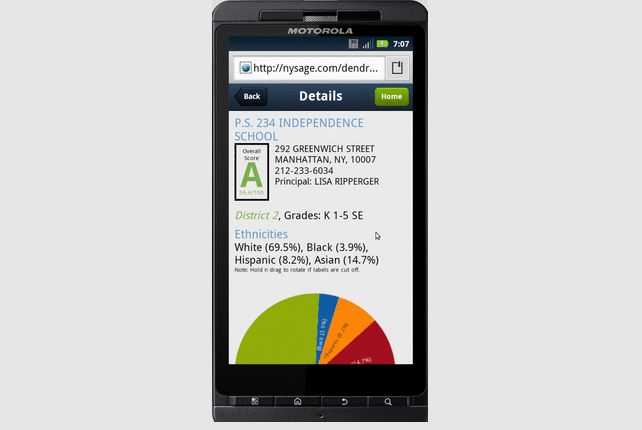 Team: Edward Yau
"Pre-K and Elementary Schools Search - a mobile application that enables parents to search by location for nearby NYC public pre-k and elementary schools. Users can search by address or name to find their zoned and nearby schools and look up basic information, as well as state exam results and NYC progress report grades. Tips about the admissions process are also offered. Sage offers a head start for those parents whose children are about to reach school age and are learning the NYC Department of Education admissions process."
Advertisement 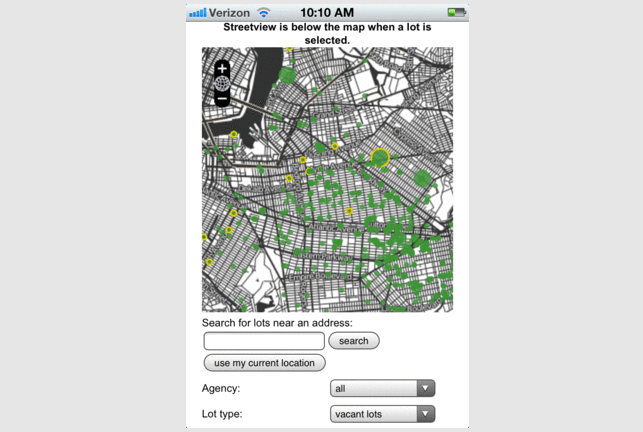 Team: Eric Brelsford and Paula Segal
"A public education project aimed at making communities in Brooklyn aware of the land resources around them. With the goal of a food sovereign New York City in mind, the project is designed to help neighbors form connections to the city-owned vacant lots in their communities through printed maps, signage and an online, interactive, and social-media-connected map. The online map helps users find vacant public land in their neighborhoods and provides tools to support communities organizing to get access to the land. Since the summer of 2011, four groups who have used 596 Acres have ultimately negotiated agreements with City agencies for official access to their targeted lots. Each group now has plans to turn the land into community-driven public space and all will be growing food and providing educational programs. Ten other community groups are currently organizing and hope to have the access to their lots by spring." 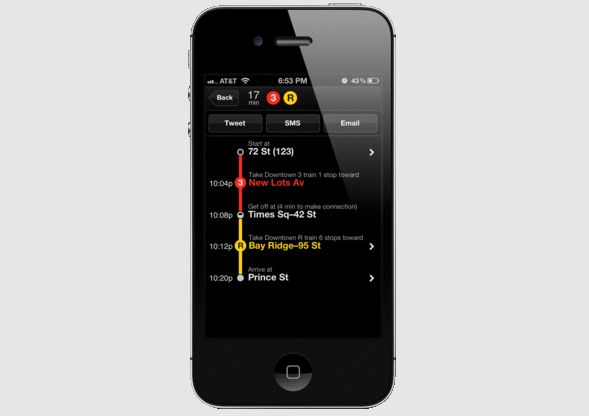 Team members: David Hodge, Taylor Malloy and Ian Leighton
"An application designed to make taking the subway simple. Embark NYC provides everything required for a user to get around on the New York subway system, and even works underground. In just a few months, Embark NYC has already helped over 100,000 New Yorkers and visitors navigate the subway, and includes tailored step-by-step trip planning accessible without a cell signal. Other features include upcoming arrivals and street maps for each station, smart geolocation and landmark search, push notifications for delays and route changes during a user’s commute. Users can also share trips via email, text message, or Twitter to coordinate plans." 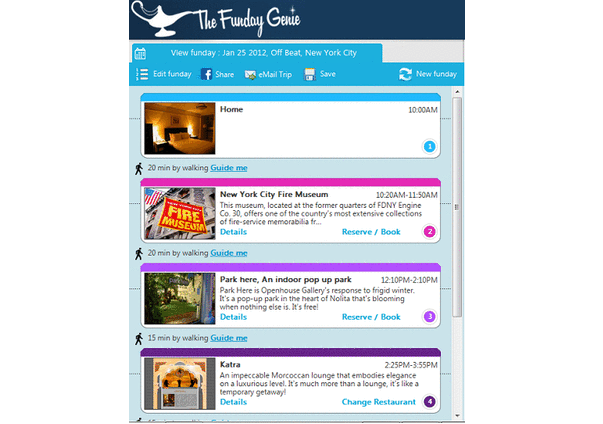 Team members: Joe Foxton, Eran Lobl, Yonit Kariri, and Shirley Cohen-Mintz
"The Funday Genie - an application designed to help users plan a free day in New York City. The unique scheduling and best route algorithm creates a smart personalized daily itinerary of free things to do across the five boroughs, including events, attractions, restaurants, shopping, and more – all based on the user's preferences." 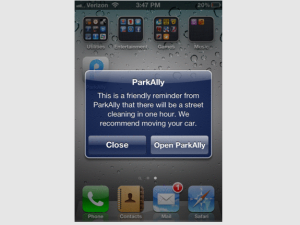 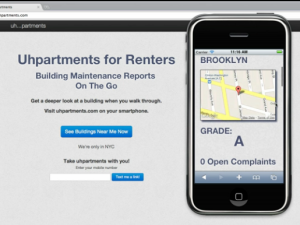 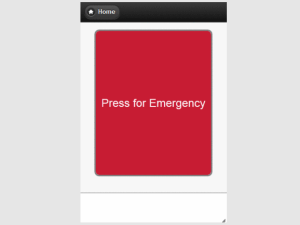 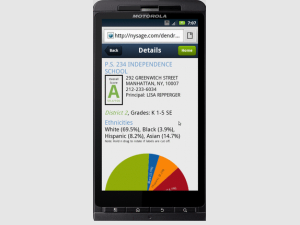 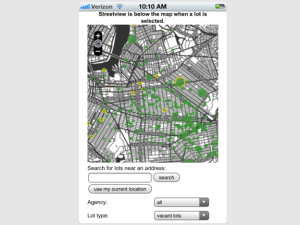 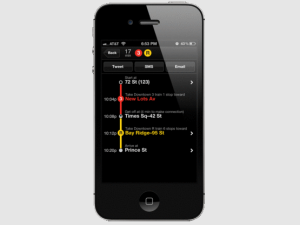 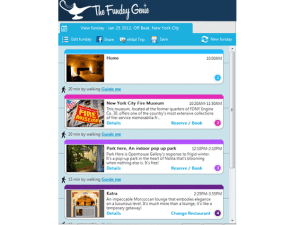 Ninety-six apps were submitted to the New York City BigApps competition, a city-run contest that encourages developers to play with government data. The winning apps were eligible to earn up to $50,000 in prize money as well as fame, fortune, and two NY Tech Meetup demo slots, two TechStars finalist spots, and membership in the inaugural mentorship network, BigApps Founders Network. The winner of the Best NYC Mashup, the category for apps that use city data alongside the data of a participating company like Foursquare, the New York Times, or Vimeo, will also get a meeting with the participating company.

The winners built apps to help residents and tourists navigate the city. This year’s competition was powered by New York’s ChallengePost. “NYC BigApps continues to be a success because of the strong ecosystem of software developers, NYC residents, judges, sponsors, and the City,” said ChallengePost CEO Brandon Kessler. “We’re heartened to see this competition and its successful results grow each year.”

More than 200 apps have been submitted over the three years that BigApps has been running. NYC BigApps has also snagged almost 270,000 unique visitors to its website, the city said in a press release.

On to the winners!